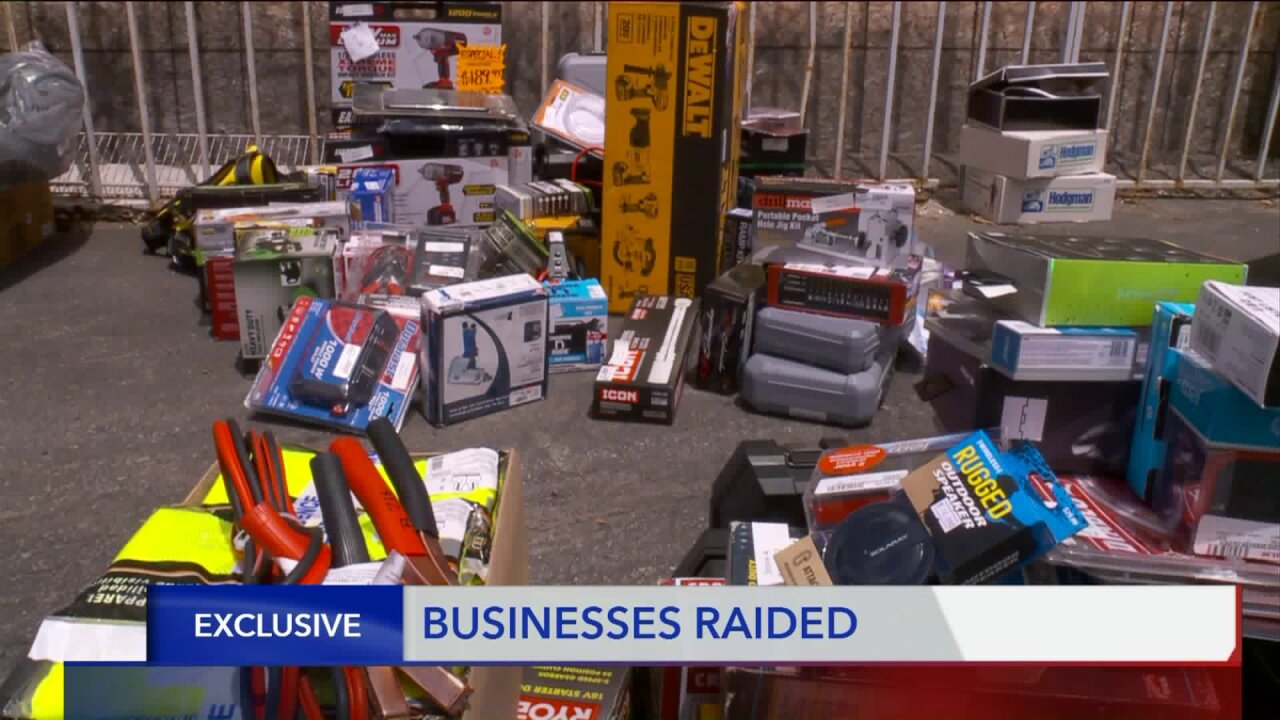 NORTHERN UTAH -- After nearly two years and the coordination of more than a half-dozen police agencies, officers moved in on several Utah pawnshops this week.

The shops are accused of conducting illegal sales by selling stolen goods, and the multi-agency raids focused on seven pawnshops in Salt Lake and Utah counties.

The investigation began after multiple complaints the locations were allegedly fencing stolen property, and the amount of property seized surprised even veteran officers.

After more than 18 months of investigation, agents with the Utah Attorney General's Office—along with detectives from several police agencies—moved in with search warrants.

Agents spent roughly 18 hours seizing pallet after pallet full of potential evidence during the raids. Compressors, power tools, kitchen appliances, household goods and electronics, landscaping equipment—you name it, and they seized it: much of it brand new.

“Each location had a lot more evidence than we even imagined,” Mutter said.  “We thought we were prepared. There’s a lot more stuff out there that we did not know about.”

No one was arrested during the raids, and all of the seized property is now evidence—material that will be turned over to prosecutors who will then determine what, if any, charges to file.

“We’re not quite sure where today will lead us," Mutter said. "Our goal today is to gather evidence, just like any search warrant that we do, and I believe that we are getting quite a bit of evidence to help us in the investigation."

Depending on the outcome of this investigation, owners and operators of the pawnshops could face potential charges, including money laundering, communications fraud, and pattern of unlawful activity.

The items seized by investigators filled four storage units and are valued conservatively at least $1 million.