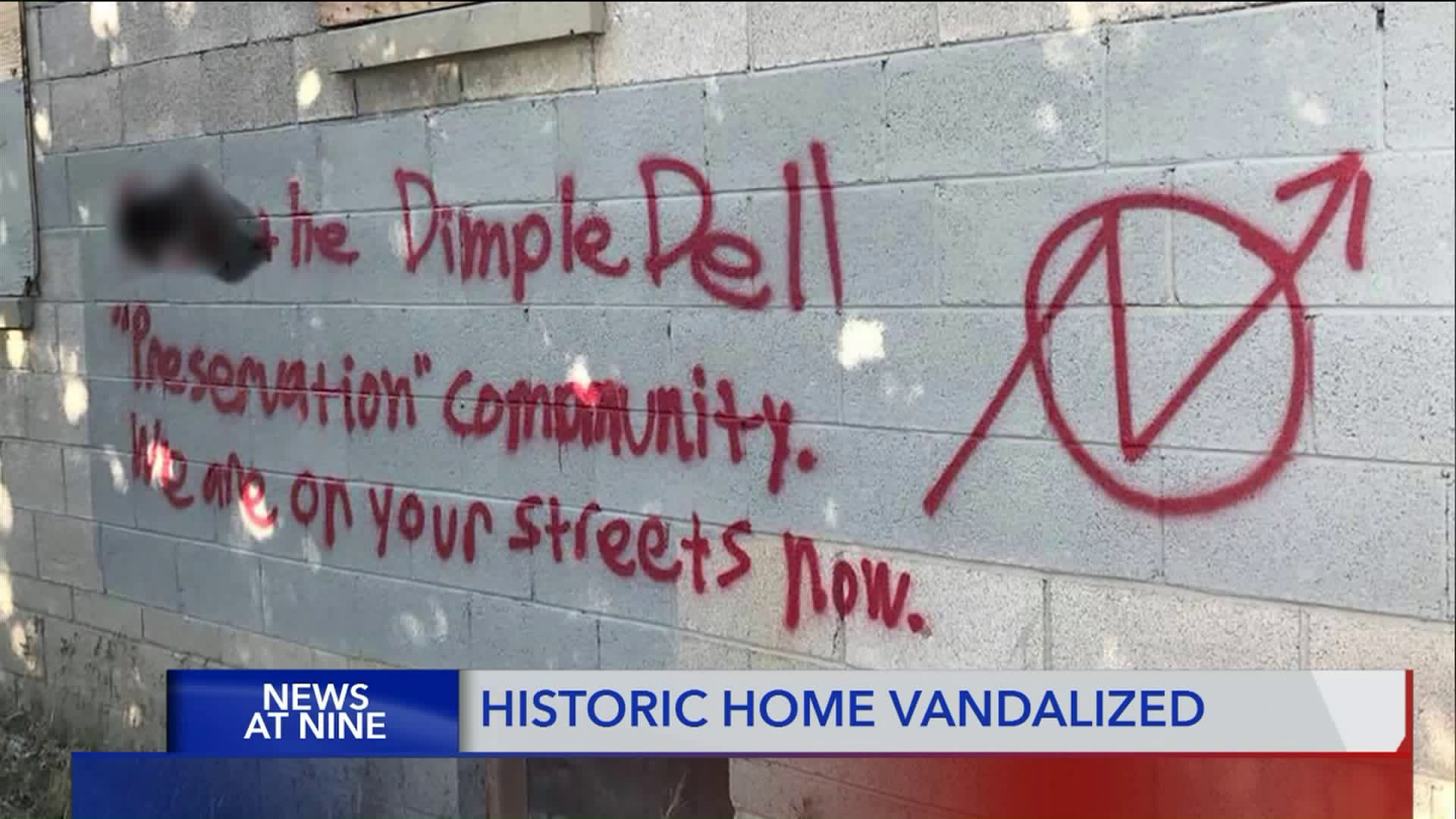 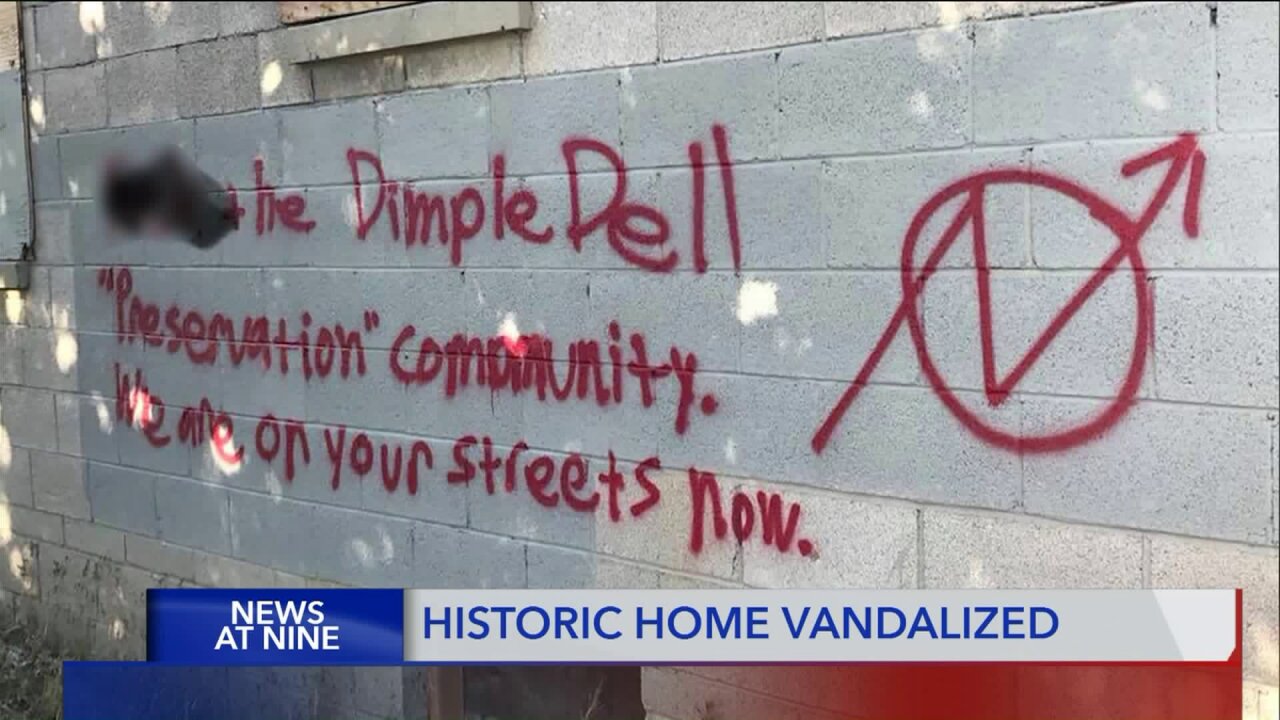 SALT LAKE COUNTY - A graffiti message was sprayed on the back wall of the historic Poulsen House in Dimple Dell, calling out to members of the Dimple Dell Preservation Community.

“In the last few months, this home has become the target of vandals and squatters,” said Joyce Walker, Vice President of the Dimple Dell Preservation Community. “It’s not just that they’re residing in the home, it’s that they feel compelled to do damage and to spray obscenities and to break the components of the house.”

All the windows have been broken and boarded up, the brick chimney has been broken off, and now the graffiti message, which has since been painted over.

“The vandalism is quite disturbing, and all we can attribute it to is ignorance or lack of understanding to the value of this particular homestead,” Walker said.

Dimple Dell Preservation Community Board Member Sarah Haak said they have big plans for the old home. “We’d like to restore this building to be a Dimple Dell park welcome center and we hope to display those artifacts from the Fremont Indians,” Haak said.

The damage done to the structure is costing the Preservation Community money they could’ve been using for the restoration.

“It’s disturbing that $9,000 of those precious funds have already been wasted to put up this fence, to protect the property and to put on a temporary roof to help support and save the structure, while the envisioning and the proposals are approved for this home,” Walker said.

Built in 1898, Haak said the Poulsen House is a special part of Utah’s heritage.

“The Salt Lake temple is a very important landmark, and this house was built with bricks from that exact same quarry that’s just up the canyon there,” Haak said.