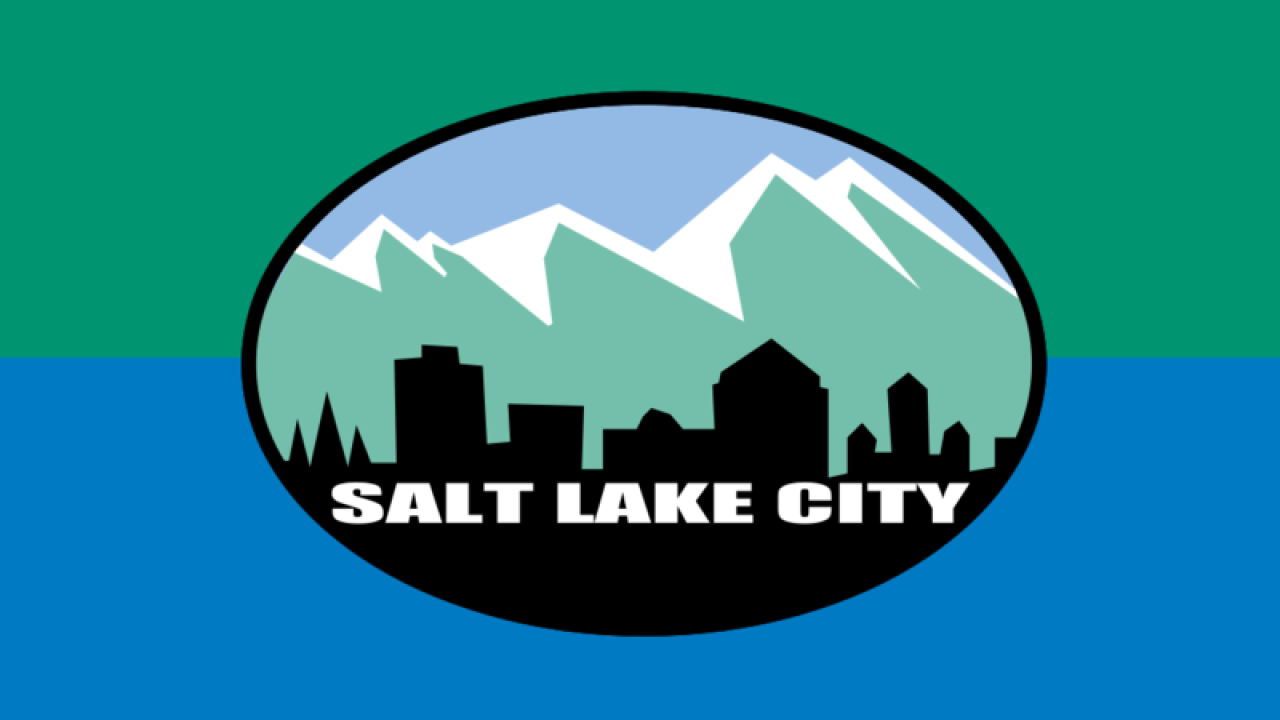 SALT LAKE CITY, Utah — One local business owner is using his booth at the weekly Salt Lake City farmers market to spearhead an effort to create a new city flag.

“We just want to raise awareness, the first step to changing a flag is creating public discontent,” said Jorrien Peterson, standing in the booth where he sells prints and stickers of his designs.

“The flag is the heart of the city, it’s a symbol that can unify, it’s a banner and a standard that brings people together,” Peterson said.

But to him, “Salt Lake City doesn’t have a good flag.”

The one that currently represents the city has been around for a dozen years, but if you ask most residents, the flag means very little.

“If somebody asked me ‘what is the Salt Lake flag?’ I wouldn’t know,” said SLC resident Richard Larsen.

The city flag was changed 12 years ago.

“It had a lot of Mormon heritage and it was very complicated, it wasn’t very good,” Peterson said.

So the flag was changed to “make something more inclusive for all of the residents of Salt Lake City,” Peterson said.

The city council received about 50 design concepts, and each one was rejected. Then a subcommittee was formed to remake the new flag.

“By people which I don’t think knew much about flag design,” Peterson said.

“It’s not much that you want to put on display,” said Larsen after being shown a picture of the current flag.

“It’s quite literally breaking every rule in the flag design book,” Peterson said.

“It should be so simple that a child could draw it from memory.”

“Distinctive, maybe that’s the only rule that it follows, because there aren’t many other flags that are as bad as ours,” Peterson said as he listed off the top five guidelines in flag design.

For Jorrien and his wife, Tiera, changing the city flag isn’t just about the way it looks.

“We want to get a flag that’s something the city can be proud of,” said Peterson. “We have an amazing city here and we want something people would use, people would fly.”

Now they hope they can use a piece of paper, to change what you see on that pole.

“I didn’t even know Salt Lake City had a flag, that’s the sad part,” responded Larsen as he stepped into the booth.

Right now, people can sign the petition at their “Made by Fell” booth every Saturday at the farmers market, or online.

Since this is a petition to change a city flag and not a state flag, there is no set amount of signatures needed. Peterson said once they have a substantial amount, they plan to take it to the city council to let them know residents want to see a change.

“We’re trying to give Salt Lake City the standard it deserves, something people can use and be proud of,” Petterson said while talking to a family visiting the farmers market.

“Being from Salt Lake, I love my city, I want to be proud of my city with things like that,” Larsen said.

The online version of the petition can be found here.