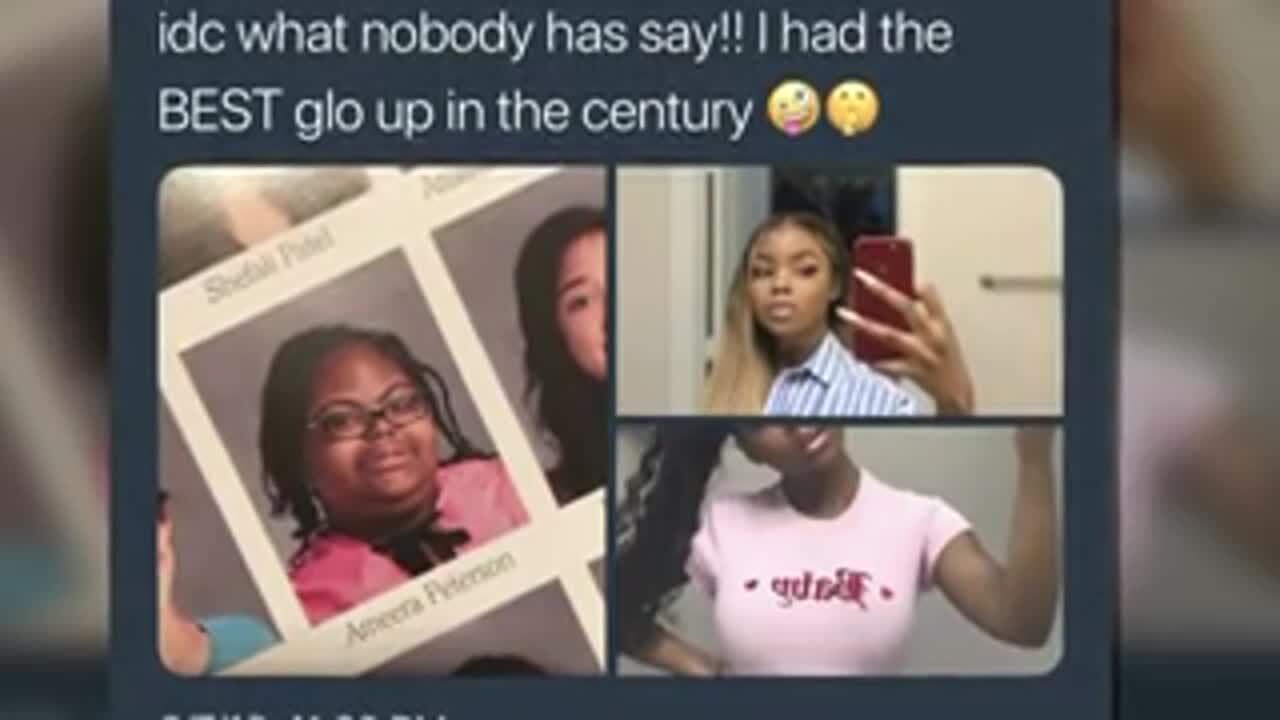 Dallas, TX (KDAF) -- A viral tweet is ticking off a lot of people, including a 17-year-old Dallas girl Ameera Peterson, who has Down syndrome.

Let's start at the beginning. You know what a'glo up' is, right? It's when someone becomes really attractive after being below average when they were younger.

Well, a girl by the username Meera tweeted a yearbook picture of Ameera Peterson next to two pictures of herself, saying she had the best glo up in the century.

"Kids with special needs, they have feelings and emotions just like everyone else," says Ameera’s mom, Rita.

The tweet implied that Ameera isn't attractive, at least that's the way Rita is taking it.

Ameera loves to dress up, dance, and rap, she even wrote a song about the tweet. You can find her music by clicking here.

"She just has some growing up to do," says Rita.

Yeah, let's focus on growing up, not glowing up. Because, we are talking about inner beauty, and there is no denying Ameera has plenty of that.