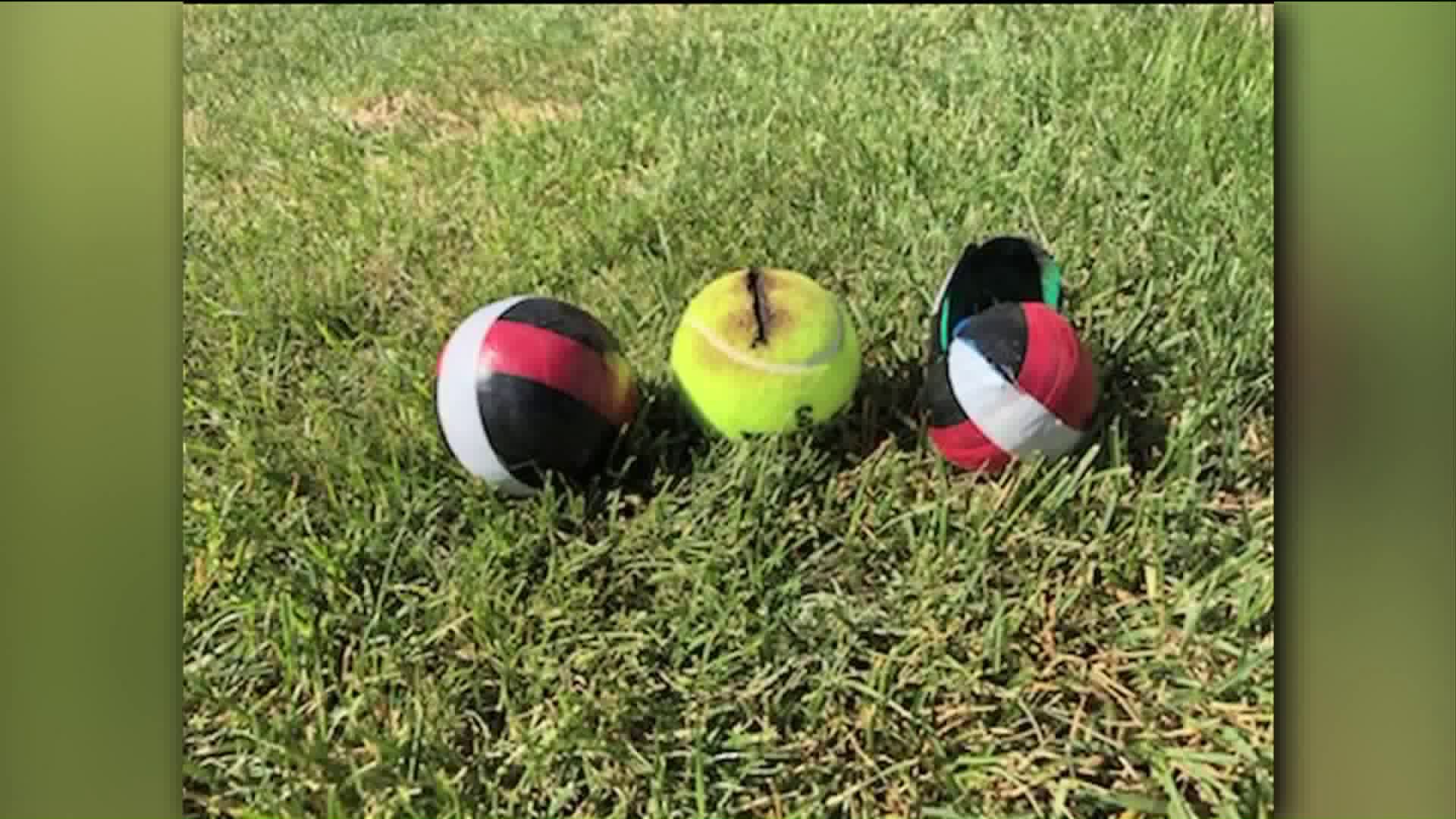 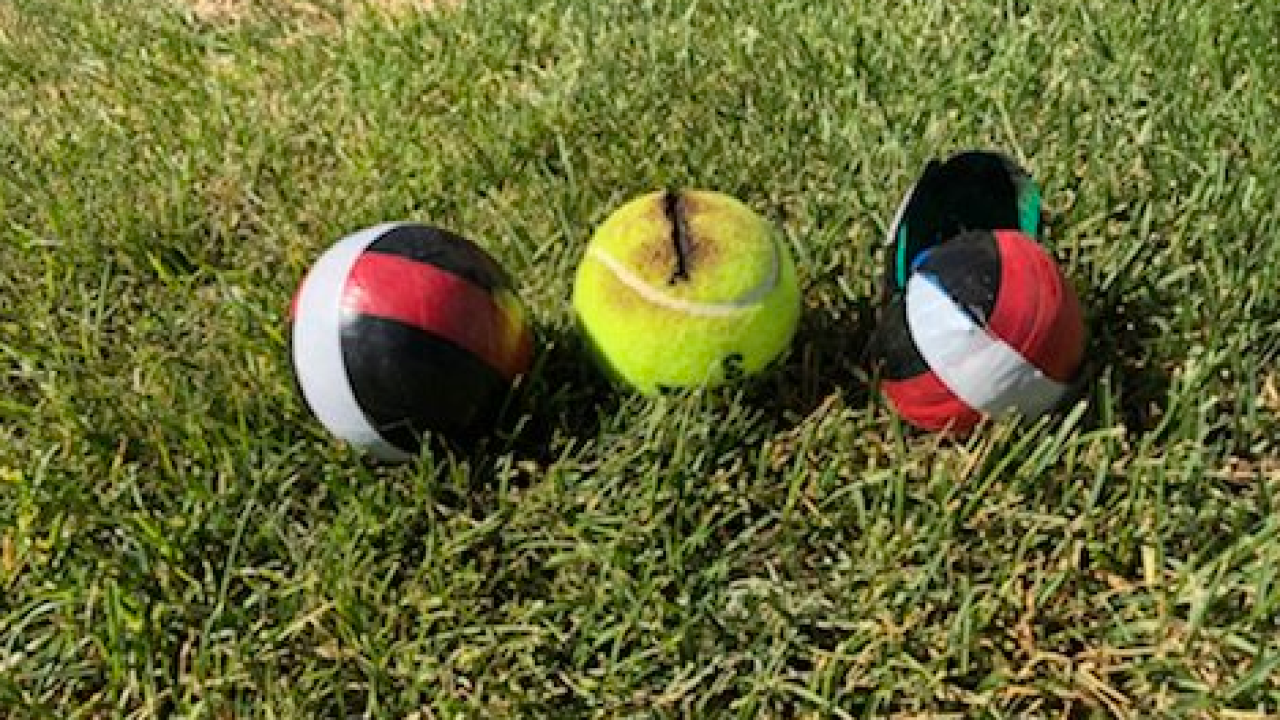 CLINTON, Utah -- A group of kids in Clinton had a close call with an explosive after a ball they found turned out to be an incendiary device.

It's a place they've always considered clean, quiet and family friendly. So when the kids, 8-year-old Dahlia and 6-year-old Darien told their parents that they found a ball that exploded, they were pretty shocked.

"We all know each other and the children all play together," said Sonja Faris, describing the neighborhood.

Her children were playing with a few other kids from the neighborhood when they found two balls on the ground, each on one end of the cul-de-sac, that they thought they could play with.

Sonja said she and her husband, Jimmy, typically stay outside and watch their kids while they play, but Wednesday they were getting ready for an appointment and needed to stay inside.

"We were in the front room and we heard what sounded like a gun shot go off," said Dahlia and Darien's step father, Jimmy.

Knowing that their children were outside playing, they immediately got up and ran out.

"The kids had these balls in their hands," Jimmy said. "I knew right away they were some kind of explosives."

"We thought they were some kind of balls that we could bounce," Dahlia said.

Jimmy was right. What they really had were tennis balls wrapped in red, black and white electrical tape. Each one was filled with more than 200 match heads and a striker. So when the ball was hit hard enough it exploded.

"I bounced it soft and then I bounced it hard and it dropped down there and exploded," Darien recalled. "It sounded like a gun shooting," he added.

Sonja and Jimmy immediately got the balls on the ground, stepped back and called police.

"My son is the one, he’s lucky that it fell and detonated off [the porch] and not in his hands," Sonja said.

The Davis County Bomb Squad showed up shortly thereafter, took care of the balls and searched the area.

Nothing else was found, but Jimmy and Sonja said, in this kid heavy neighborhood, they still have reason for concern.

"These balls were meant to look like Pokeballs for children,” Said Sonja, referring to an item from the popular Pokemon franchise.

"There are children in every house except one,” she said.

Sonja said police told she and her husband that it may have just been teenagers making these and throwing them around just to get some kind of 'wow factor.'

Right now investigators are looking into where these balls actually came from. They say if you find something like this, don't touch it, just call 911.