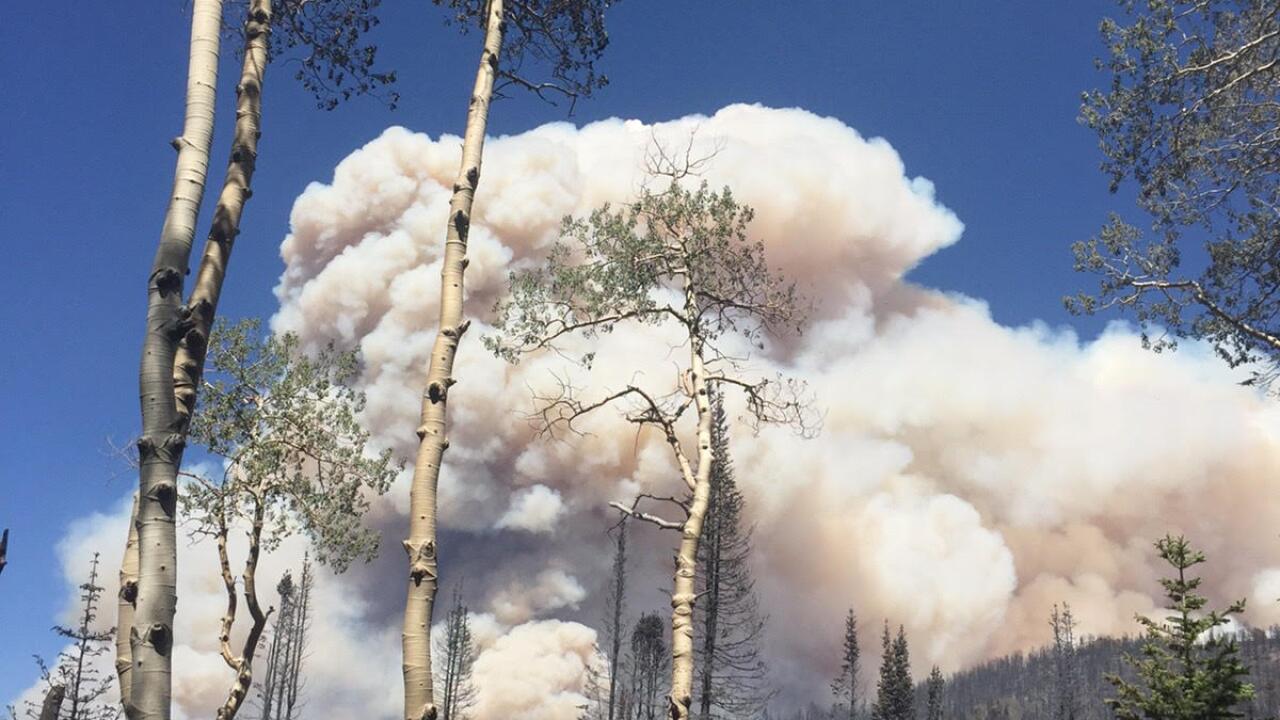 The Forest Service said this started out as a prescribed burn that had been in the works for just over a year.

The initial burn plan marked 4,000 acres that could be included. Within that 4,000 acre plot, officials planned to target downed timber and other dry or dying kindling materials; meaning only about 60 percent (or 2,400 acres) of that space would actually be burned.

Unfortunately, the wind took the flames out of control.

"This is the last thing we expected or intended to have happen, it’s not our plan at all to have an escape," said Rosann Fillmore, the public information officer for the Trail Mountain Fire.

For the U.S Forest Service, prescribed burns aren't something new, in fact, they're a necessity.
"We really have to come in open our fuels up and try and get rid of the dead and dying fuel that’s out there,” said Forest Fire Prevention Officer, Brandon Jensen.

The downed timber (from beetle kill) and other dead or drying substances are considered "fuels."

"So we basically will not have one of these bigger fires in the future," said Jensen.

Prescribed burns are planned for more than a year, down to an exact science.

"We look at all of the conditions, we watch the weather, we look for burn windows where fuel humidities are right, where temperatures are right," said Fillmore, referring to the planning that goes into a proper burn plan.

But every once in a while, they get out of their control.
"Unfortunately when things like this do happen... it’s hard. But very rarely does this happen. We lose very, very few of them (prescribed burns)," said Jensen.

When the blaze was set on this prescribed burn on June 4, everything looked good.
"Everything was actually lining up really well," said Jensen, discussing the early days on the burn.
"They thought they had a handle on it," Fillmore said.

The burn was about 2-3 days in, and almost complete, when Utah weather took over.
"A storm came in a settled right over the top of the fire and pushed some of the areas pretty hard, we ended up getting a spot," Jensen said.
"When we saw stuff (weather) coming in we started to prepare for it. we had all of our folks here on the ground and unfortunately... bad things happen sometimes," said Jensen.

The fire has even compromised the consumer water supply in surrounding counties, fire officials are asking residents to be aware of their water use.
"With the weather coming in we’ve got high hopes that we can hold in in the higher, upper country here," Jensen said, looking up at the smoking mountainside.

The U.S Forest Service said this is just the beginning of wildfire season, and it could be an indicator of the type of season Utah is going to have.

"We’ve got a very good chance of having a very busy fire year for us," said Jensen.

At last report, there was one cabin that was lost to the fire. Officials said there are a couple of structures that could currently be in the fire's path, but as of now no homes and no evacuations are in place for the surrounding areas.

Fire officials ask that people steer clear of the Rilda area and be aware of current and potential road closures. 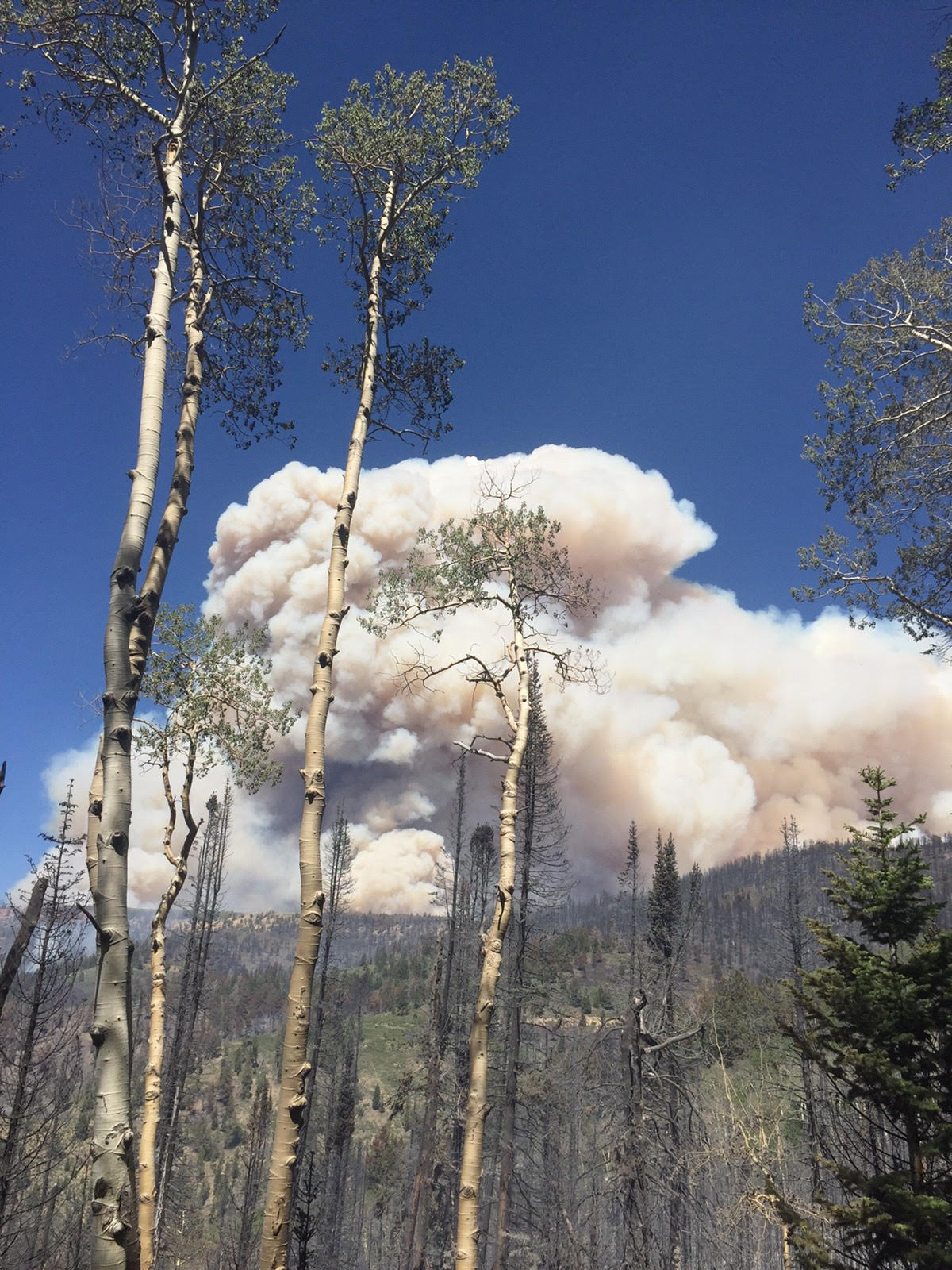