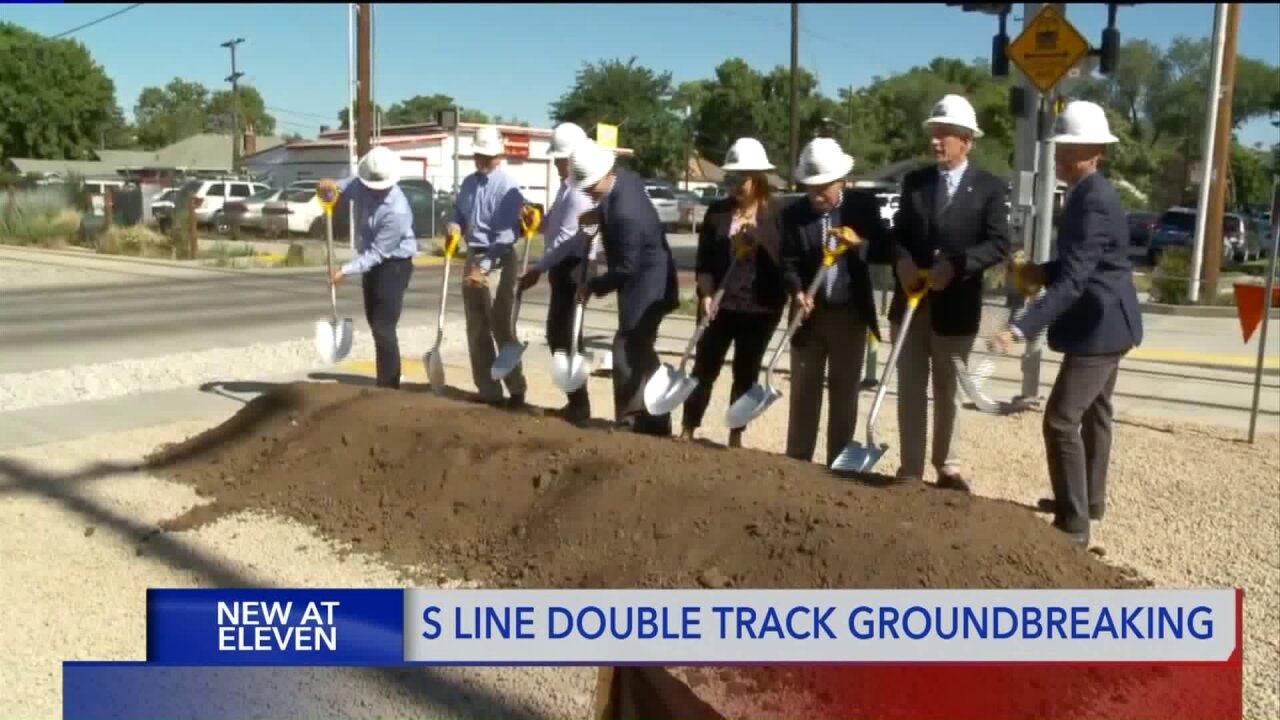 Executives with UTA, Salt Lake County and construction companies turned the first shovels of dirt for an expansion.

Since the S-Line started in 2013, there has only been one track so trains have to make a complete run then turn around and go back again.

The new project will add a second line so trains can run east and west simultaneously on the S-Line.

Salt Lake County is putting roughly $4.5 million into the expansion and upgrade of the streetcar.

The biggest complaint S-Line users have is the wait time.

"The work is going to begin immediately and S-Line commuters should experience those reduced wait times before the end of this year," Salt Lake County Mayor Ben McAdams said.  "And they are making it aesthetically pleasing as well by adding a large wall mural near the stop where we are right now."

The Sugar House area and South Salt Lake have seen major growth since the S-Line opened.

Hundreds of new apartment units and tens of thousands of square feet of commercial space have been added.

The hope is the double lines will go a long way toward reducing congestion and wait times.