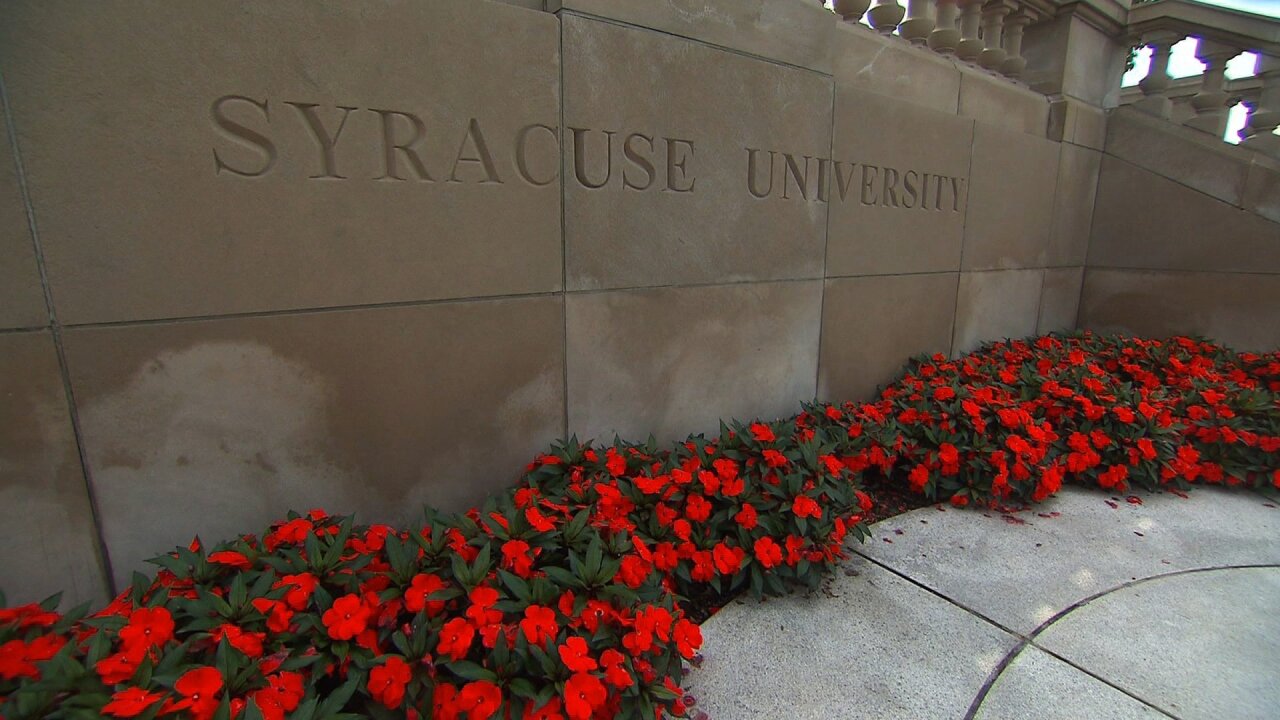 Syracuse University has suspended 15 members of a professional fraternity, their lawyer said, after they appeared in videos that the school’s chancellor has described as “extremely racist” and “offensive.” (File Photo)

Syracuse University has suspended 15 members of a professional fraternity, their lawyer said, after they appeared in videos that the school’s chancellor has described as “extremely racist” and “offensive.”

“The 15 students have been suspended indefinitely for one to two years,” Karen Felter, the attorney representing the 15 students, told CNN. “This means the university does not have any obligation to readmit them once the suspension is over. It is up to their discretion.”

She said the students were suspended Tuesday.

In a letter Friday to the campus community, Dean of Students Robert Hradsky wrote, “The hearing and deliberations, overseen by the Office of Student Rights and Responsibilities, have concluded, and the students were notified of their respective outcomes and subsequent sanctions.”

Gregory Germain, a Syracuse law professor who acted as a “procedural adviser” for several of the students, told CNN, “there will be notations on their academic transcripts that they have been ‘involuntarily withdrawn'” from the university.

The students will lose their financial aid benefits while suspended, Felter noted.

After the first video appeared, Chancellor Kent Syverud in a statement to the campus community called the students’ behavior “offensive.”

“They include words and behaviors that are extremely racist, anti-Semitic, homophobic, sexist, and hostile to people with disabilities,” Syverud wrote.

The fraternity apologized: “Anyone of color or of any marginalized group who has seen this video has every right to be angry and upset with the despicable contents of that video.”

The racist video had been part of a skit to roast an active brother, who is a conservative Republican, it said in the statement.

“The new members roasted him by playing the part of a racist conservative character. It was a satirical sketch of an uneducated, racist, homophobic, misogynist, sexist, ableist and intolerant person,” according to the fraternity. “The young man playing the part of this character nor the young man being roasted do not hold any of the horrible views espoused as a part of that sketch.”

It added that the group wasn’t trying to make excuses for the content, but wanted to tell the context around the video.

“We cannot apologize enough for the pain, sadness and fear that this has caused,” it stated.

The university permanently expelled the fraternity after the videos surfaced, Syverud said in a video statement. He noted the school had suspended the fraternity soon after being made aware of the footage.

Theta Tau’s central office said in April it launched its own investigation.

“Theta Tau is deeply troubled by the recent events that occurred at our chapter at Syracuse University, and we strongly condemn the offensive actions and despicable language depicted in the recently released videos,” the organization said in a statement.

“We have cooperated fully with university and police officials, and we will pursue appropriate disciplinary measures in the near future to hold the individuals accountable for their actions.”

The central office did not immediately respond to CNN’s request for comment about the students’ suspensions.