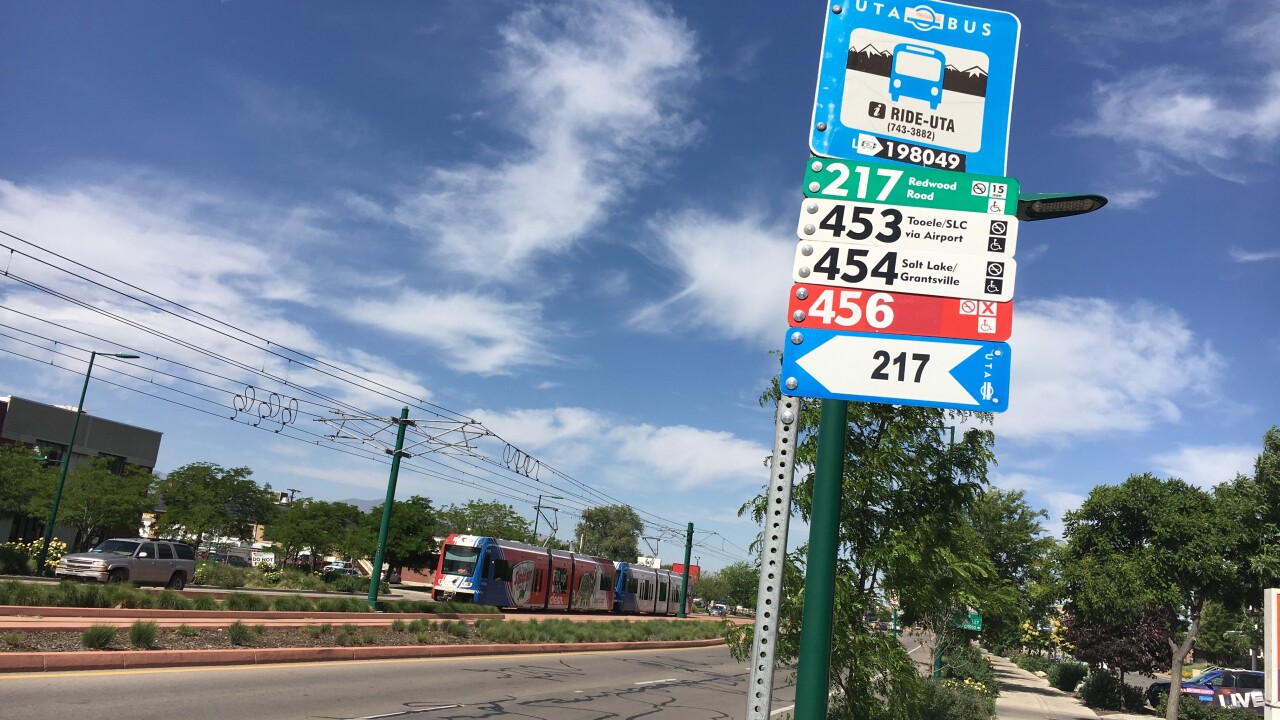 SALT LAKE CITY -- Susie Shroer would like to use public transit more than she does. But her Rose Park neighborhood isn't close to a TRAX stop, nor are the buses that frequent.

"It's a 20 minute walk, which isn't horrible but if the weather's gross or I'm hauling a suitcase, it's cumbersome," she said Wednesday.

For neighborhoods like Rose Park -- where bus stops can be spread out -- Salt Lake City Mayor Jackie Biskupski wants to create a special rideshare program. Think of it as a taxpayer-funded Lyft.

"There are certain parts of the city where a 40-foot bus -- it just doesn't work," said Jon Larsen, Salt Lake City's Transportation Division Director. "We've tried for years. So rather than running empty buses, having more nimble, on-demand, right-size transit solutions for these neighborhoods, it works better and actually saves money for everyone."

The concept works like this: You would be able to hail a city-contracted rideshare vehicle, similar to how you would an Uber or Lyft. It would take you to a transit stop, where you could catch a bus. The cost would be built into your regular UTA transit fare, Larsen said.

Details of the program are still being worked on, he said, including whether people would hail a ride through an app or be able to call for one like a cab. The mayor's office believes that by bridging the gap between the doorstop to the transit stop will get people out of their cars and onto buses for improved air quality and less traffic congestion in the city.

"It'll help overcome some of those mental hurdles that people might have for getting on the transit system," Larsen said.

Salt Lake City is spending $700,000 on a pilot project for the rideshare program. If the city council funds it, the program would begin in early 2019. The city wants to give additional money to Utah Transit Authority to increase the frequency of buses within the city. The money for all of this is coming out of a sales tax hike recently approved in Salt Lake City.

"We're calling it the frequent transit network, which would mean 15-minute service or better all day, every day," Larsen said. "So that's a big deal to have the weekend and evening service so you know you can rely on the transit where you need to go."

Salt Lake City is not the first city to consider its own rideshare program. Larsen said New York City, San Francisco and Denver have similar programs.

"It's about providing a lower cost, better air quality way to help people get around the city without having to drive," he said.

Shroer, who heard about it from a friend who works for the city, said she'd sign up. She likes to take TRAX downtown.

"The service would be very attractive for me to use in those situations," she said.