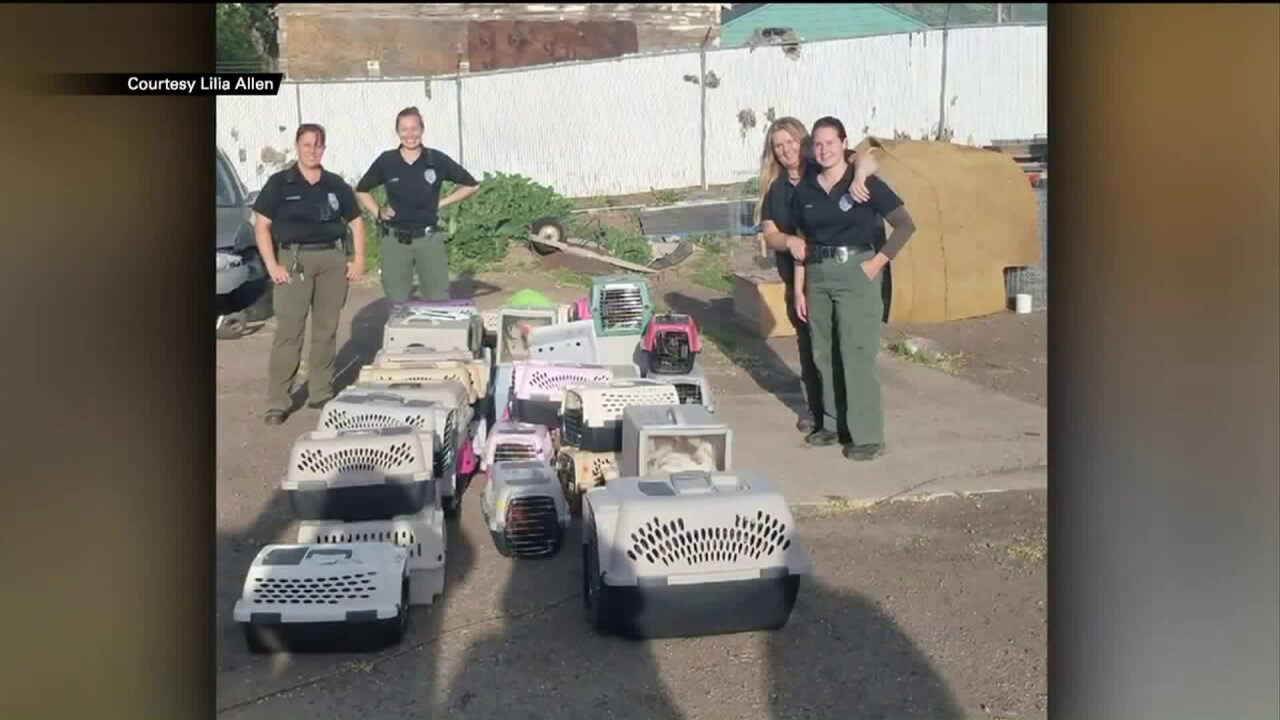 OGDEN, Utah - An Ogden man could face criminal charges after police said animal control seized dozens of roosters and chickens during the bust of an alleged cockfighting ring.

Ogden Police said Wednesday that all 66 birds had been euthanized.

In the corner of a lot adjacent to a tire shop on 180 West 33rd Street, behind a cement wall, a shed-like room holds chicken coops.

Right next to it in another room, a plywood pen appears to form a makeshift arena. Feathers sit piled up in the corners of the pen.

Property owner Lilia Allen said the tenant, who she described as respectful with no issues, had been renting the space since before she acquired the property two years ago.

She said he'd been raising chickens, but they were mostly kept behind locked doors in the shed.

"Just a hobby for him to have these chickens," she said, of what she thought was going on.

On May 10, Ogden Police Lieutenant Tim Scott said code enforcement received a complaint of an excessive amount of chickens. Code enforcement contacted police after they arrived and took a look around, he indicated.

"They saw what they believe to be a fighting ring," Lt. Scott said.

Police showed up and seized 66 birds, he explained, both hens and roosters.

"We found what was described to me as fighting talons or blades, that we presumed would be attached to the animals," Lt. Scott said.

He said the fighting talons had the potential to be lethal when attached to animals.

Lt. Scott said no dead birds were found on the property. Pictures provided by Allen show the talons, as well a notebook containing apparent scoring or betting sheets, and names on a whiteboard on the wall.

Other pictures show the roosters and hens in the coops.

"[The tenant] made some admissions that he was using chickens for sport fighting," Lt. Scott said.

He said the 36-year old man told them he'd invite friends and family over for the events.

It's unclear if the fights involved placing bets and collecting profits, and Lt. Scott said at this time there is no evidence to support gambling charges.

Allen said she had visited the property about a month before the seizure, and never saw anything suspicious. She indicated that because her tenant kept the chickens in the shed, she didn't realize just how many birds the man owned.

"Completely shocked," Allen said. "Nobody thinks that they are going to have a cockfighting ring on their property."

She also said that the man recently started renting the space that was being used for the alleged fighting arena.

"I think a lot of it might be a little bit of a cultural difference of where he comes from," she explained, of why he was allegedly hosting the game fighting events.

She said the man is still renting the space.

Lt. Scott said the tenant could face misdemeanor charges of game fighting and cruelty to animals. He declined to identify the man because of the pending charges.

Animal services euthanized all of the birds, Lt. Scott explained, because the birds were trained to behave dangerously and aggressively and could not safely be re-homed or rehabilitated.