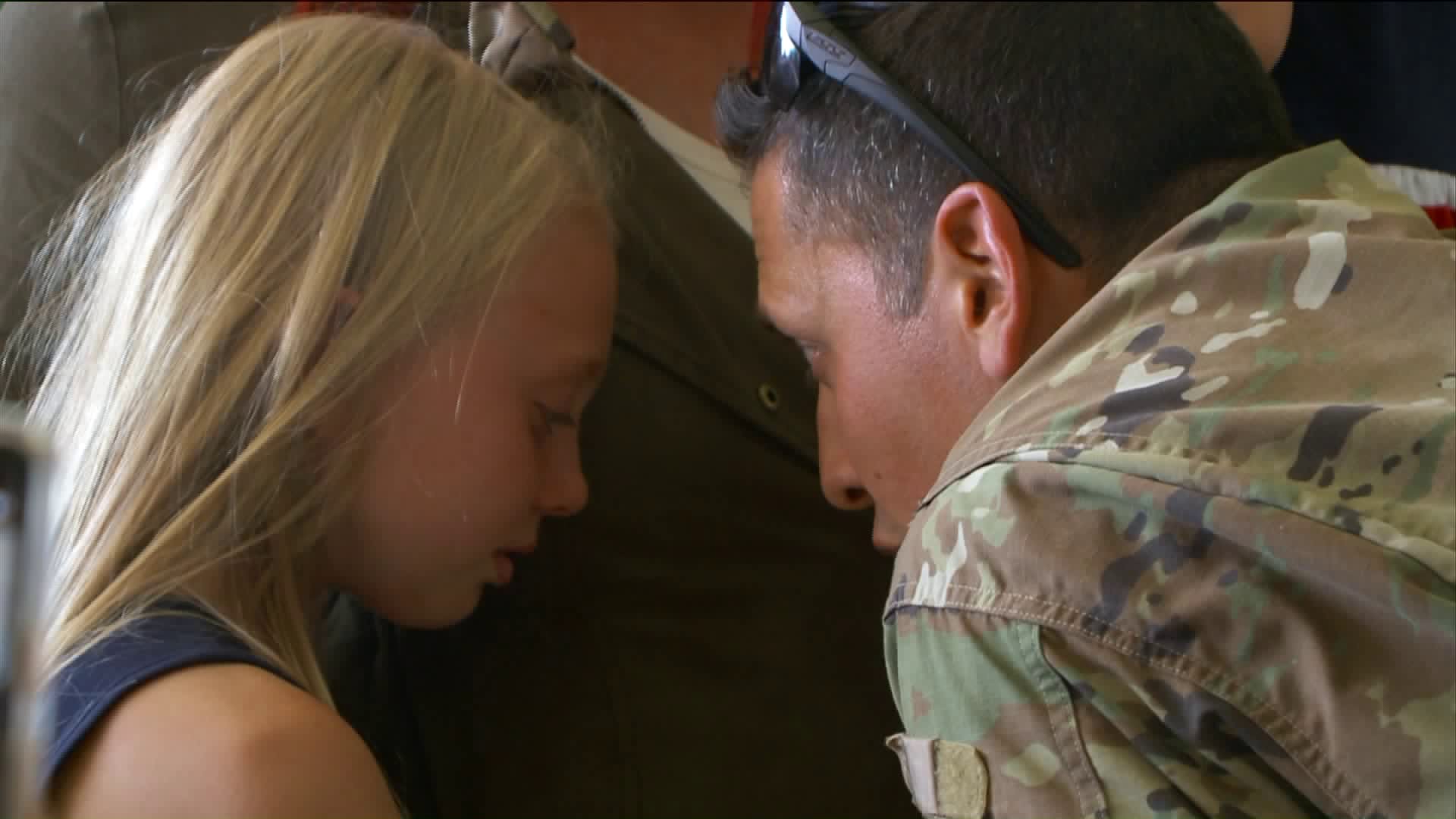 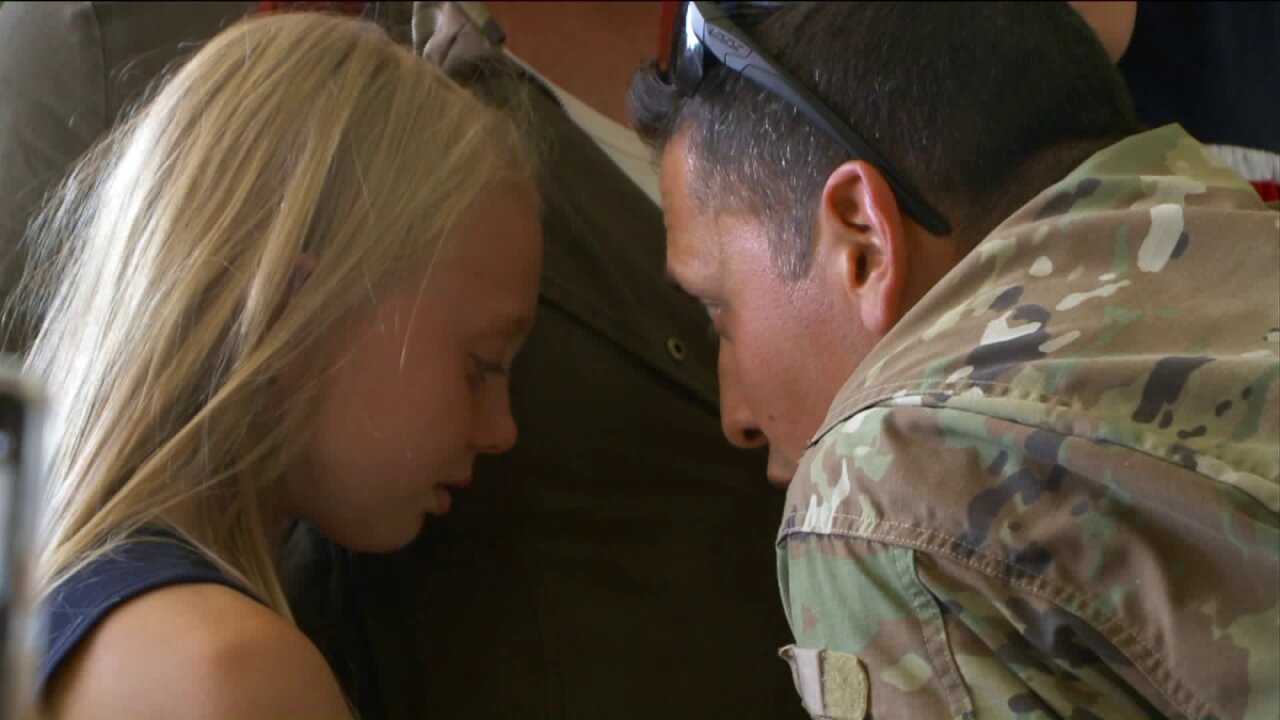 “We know we’ll be in several different countries. We’ll be split up for our mission,” said Captain Jared Sorensen, the Battery Commander.

The soldiers are part of Echo Battery, 1st Battalion, 145th Field Artillery. Many are off on their first long deployment.

“We just got married like a month ago,” said Carolina Baird, the wife of Specialist Aaron Baird.

Around 1,000 people went to a deployment ceremony at Wright Air Base Monday afternoon to see the soldiers off. As both soldiers and families came to terms with saying goodbye for a year, their commander offered some advice.

“You’re saying goodbye to something that is the reason for your going. Just remember your support system is why you go, and that’s what will get you through it,” said Captain Sorensen.

On Monday, the soldiers flew to Fort Bliss in Texas before heading on to the Middle East.