Despite ruling on wedding cake for same-sex couple, SLC to pursue accommodation ordinance 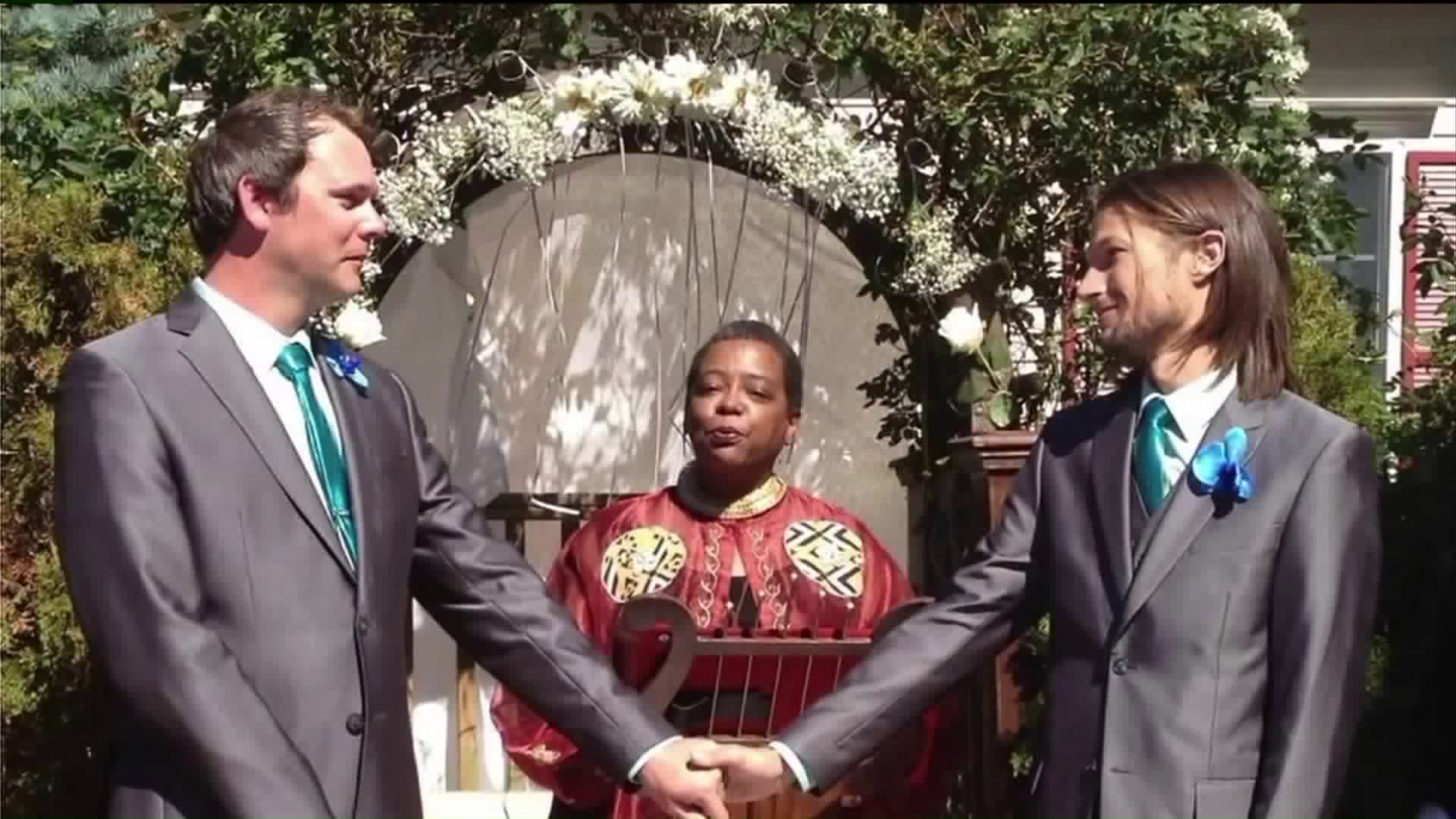 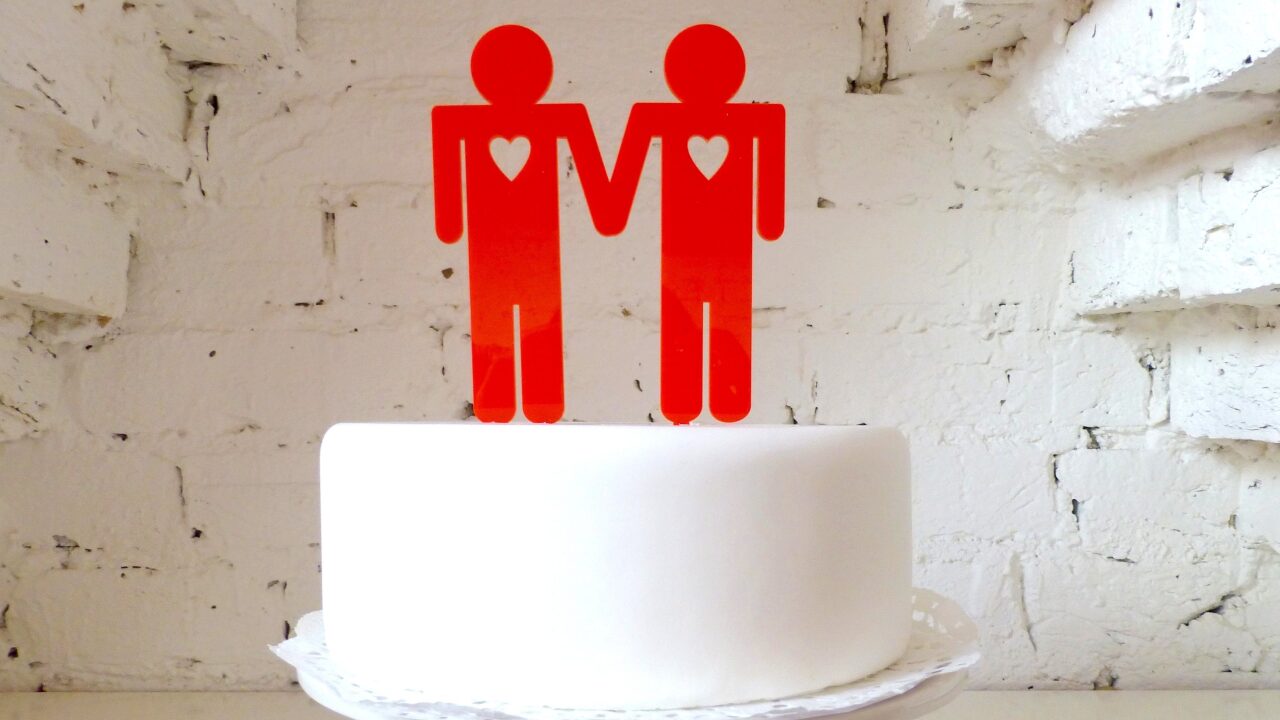 SALT LAKE CITY - Despite the U.S. Supreme Court essentially punting on a critical case in the culture wars between LGBTQ people and those with deeply held religious beliefs, Salt Lake City leaders have expressed an interest in pursuing ordinances banning discrimination in public accommodations.

"The Masterpiece decision today helps illustrate what Salt Lake City can do to counteract some of these major decisions," Salt Lake City Councilman Derek Kitchen said.

Kitchen signed on to a "friend of the court" brief with the U.S. Supreme Court in support of the gay couple who sued the Colorado bakery that refused to make a wedding cake for them. He joined Salt Lake City Mayor Jackie Biskupski and other members of the council.

Legal observers said the U.S. Supreme Court did not rule on the merits of the case, but largely preserved the status quo. The court held the Colorado Civil Rights Commission showed hostility toward the baker based on his religious beliefs. The ruling is a win for baker Jack Phillips, who cited his beliefs as a Christian, but leaves unsettled broader constitutional questions on religious liberty. It also preserved existing non-discrimination in public accommodation laws.

In a statement, Mayor Biskupski expressed disappointment in the narrowly tailored ruling. She said the Court missed an opportunity to decide this.

"I feel strongly, as I did then, that Salt Lake City will continue to participate in litigation which endangers the equal rights of any people in our community. Everyone should know, that if you do business in our City, you do business with everyone," she wrote.

Kitchen told FOX 13 he intended to push forward with an ordinance that would prohibit businesses from denying services to LGBTQ people. The ordinance drafting has been on hold while the Masterpiece case was pending and LGBT rights advocates were concerned it would have a chilling effect. Kitchen noted that three of the seven council members and the mayor are openly gay.

"What we need right now is to make sure that Salt Lake City residents know that they’re protected and they are included and they are welcome," he said.

The LGBTQ rights group Equality Utah said it would also now pursue a public accommodations law at a statewide level, urging the Utah State Legislature to pass a comprehensive law like they did with non-discrimination in housing and employment. That historic agreement has been heralded as proof that religious communities and LGBTQ people can work together -- the bill had the blessing of The Church of Jesus Christ of Latter-day Saints.

The Court's decision on the Colorado case came on the heels of Utah's Pride Festival, where thousands gathered in downtown Salt Lake City to celebrate the LGBTQ community. A number of businesses in Utah of varying size and political influence had employees marching in the parade.

"What we’re seeing more and more business owners -- even conservative people of faith -- are opening their doors and being more inclusive and accepting of LGBT Utahns. We’re confident we can pass a public accommodations law that protects everyone," said Equality Utah Executive Director Troy Williams.

Even social conservatives found reason to cheer the Court's decision, noting that people of faith were protected as well.

"Combined with past Court decisions upholding the dignity of those in the LGBT community, today’s ruling reminds us that equality applies to all Americans, not just the favored few, and we must protect those with firmly held religious beliefs, members of the LGBTQ community, and all citizens alike."

The Colorado Civil Rights Commission’s hostility toward the religious beliefs of Mr. Phillips was incompatible with the First Amendment. Today’s decision is a win for our nation’s founding principle that our laws must be applied in a manner that is neutral toward religion.

The Sutherland Institute, Republican members of the Utah State Senate and the LDS Church all filed amicus briefs with the U.S. Supreme Court in support of Masterpiece Cakeshop.

In a statement to FOX 13, the LDS Church praised the Court's decision.

"The Church of Jesus Christ of Latter-day Saints welcomes today’s Supreme Court decision. The nation’s laws can protect both religious liberty and the rights of LGBT citizens," a spokesman for the Mormon faith said in an email. "That is the meaning of fairness for all."

"I applaud today’s decision. Hostility toward religion has no place in government. At the same time, religious freedom means much more than freedom from government hostility.." (1/2) #utpol