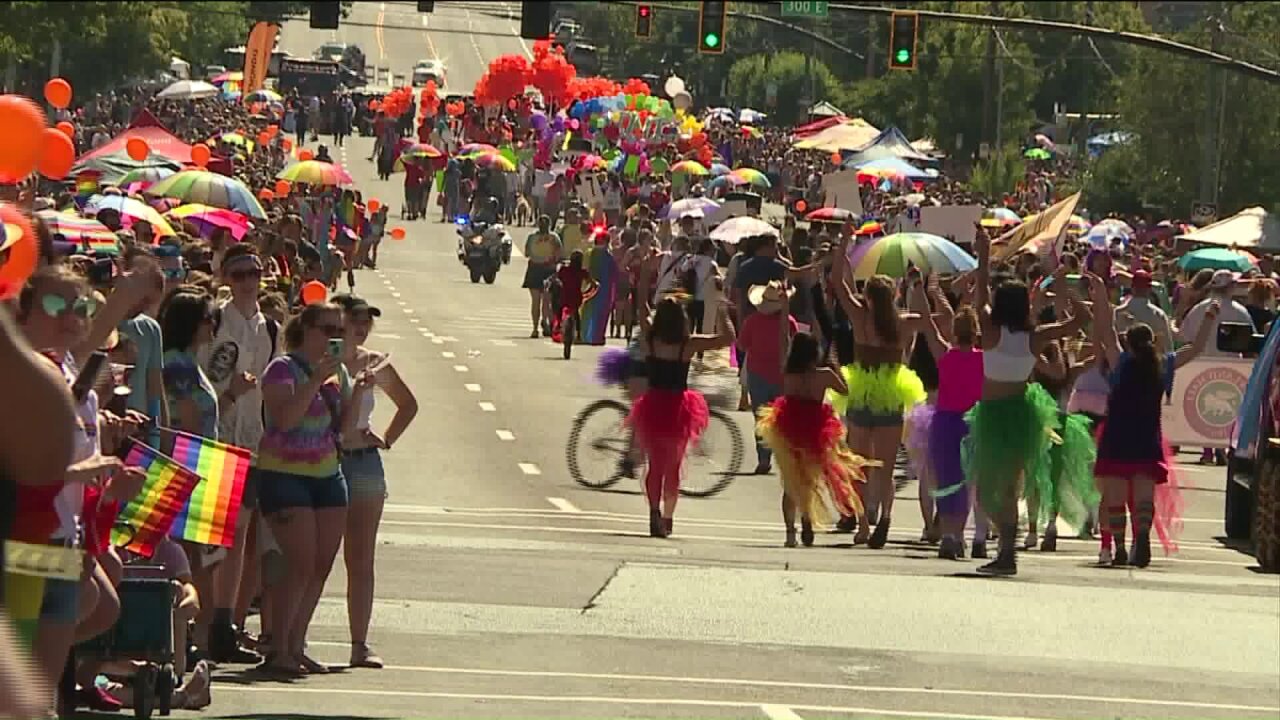 SALT LAKE CITY -- The annual Pride Parade in downtown Salt Lake City has been held since the 1970s.

Parking garages were packed full of people, watching and walking for the message on their signs: “diversity is love.”

“This is the day that we get to celebrate who we are, and love one another for who we are,” SLC Mayor Jackie Biskupski said. “This is awesome.”

Local companies like Delta and Marriott marched along with a group of members of The Church of Jesus Christ of Latter-day Saints that call themselves Mormons Building Bridges.

Jody England Hansen, a Latter-day Saint and marcher for Mormons Building Bridges, said the main message of Jesus Christ was to love one another.

“It’s so wonderful that this is a place that—no matter who you are, no matter what you’re dressed like—that we can be here together to cheer for each other and celebrate God’s love that everyone has for us,” Hansen said.

But they weren’t the only ones talking about God and love at the parade.

Bible Believers Protesters had a small group at the event, which police escorted at the end of the parade.

“It’s their parade, we just want to stand here and remind them what God thinks,” Protester Ruben Israel said. “To let them know God doesn’t make mistakes, male or female.”