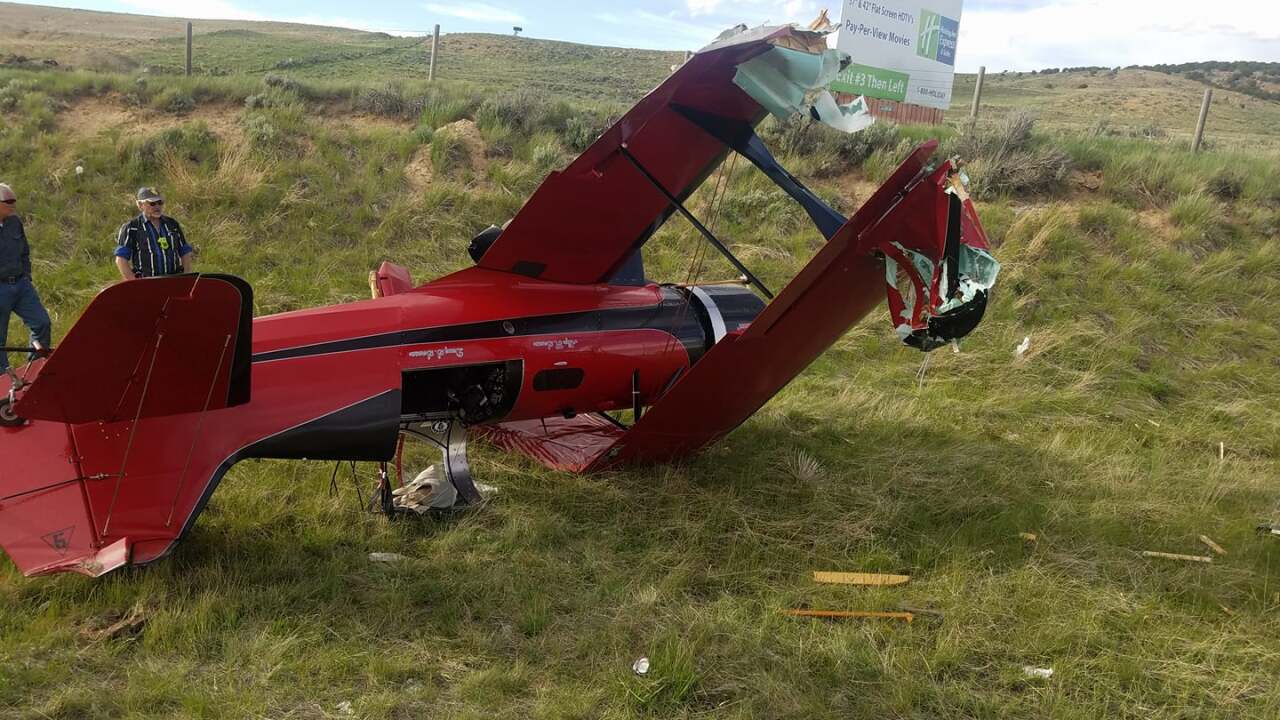 EVANSTON, Wyo. — A small airplane clipped a semi and crashed while attempting to make an emergency landing on I-80 near Evanston, Wyoming Thursday.

According to the FAA, an experimental BF9-2 airplane crashed about 8 miles east of Evanston, Wyoming after its engine stalled for an unknown reason. The crash occurred shortly before 6 p.m.

The pilot attempted a landing on I-80 near mile post 7, but it clipped a semi truck and flipped over. A photo courtesy Uinta County Fire and Ambulance shows the crash site.

There were no injuries on the ground or aboard the aircraft. The pilot was the lone occupant of the plane.

The FAA says the airplane was traveling from Longmont, Colorado to Bountiful, Utah.

The FAA and NTSB will be investigating the crash. Fox 13 News will update this story as more details emerge.