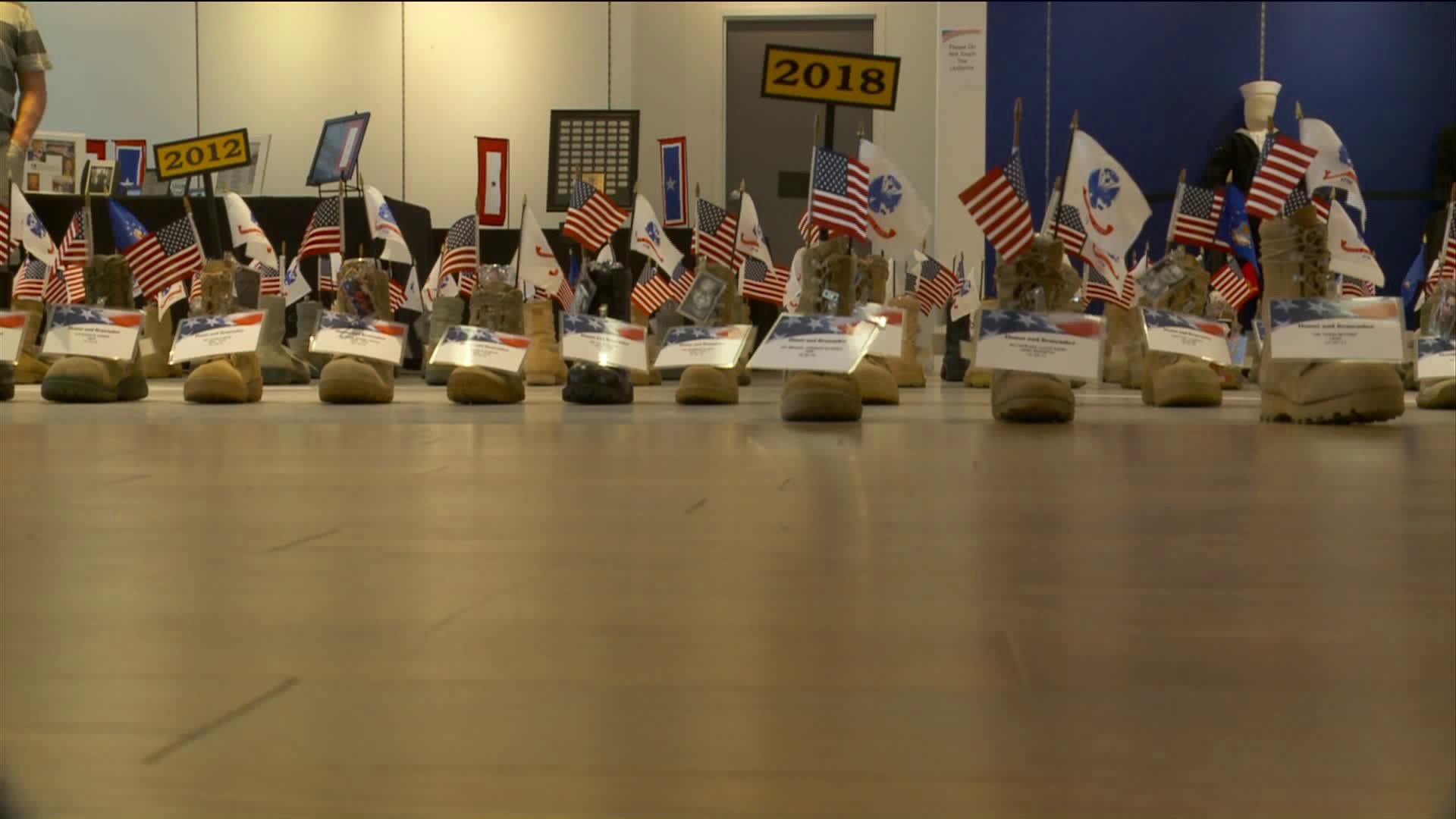 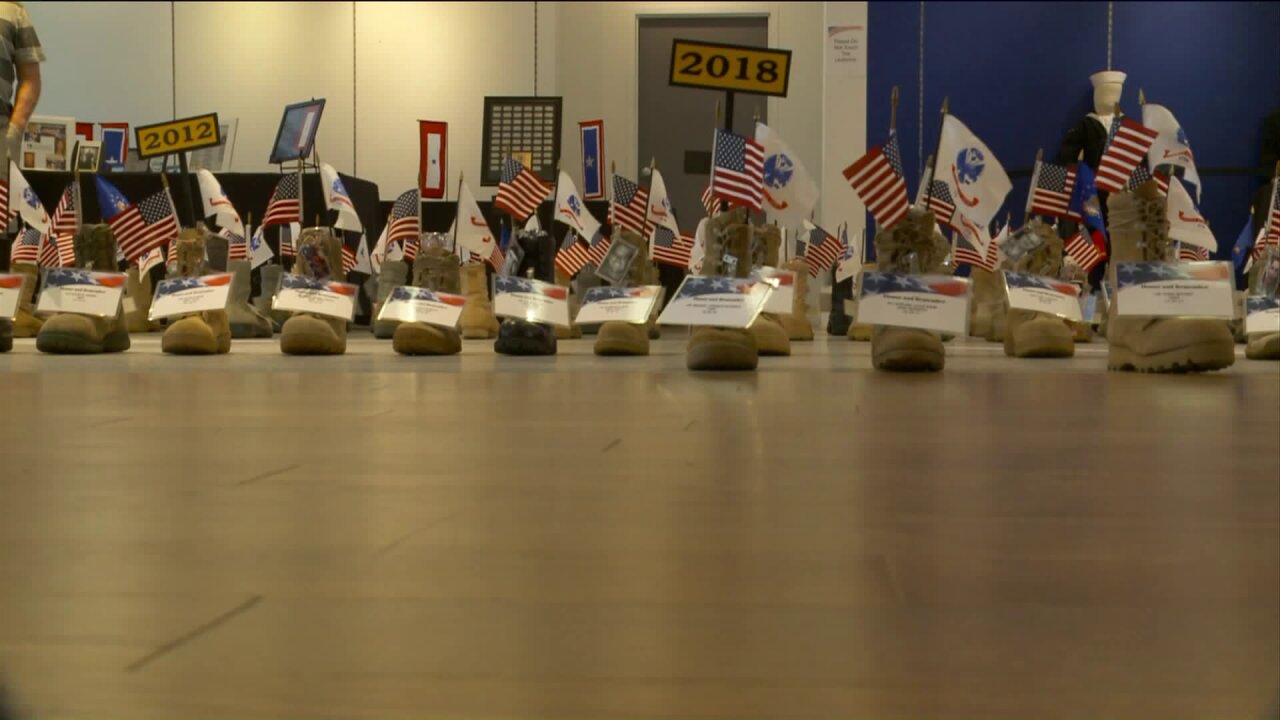 FARMINGTON, Utah -- An exhibit at Station Park in Farmington is paying tribute to Utah veterans who have lost their lives since 9/11.

The display at Farmington Station Park consists of more than 200 combat boots, which were worn by Utah veterans killed in the line of duty since the terrorist attacks on 9/11.

"Memorial Day is for our fallen service members, and I know for myself growing up I didn't know the true meaning of it until my husband passed away," said Antoinette Stapley. "So I would like to help people remember and honor and bring back what the true meaning is of Memorial Day."

Stapley founded Operation Hero and staged the first combat boot display in 2016. See the video above for more on the display and Stapley's efforts to honor veterans.

The exhibit will be open from noon to 6 p.m. on Memorial Day.