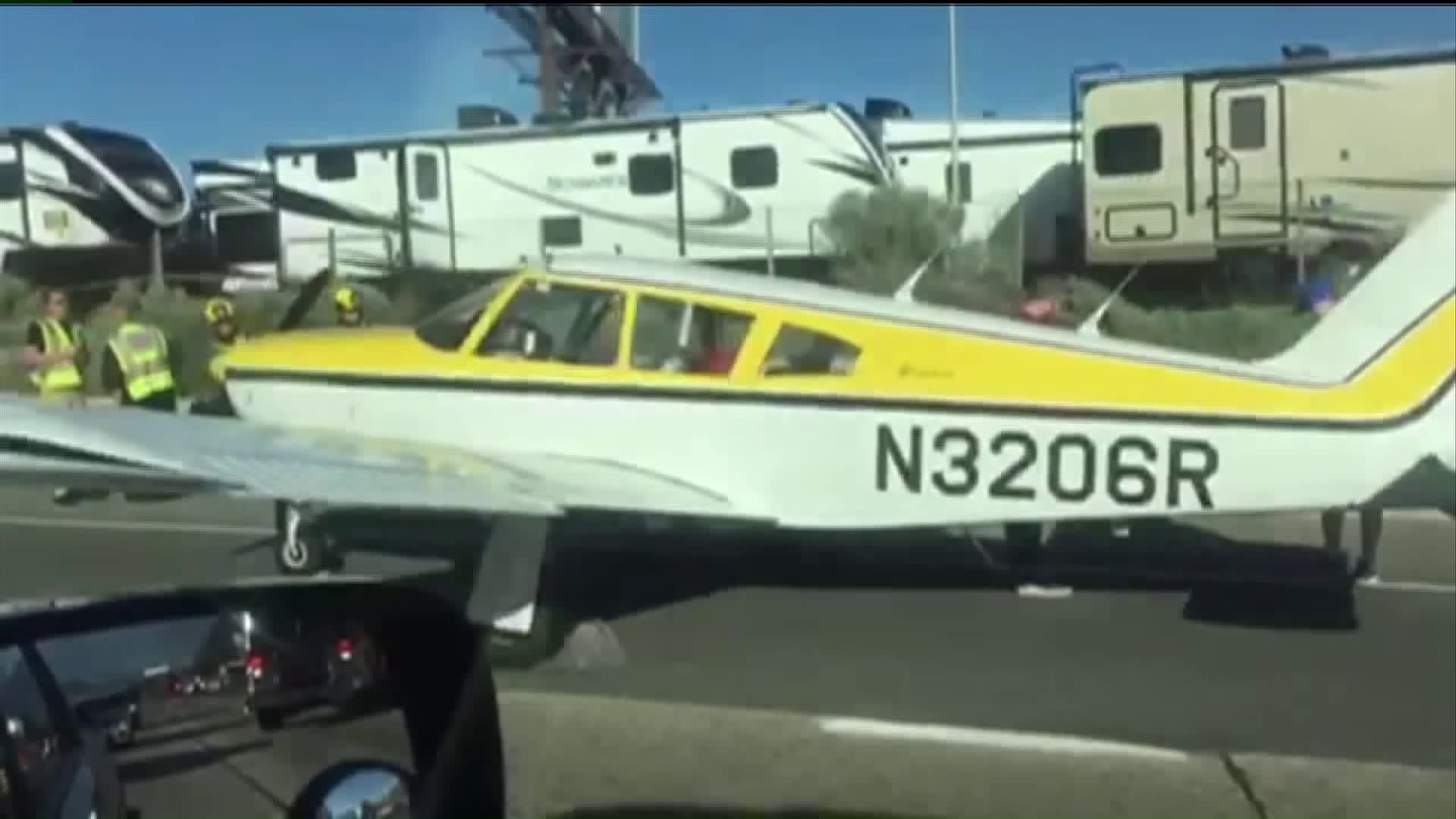 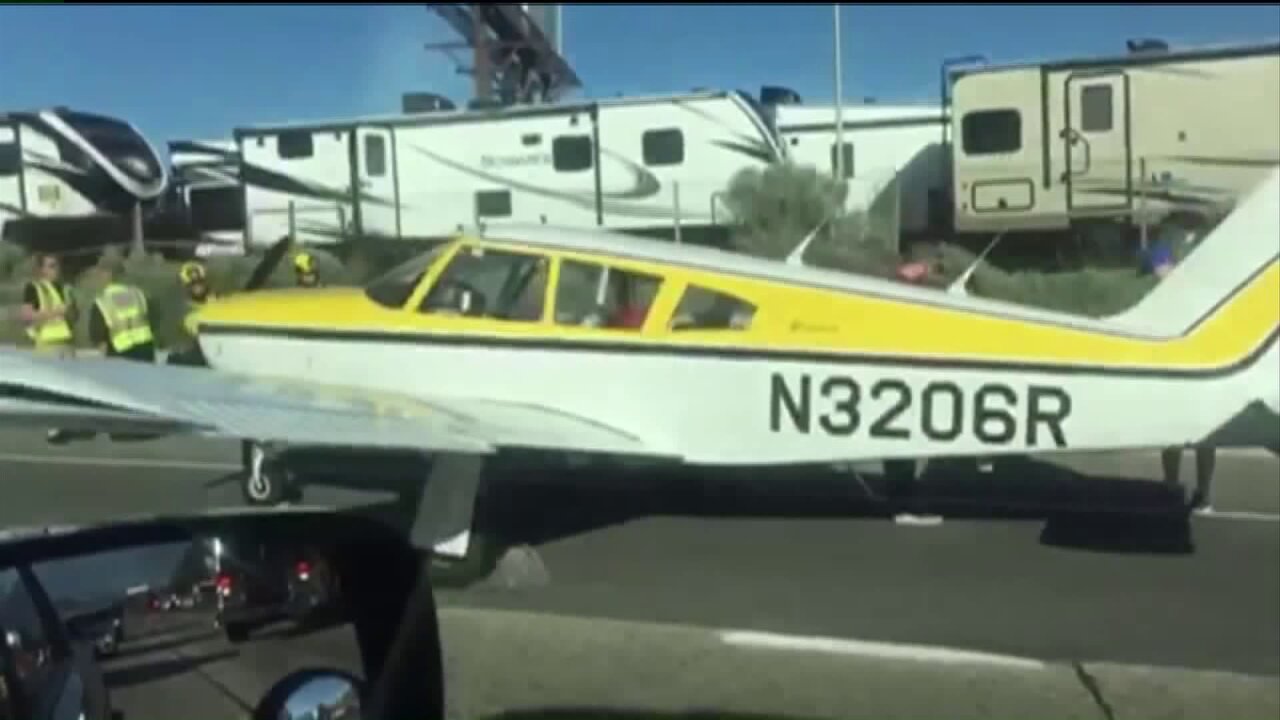 RIVERDALE - No injuries were reported after a single engine airplane made an emergency landing on the southbound lanes of I-15 in Riverdale Saturday morning.

According to Utah Highway Patrol, a student was conducting touch and go exercises with an instructor when the aircraft lost power.

“They experienced some mechanical problems with the airplane,” said Sgt. John Ely of Utah Highway Patrol. “The flight instructor took control of the airplane and she’s the one that landed it on the interstate.”

In audio obtained by Fox 13, the pilot can be heard speaking to the control tower at Ogden-Hinckley Airport.

"...the freeway, going down," the pilot said. "Now we're on the freeway... we're going to need some help getting off the freeway."

The plane landed just before 8 a.m. after a failed take-off.

"After takeoff we were not climbing and we started to descend and so we did emergency gear down and hit the runway... uh, not the runway I hit the road," the pilot said in the recording.

UHP says the plane collided with one vehicle but no injuries were reported.

"None in the airplane, we don't know if we hit a car," the pilot told control in the recording. "We don't believe so, we just think we hit hard. But we're going to need some help."

According to UDOT, right lanes were closed following the incident but have since reopened.

UHP reports the plane was taken back to the Ogden-Hinckley Airport in good condition.

Audio of the exchange between the pilot and control tower is embedded below: