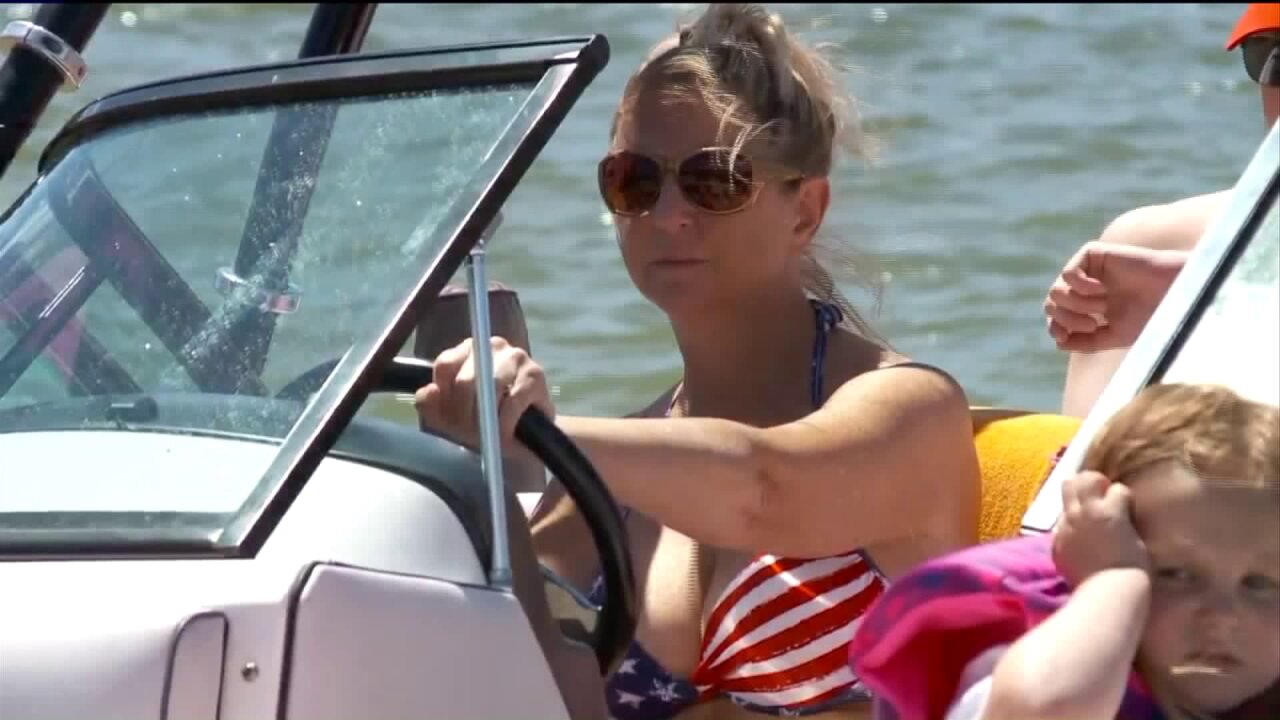 UTAH — Utah State Parks is preparing for their first big season of the summer with a push for boater safety.

For a lot of people summer season means boating season.

“Most schools are getting out, most people are thinking: ‘let’s go vacation, we’re tired of being cooped up,’” said Sgt. Drew Patterson with Utah State Parks.

“People are chomping at the bit to get out, hit the water,” Sgt. Patterson added.

But before the masses head to the lakes, the Utah Department of Natural Resources wants patrons to be prepared, physically.

“We try to educate people as much as possible, you know, what kind of equipment they need on their boats,” Sgt. Patterson said.

“A fire extinguisher, a paddle and a throw cushion just in case somebody does get in distress you can help and you can save people,” Hartman listed.

“Having the proper mind set when they come to go out boating,” Sgt. Patterson said.

“You just you never know, somebody could fall in, nobody else notices,” Hartman said.

DNR officials said that starts with being prepared.

Only children 12 and younger are required to wear life jackets at all times, but the DNR says it’s really a good idea for everyone.

“People don’t drown if they have their life jackets on, very seldom,” Sgt. Patterson said.

“Believe it or not the water right now is still relatively pretty cold, it’s probably in the mid-50s right now. So, a person falls in the water and it’s not going to take long before they succumb to that cold start struggling to stay afloat,” Sgt. Patterson added.

The also encourage boaters to know the laws.

Utah allows alcohol on all boats, but if the driver chooses to drink they could receive a BUI (Boating Under the Influence).

“All of the laws that are the same on a vehicle, apply on a boat. So, even though you don’t have to have a driver’s license to operate a boat, if you’re caught drinking and driving you are going to lose your driver’s license,” warned Sgt. Patterson.

Officials say respecting the space of others is another important safety consideration.

“Make sure you give everybody plenty of room,” Hartman said.

“One of the big things that we deal with is what we call speed and proximity, it’s a huge safety concern for us because a person has to be wake-less if they’re within 150 feet of anyone else on a vessel, anyone on shoreline,” Sgt. Patterson said.

“The last thing we want is for somebody to have a collision or end up in a situation where somebody could seriously get hurt or killed,” added Sgt. Patterson.

So come the end of the day, it’s still a good day.

“It’s about having a good time and being safe,” Hartman said.

“We may even stay till Tuesday and let everybody else go home,” he laughed.

DNR expects the parks to be completely full over the weekend, they recommend calling the parks ahead of time to make sure there’s still space.