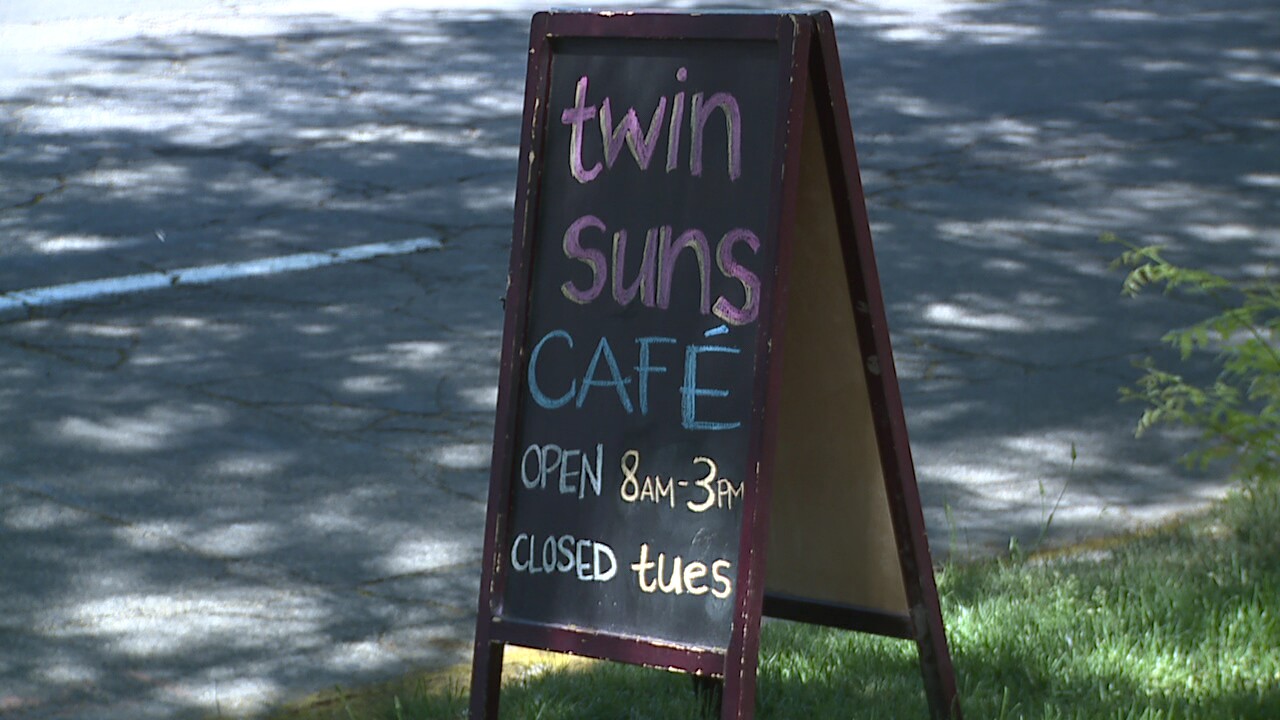 “Star Wars is such a huge phenomenon,” said Daniel Cantu, the owner of the Twin Suns Café.

He opened the restaurant in November of 2017.

The walls and the ceiling are covered with Star Wars memorabilia Cantu has collected since he was a child.

“There’s some stuff from ’77, from the original line,” Cantu said.

Even the restaurant’s name pays tribute to a scene from the first Star Wars movie.

“It references Luke Skywalker’s home planet, Tatooine, and he has a hero moment,” Cantu answered when asked how he came up with the name. “He’s watching the sunset and he’s trying to decide if he wants to go off and join the rebellion.”

The menu features items you might expect to find on a Star Wars movie set.

Those dishes include the Darth Mousse, Obi Kabobi, and the Nerf Burger.

“In ‘Empire Strikes Back,’ Leia calls Han a scruffy looking, nerf herder. In the Star Wars galaxy a nerf is just a mammal that they eat,” Cantu said.

The theme hits a home run with the restaurant’s customers.

“It’s like a museum, it’s incredible,” said Brian Wallace, a customer and Star Wars fan who enjoyed a meal with his young son.

Cantu wants people to enjoy the décor, but he hopes they keep coming back because of the work he puts into his culinary creations.

“It has driven my passion all over the place, so it makes it very enjoyable,” Cantu said.

The restaurant is located at 2305 South Highland Drive. It is open every day, except Tuesday, from 8 a.m. until 3 p.m.