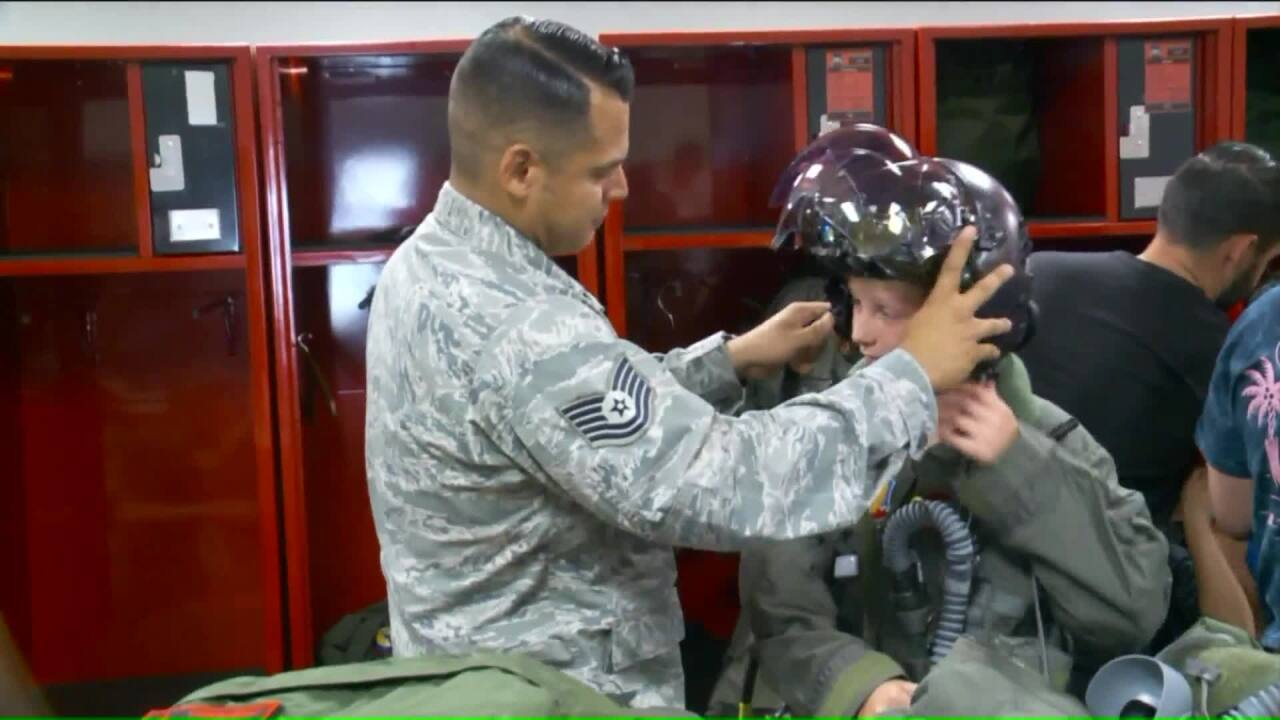 HILL AIR FORCE BASE – It’s not every day civilians are granted access to Hill Air Force Base. But Thursday they opened their doors to a special group of kids from Make-A-Wish.

Nine children battling critical illnesses took a field trip many can only dream of—thanks to the Pilot for a Day program.

Tate Empey is excited to hang out with the Hill’s 388th Fighter Wing and assume the role of pilot for the day.

“Tate was diagnosed with Hodgkin's lymphoma last fall; it's fun for him and a good way for him just to be a normal kid,” said Jennifer Empey, Tate’s mother.

Lt. Buck Horn with the 388th Fighter Wing looks forward to this day every year.

“I hope they get to see how awesome the Air Force is, and how fun it is," he said.

The special guests suited up in the uniform, complete with the helmet—Tate’s favorite accessory.

“It's our new helmet for the F-35,” said Captain Wood Huber, a pilot with the 34th Fighter Squadron.

Topping even that was watching the planes take off.

“It's awesome," Huber said. "I love doing it. Sometimes us as pilots, we kinda get caught up in work and what not and take for granted what we do.”

The once in a lifetime experience has instilled in Tate an even greater respect for the men and women in the armed forces.

“I know that they protect us and keep us safe from enemies of America.”

For more information about Make A Wish Utah, click here.