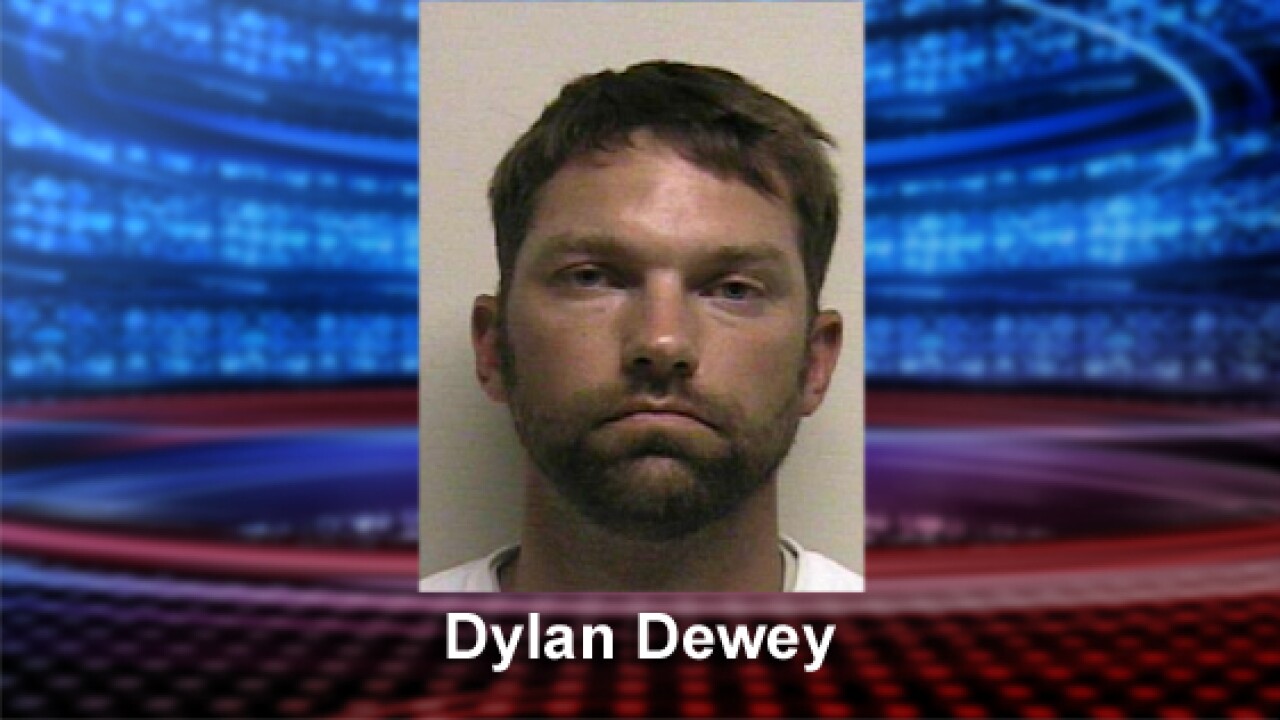 SPANISH FORK, Utah — A Spanish Fork High School teacher has been booked into the Utah County Jail on suspicion of sexually abusing a student.

According to a statement of probable cause, 34-year-old Dylan Dewey, a counselor, coach and driver’s ed teacher at the school, is accused of kissing and inappropriately touching a female student.

The alleged victim told investigators she and Dewey kissed in Dewey’s office at the school. She also reported that Dewey picked her up from her Orem home and took her to “make out point” in Mapleton, where she said Dewey kissed her touched her inappropriately.

On the way home, Dewey allegedly told the girl “you really can’t get me fired” and “I don’t want to lose my job.”

According to the probable cause statement, investigators spoke with Dewey, who waived his Miranda right to remain silent and admitted to kissing the girl.

Dewey, of Salem, is facing a second-degree felony charge of forcible sexual abuse.