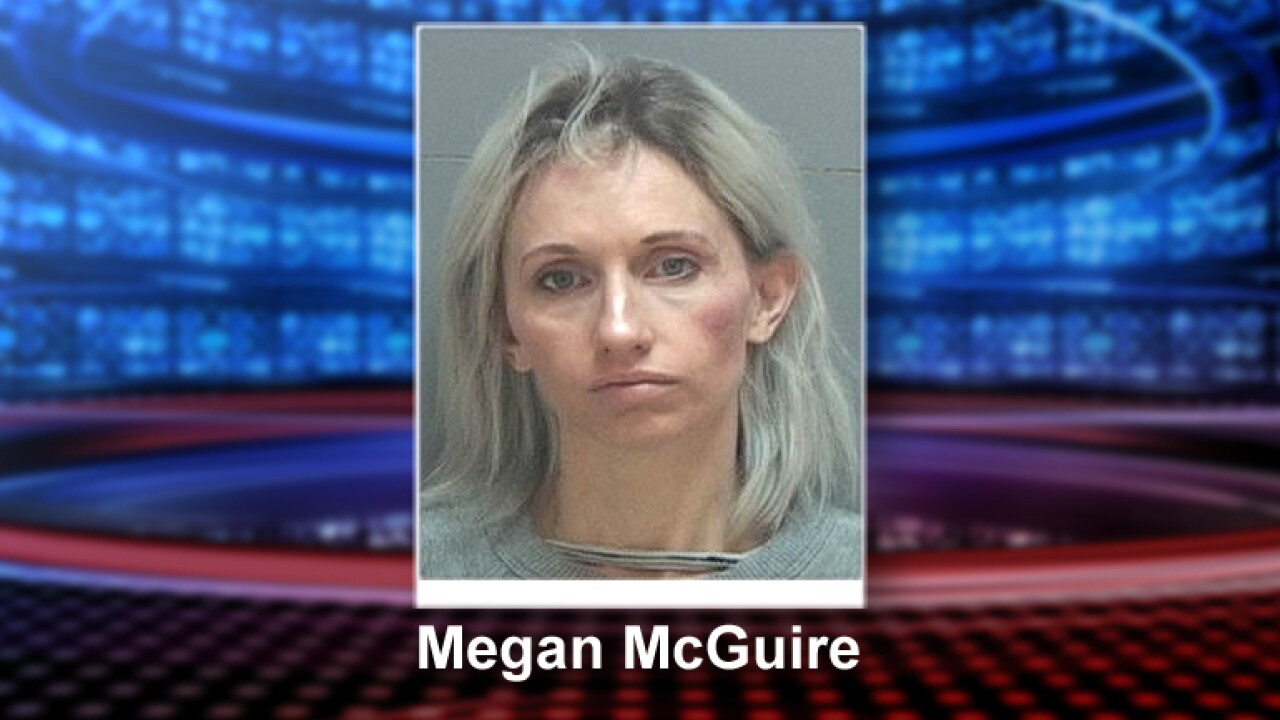 SALT LAKE CITY — A woman was arrested on charges that include DUI and possession of methamphetamine with intent to distribute after a traffic stop in Salt Lake City Tuesday.

Salt Lake City Police say things began with a traffic stop in the area of 1880 South and 700 East shortly after 7 p.m.

During the stop, police say they observed a large amount of crystalline substance that later field-tested positive for methamphetamine.

Police booked 36-year-old Megan McGuire into jail on charges of DUI, failure to obey traffic control devices, driving on a suspended license and possession with the intent to distribute.