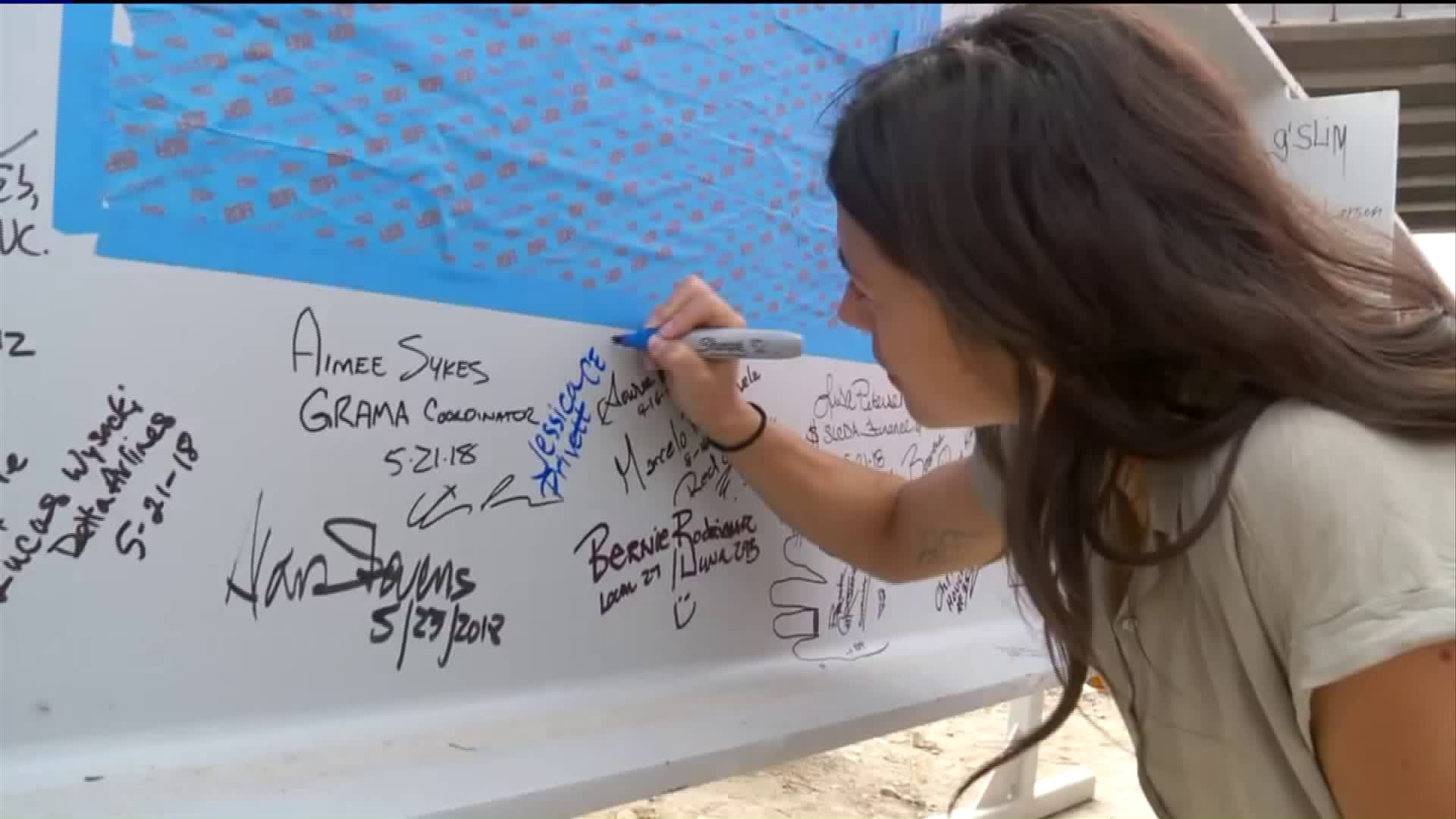 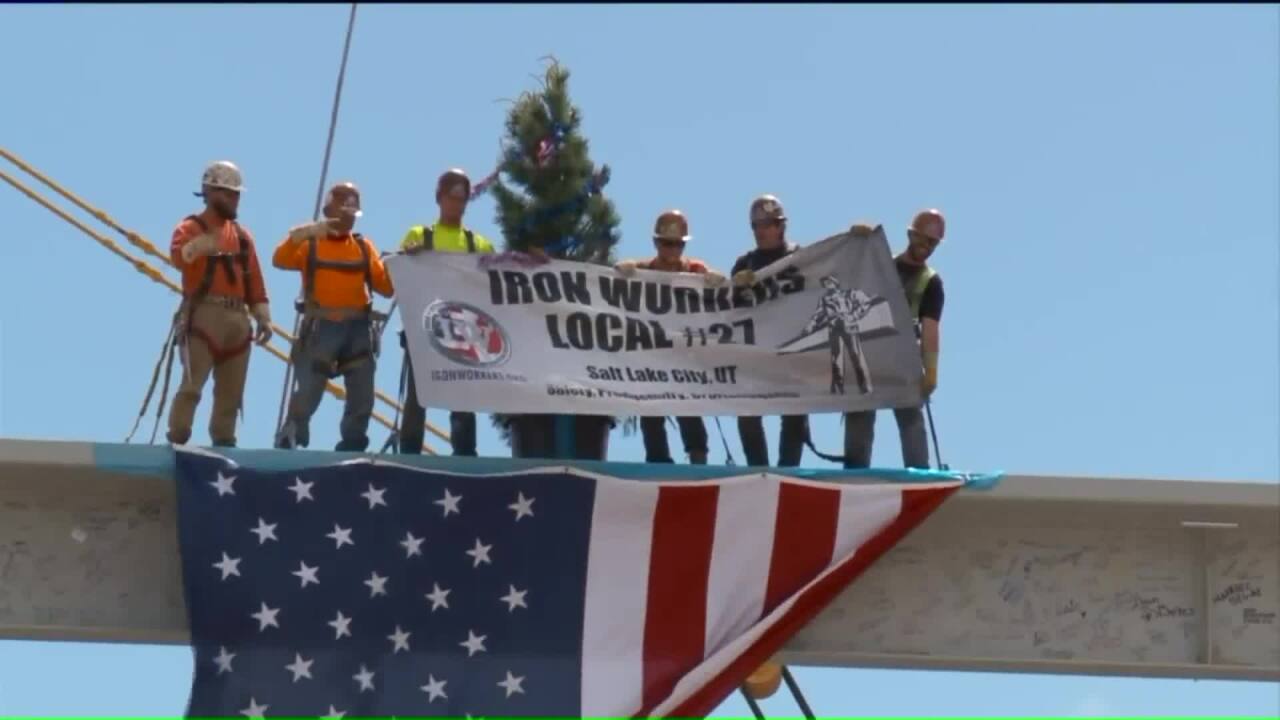 SALT LAKE CITY -- The Salt Lake City International Airport celebrated a major milestone Wednesday, as crews lifted one of the final steel beams into place on the new terminal.

All 1,000-plus crew members paused their work for a couple of hours to gather and watch the special Topping Out ceremony—complete with honoring the Scandinavian "topping out" tradition of placing a tree on the beam to keep tree-dwelling spirits displaced by construction happy.

Dozens signed the beam, to leave their mark on this piece of Salt Lake City history.

The building is 866,000 square feet and some change, and the airport said it used more than 11,000 tons of structural steel and 22 miles of steel pipes.

The crowd erupted in cheers and applause as a crane hoisted that last beam and workers secured it into place.

The workers then unfolded a large, American flag and an Iron Workers Local #27 union banner to wave with joy.

"Seeing my union brothers up there connecting that beam, it’s a lot of pride," Ward said. "It’s very exciting. It’s a great accomplishment for this project."

Crews said being a part of this project in general is an accomplishment in and of itself.

"Not often do you get an opportunity to work on a job of this size," Wands said. "So, it’s a once in a lifetime opportunity for a lot of people."

According to the airport, the 1,300 trade workers have clocked in more than 2.8 million work hours already.

"Your work is having an enormous impact on this community," said Salt Lake City Department of Airports Executive Director Bill Wyatt, during his ceremony speech.

Following the beam placement, the all the trade crews enjoyed lunch together.

"They are working very quickly and they are working efficiently," said Salt Lake City Mayor Jackie Biskupski. "As you can see, the project is just magnificent. So I'm very grateful to the workers and how hard they have been working to keep this on schedule."

She and airport officials said construction of the new terminal, west half of two concourses and a parking garage have stayed within budget and they're on track for the fall 2020 opening.