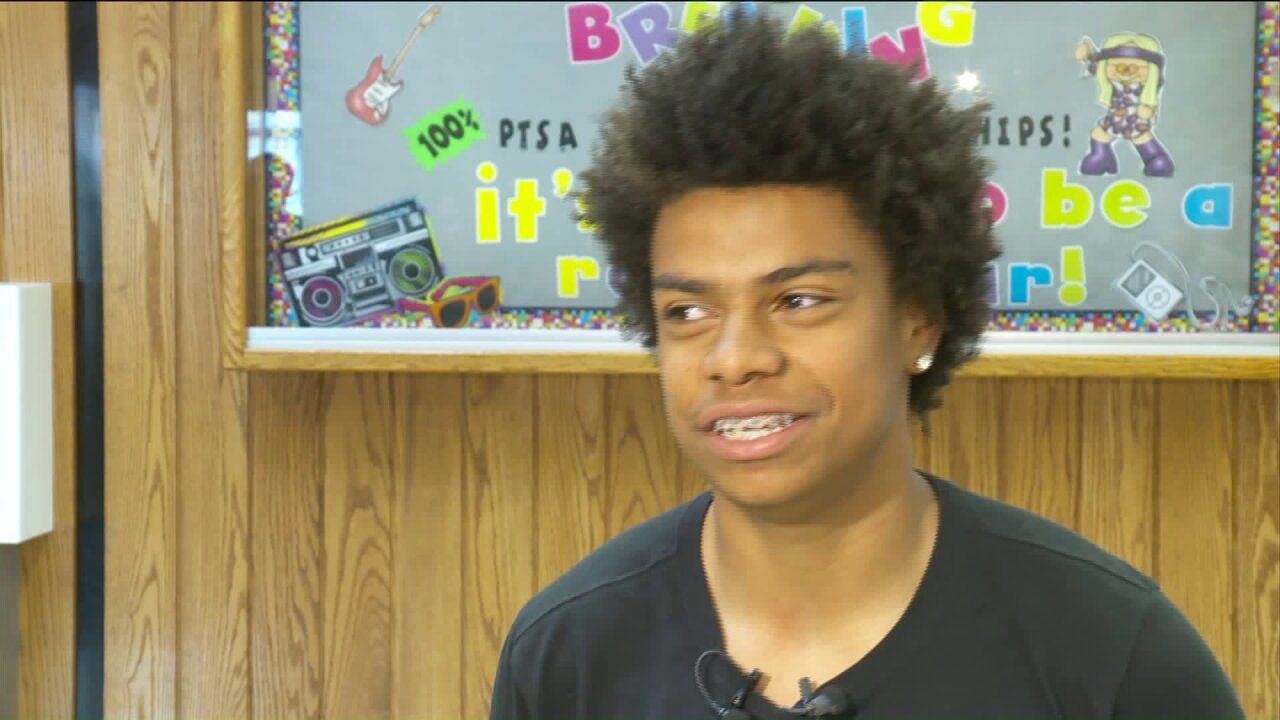 Keven Wilson did not know he was about to receive the reward, and he did not even know the award existed.  Every year since 2013, Granite has picked one student as its most “Incredible Kid."  They take many factors into account.

“We’ve recognized students who have come here from third world countries who are refugees,” said Brent Severe, CEO of Granite Education Foundation.   “We have recognized Caucasian kids who have overcome homelessness; and then Keven today, who’s overcome challenges to become an incredible kid.”

The district has 68,000 students in 90 schools.  There were 1,000 nominations this year, including a few repeat nominations.  Keven’s adopted mother, Jessica Wilson, nominated her son because she has seen his perseverance.

“His whole living situation changed,” said Wilson.  “He was removed from his house (then a shelter) and put into our care, so before there was no structure, nobody cared about where he was, or what he was doing, and so he hung out with other kids whose parents didn’t care about where they were or what they were doing.”

She credits his change in attitude to her family caring for him and giving him daily structure and goals.  Keven credits football and his siblings motivating him to be their example.

“Football, that really helped me get my grades up,” said Keven Wilson.  “I am going to try to (reach and) maintain a 4.0 and be a good person and a great football player.  If I do wrong, then they are going to do wrong; if I get bad grades they will get bad grades.”

He said he was not expecting an award for his life-changing ways.

“I was just in shock; I didn’t know what happened or what was going on,” said Wilson as he was reacting to walking up on stage and receiving many gifts from local companies and foundations that support students’ achievements.

He received a $1,000 college scholarship check from Granite Education Foundation, along with a laptop, backpack, digital camera, Nike swag bag filled with clothes and shoes, University of Utah tickets to a game this coming fall, including sidelines seats for him and his family along with many other great prizes.

“His mother said he only had a Polaroid camera growing up,” said Severe.  “He didn’t have any pictures of his youth growing up, and he told his adopted parents that if he could have anything he would wish for a camera, a digital camera, where he could capture memories where he could preserve those for his kids later in life.”

Now he has that new digital camera to use and capture all those future memories.

“He is an incredible kid and we are honored to be a part of it,” said Severe.