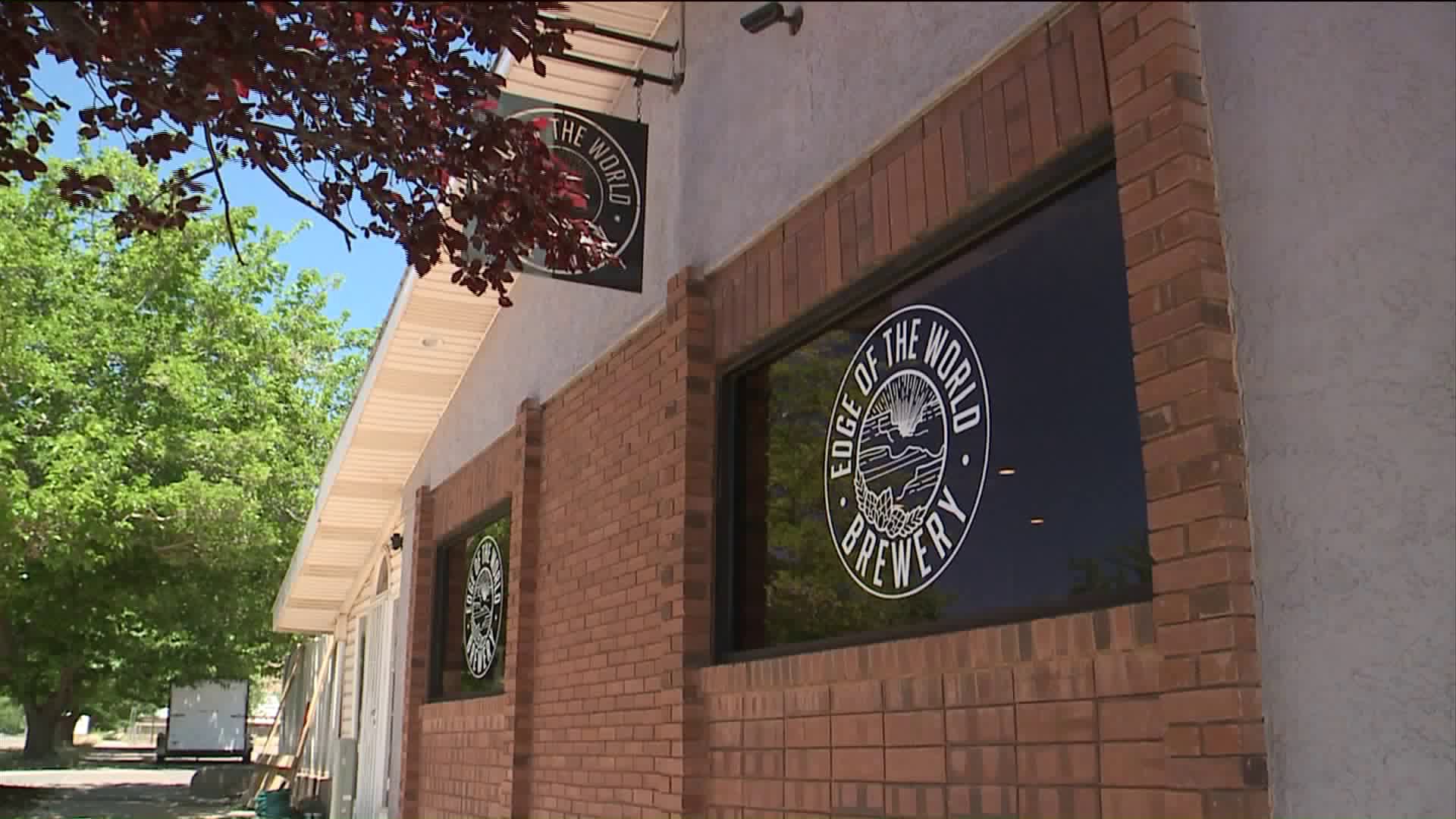 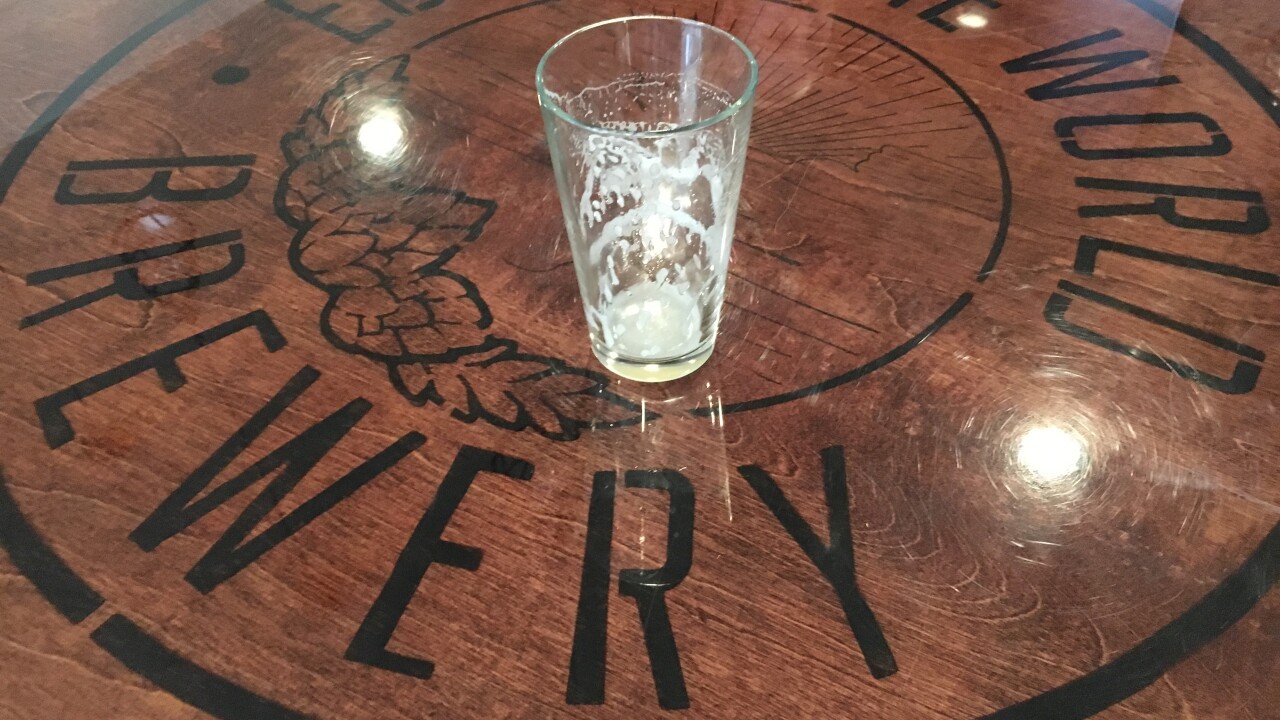 COLORADO CITY, Ariz. -- It started with making beer in a garage. Now, this polygamous border town has its first-ever brewery.

"We wanted to do something to help bring some life back into the community," said Nick Dockstader, the brewmaster at Edge of the World Brewery.

An empty pint glass sits on the bar at Edge of the World Brewery in Colorado City, Ariz. (Photo by Ben Winslow, FOX 13 News)

Gwen Darger, one of the owners, knows the idea of a brewery in the middle of this fundamentalist Mormon community may turn a few heads. But Hildale, Utah, and Colorado City, Ariz., are changing quickly. More people who left or were excommunicated from the Fundamentalist LDS Church are moving back home with their families. They want more services like restaurants and a little nightlife.

"Because of the changes, I think there's been a little pushback but mostly support," she told FOX 13. "And the support has really made the pushback easier to deal with."

Darger opened Berry Knoll Bakery next door and then decided to get into the beer business.

"I was actually the first restaurant to start when the FLDS left and so from there, the inspiration was kind of there to start the brewery," she said. "Pizza and beer just go so well together!"

Under imprisoned polygamist leader Warren Jeffs, Hildale and Colorado City have faced a lot of law enforcement and government scrutiny. Culturally, the community has fractured as families were divided under Jeffs' orders and people were ousted from the FLDS Church.

But some of those people have chosen to stay, or return to the familiar red rock cliffs that cradle the communities known as Short Creek. Sometimes they find themselves reuniting at Edge of the World.

"It's been great to see people come in and be so friendly to each other," Darger said. "People that haven't seen each other since high school or that's been split up in everything that's been going on and see them hugging.  It really does feel like a place for the community to come together, catch up and have a few beers."

The Edge of the World Brewery in Colorado City, Ariz. (Photo by Ben Winslow, FOX 13 News)

Edge of the World's owners weren't sure if they could open in Colorado City, which still has a council made up of FLDS members. But the council agreed to let them open if the state of Arizona gave approval. (Unlike their mainstream Mormon counterparts, FLDS members do not necessarily eschew alcohol, Darger said.) Because they are in Arizona and not Utah, Edge of the World is also able to sell higher-point beers.

Right now, they primarily serve Arizona-made brews. During the week, they work on perfecting their own brews. Dockstader says they've made pale ales, and a Hefewiezen they brewed up sold out quickly when they put it on tap.

When they're open Thursday through Sunday, Dockstader said they are starting to get a crowd and quite a few regulars.

"It's a place where everyone can come together," he said. "Somewhere everybody can come to feel comfortable."