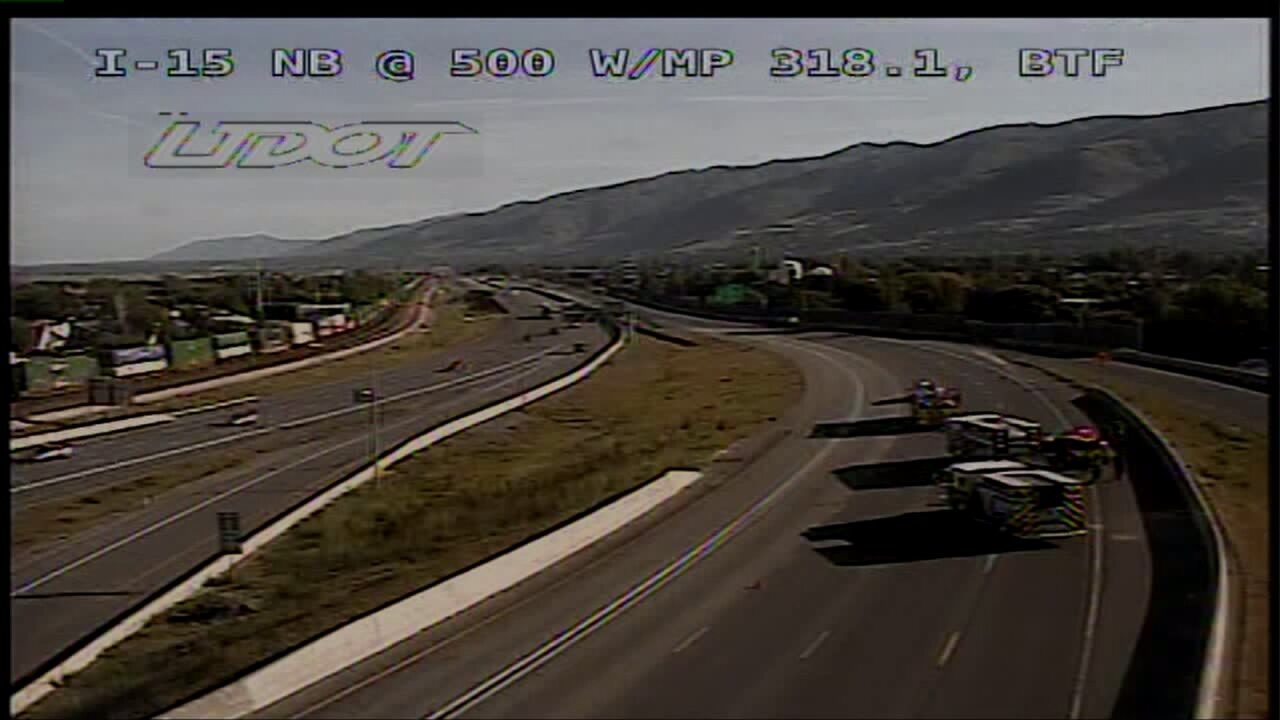 UPDATE: Authorities stated as of about 2 p.m. that northbound I-15 has reopened in the area.

BOUNTIFUL – Northbound lanes on Interstate 15 were closed on Sunday morning after Utah Highway Patrol says a semi-truck lost one of its trailers spilling “undiluted” calcium chloride across the road at 500 North near mile marker 318.

Troopers say the hazmat situation is hazardous but not volatile, meaning the public is not at risk.

However, troopers and hazmat crews warn that if you drove through the incident site after the crash you might feel some minor lung discomfort for a short period of time afterward. If the discomfort continues they advise seeking medical care.

Calcium chloride is a substance found in many de-icing agents once it is diluted.

The incident occurred around 8 AM when UHP reports that the semi-truck, which had two trailers in tow, lost its rear trailer as it flipped onto the highway in Bountiful.

Troopers are currently investigating what exactly caused the trailer to flip and disconnect and say the driver actually continued driving for a bit before realizing he had lost the trailer.

UHP is advising drivers to avoid the area.

Until then traffic will be diverted off at 400 N. and drivers are being urged to find alternate routes.