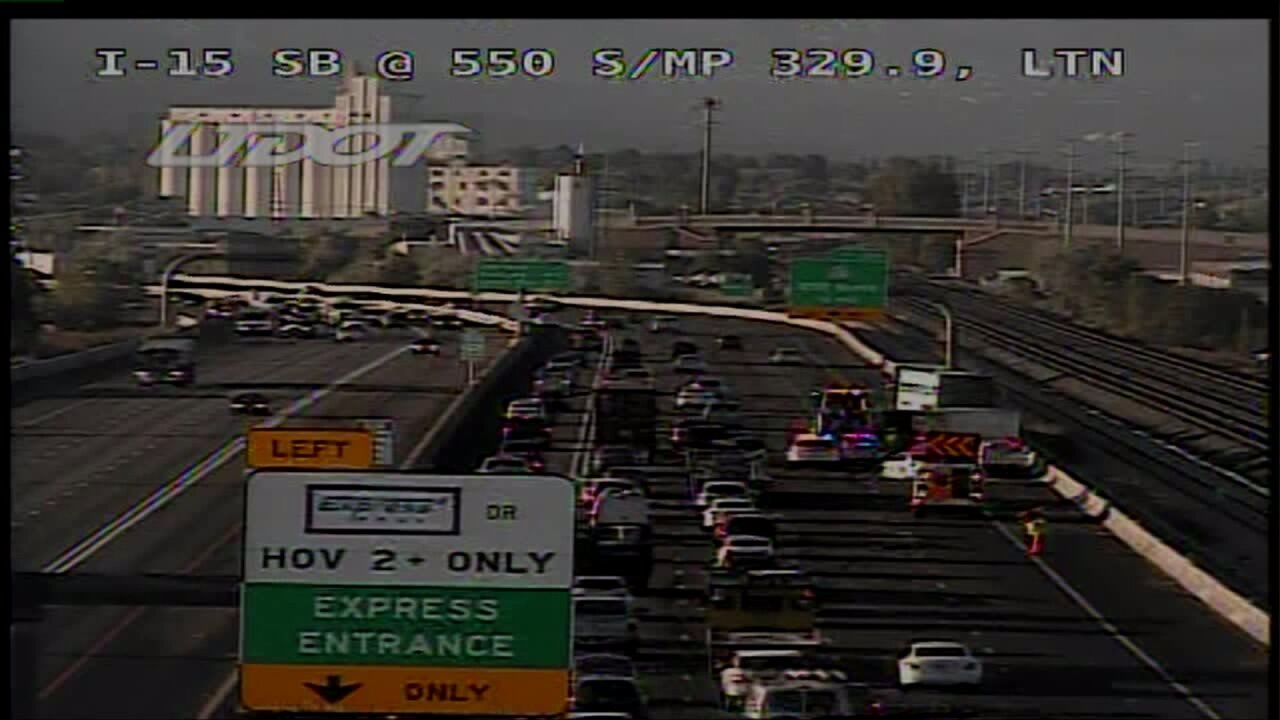 LAYTON, Utah – A suspect running from Syracuse Police caused a crash in Layton that backed up traffic for miles Tuesday.

Utah Highway Patrol Lt. Todd Royce said police stopped chasing the car when it got on I-15 southbound.

Royce said the suspect tried to pass cars using the right lane, lost control and went under a semi-trailer, causing it to overturn on I-15 near 550 S. in Layton.

Four people in the suspect’s car are in custody, some have minor injuries.

Royce said at least one will be booked into jail.