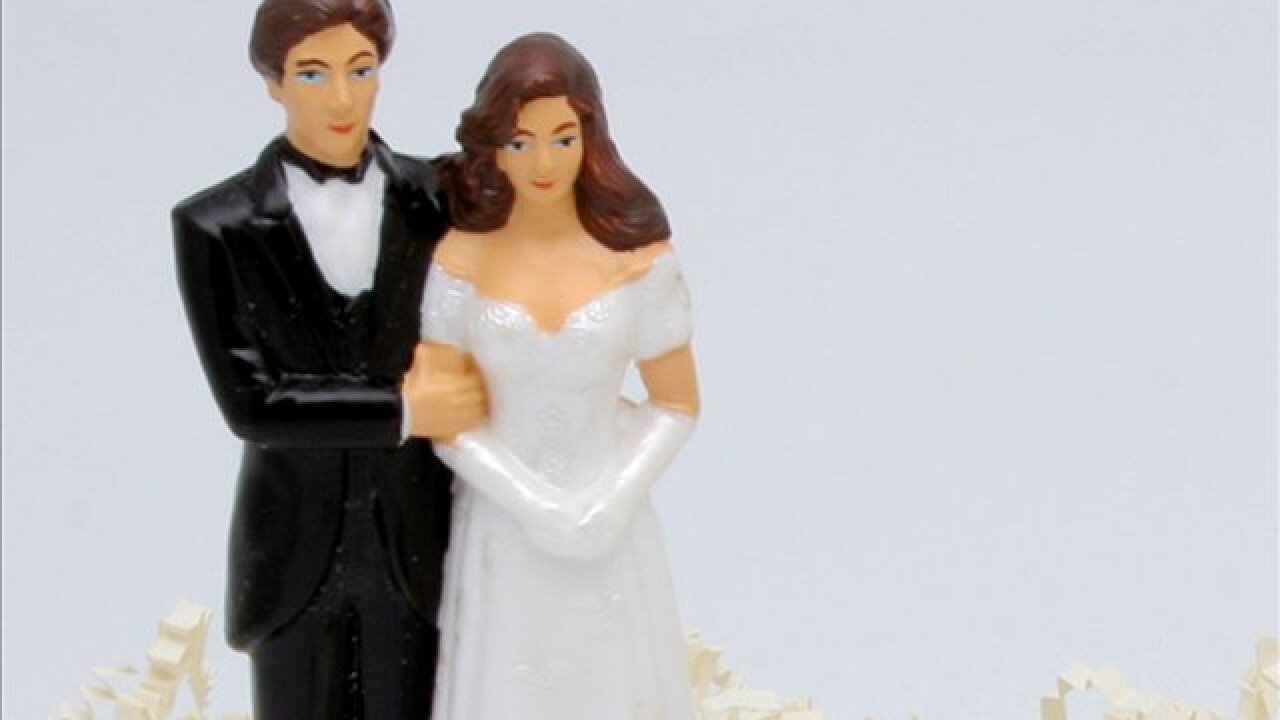 SALT LAKE CITY -- A state lawmaker is seeking to ban anyone under 18 from getting married in Utah.

Rep. Angela Romero, D-Salt Lake City, filed a bill for the 2019 Utah State Legislature, raising the legal marriage age in Utah to 18 and above. In an interview with FOX 13, Rep. Romero said she was doing it to help safeguard the state's youth from sexual abuse.

"Most of these people are young women and so my concern is about protecting them," she said. "Protecting their innocence and allowing them to be children."

Right now, Utah law sets the marriage age at 15 with permission from parents and a juvenile court judge. People can get married at 16 or 17 with parental permission only. Rep. Romero is picking up a bill previously run by a Republican counterpart, Adam Gardiner. She said in 2010, 214 people under 18 married in Utah.

Rep. Romero said 18 is when someone is legally an adult, so that should be when people could be free to enter into marriage.

"Someone under 18 cannot consent. I know there’s some communities that will be upset about this but moving forward, we need to look at the best interest of children," she said.

Child-bride marriages have been the subject of a lot of legislation and prosecution in Utah. Fundamentalist LDS Church leader Warren Jeffs is currently serving a life sentence in a Texas prison for child sex assault related to marriages with girls. Other members of his church have been convicted of charges in Utah related to underage marriages.

Last year, a child bigamy law went into effect in Utah that prohibits anyone under 18 from entering into a polygamous marriage. Some fundamentalist Mormon churches that FOX 13 spoke with on Tuesday said they have stopped marriages involving anyone under 18.

"We are not doing plural marriages under the age of 18. But we might do an occasional single marriage for someone under 18," said the Apostolic United Brethren church. "However, that requires legal parental approval. We don't do that very often, if at all any more."

A spokesman for the pro-polygamy group Principle Voices told FOX 13 the Centennial Park community on the Utah-Arizona border also does not perform any marriage for people under 18.

Rep. Romero said her bill was not targeting polygamous communities.

"I don’t care if it’s a polygamous community or what community it is, a child is a child," she said.

The Church of Jesus Christ of Latter-day Saints declined to comment on the legislation until it had read the bill's language.

"We do not have a position at this point and will wait until there is text to review before taking a position," said Jean Hill, the government liaison for the Catholic Diocese of Salt Lake City. "However, we encourage and try to assist all couples to make thoughtful, mature and informed decisions before entering into the lifelong commitment of a sacramental marriage."

Rep. Romero said she wants those who decide to marry are informed and ready.

"I want to make sure that when they make the decision to commit to marriage that they're full aware of what they’re doing and it's their choice," she said. "Not their parent’s choice or an adult man’s choice. Their choice."