After pressure on social media, Zion visitor admits to graffiti on rock 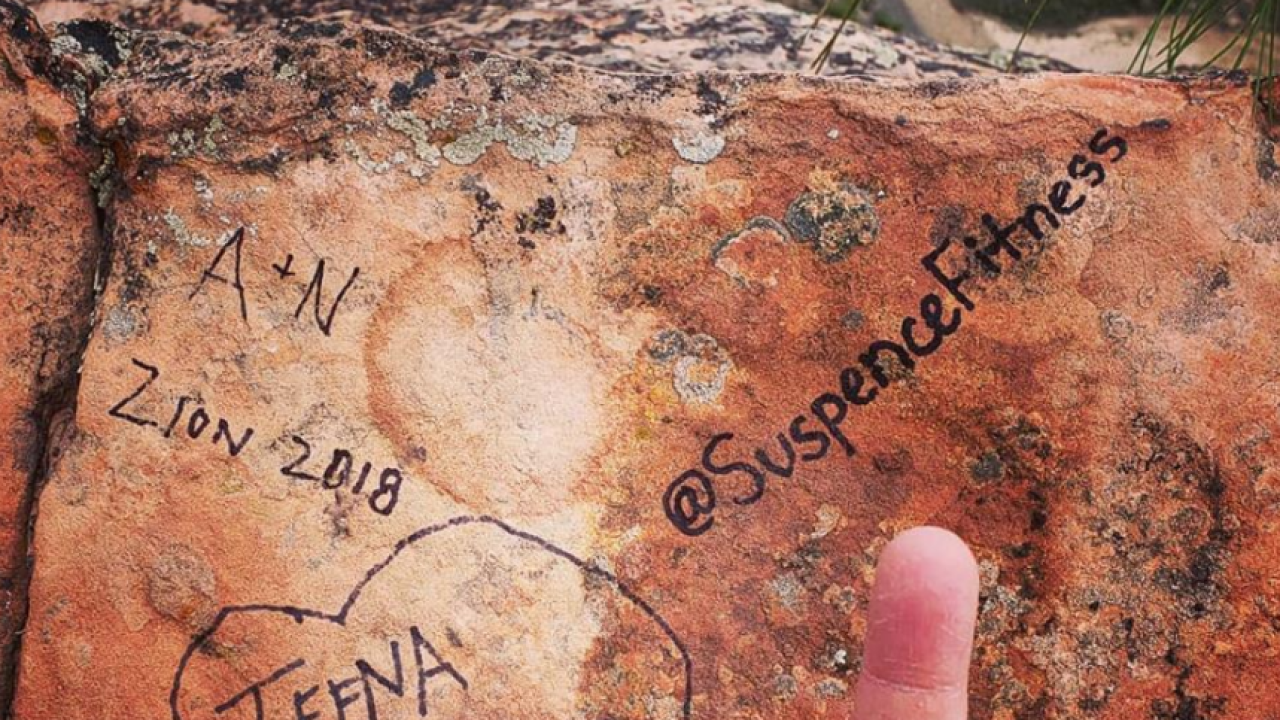 SPRINGDALE, Utah – Following “swift and severe” backlash on social media, a suspect responsible for graffiti on a rock in Zion National Park has come forward.

The backlash was sparked after a visitor at the park posted a photo of the graffiti, condemning the act:

“Please pardon my vulgar hand gesture, but this is how I feel about people who vandalize our national parks. Graffiti like this is illegal and unwanted, and permanent marker takes a fair amount of professional effort to remove. Seen on Angels Landing 5/12/2018.”

The visitor also posted a photo of the graffiti:

According to a press release made by the U.S. National Park Service, (NPS) the person responsible for the graffiti came forward and admitted that they had, in fact, committed the crime.

Following an outpouring of support on social media, the original poster released an update, saying the person responsible owned up to what they did.

“UPDATE: I have been in contact with the person who did this and they have contacted Zion’s NPS to make it right. We all make mistakes and it’s great when people own up to them. Please don’t send any more hate mail to this person. NPS knows.”

NPS stated that the individual was cooperating with investigators.