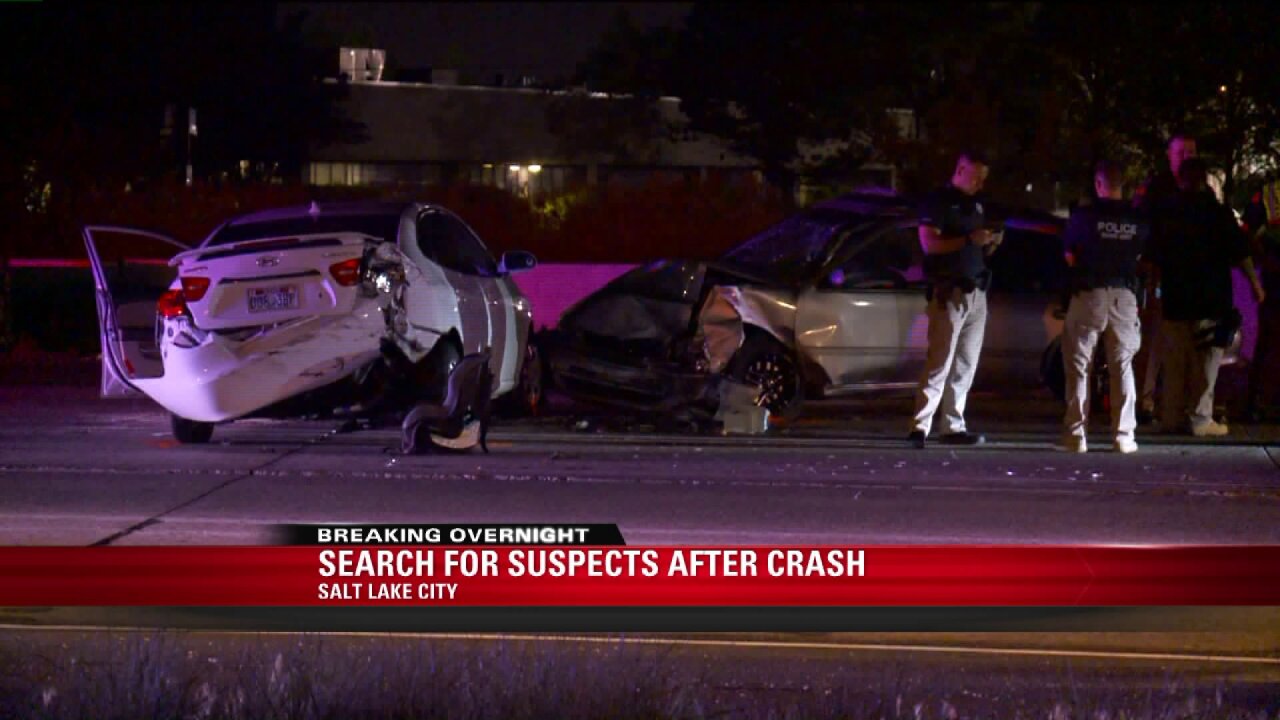 A car was driving the wrong way with no lights on and it hit another car head-on at 3600 West, police said.

Investigators said some of the people involved in the crash may also be linked to a drive-by shooting in Salt Lake City.

Officers responded to the drive-by shooting near 700 South and 800 West around midnight.

No one was hurt, and a short time later, police spotted a car that matched the one from the shooting.

Officers tried to pull it over, but the driver sped off.

The driver headed the wrong way on westbound SR-201 in an attempt to get away.

"Shortly after that they could see from their vantage point that it had actually hit a vehicle," said Lt. Scott Smalley, Salt Lake City Police Department.

The wrong-way driver crashed into an oncoming car, and police say two people ran from the scene.

"At this point we believe there are two suspects still outstanding," Lt. Smalley said.  "We don't have a description unfortunately for either one of them."

Two women in the car driving the wrong way were taken to a hospital with minor injuries. Police talked to them to see if they can lead them to the two who fled.

The victim in the other car went to the hospital with minor injuries.