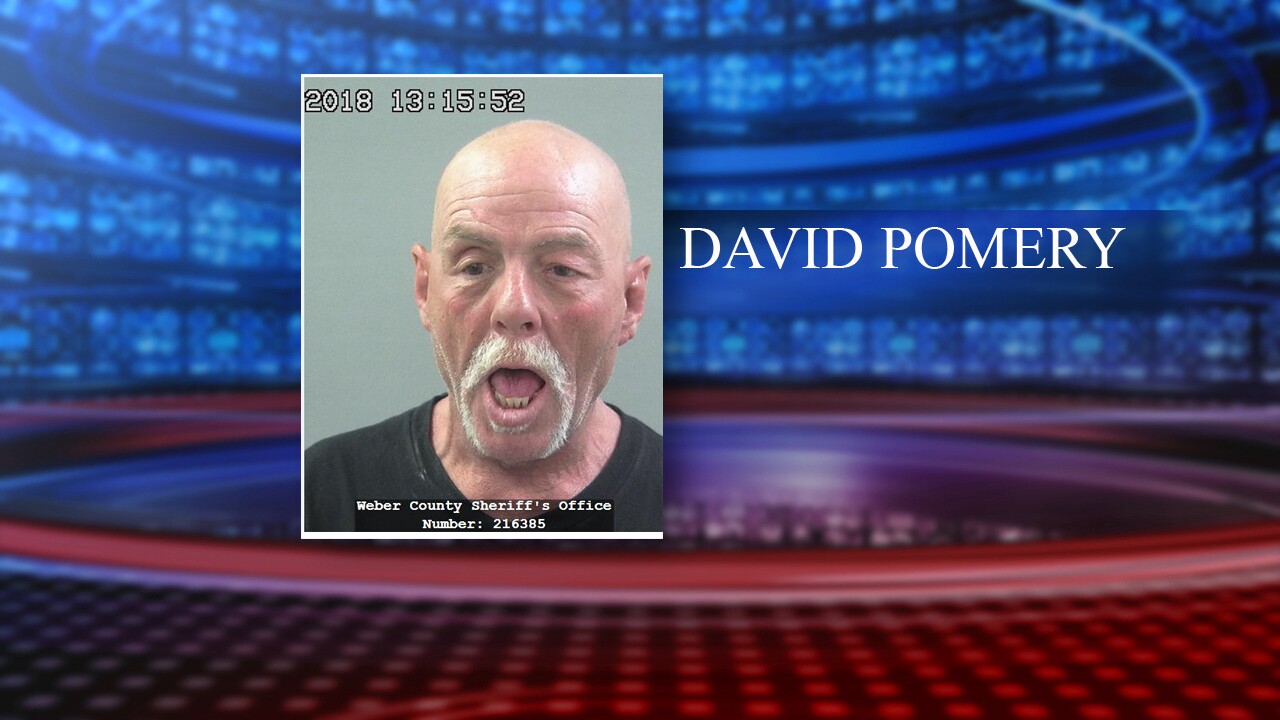 OGDEN, Utah – An Ogden man was arrested Saturday after allegedly breaking into an apartment with a metal pipe to steal underwear.

David Pomery, 57, was arrested and booked into jail for burglary of a dwelling, use or possession of drug paraphernalia, and criminal mischief.

According to an affidavit of probable cause released by police, the resident of an Ogden apartment near 300 E. 8th St. in Ogden came home and found Pomery in his residence, holding two pairs of underwear and a galvanized metal pipe.

The resident told police that he asked Pomery what he was doing in the apartment, and told him he needed to leave. Police said the resident had to “hit” the underwear out of Pomery’s hands to get him to drop them.

Officers were then contacted by the resident, who was following Pomery down the road.

Upon making contact with Pomery, officers learned that the resident had chased him off his property the week before. Pomery denied any involvement in the burglary and told officers he had no idea what the resident was talking about.

Police wrote that when they responded back to the apartment, they observed the underwear and the metal pipe Pomery was allegedly holding. The doorframe of the apartment had visible damage to it, and it appeared to be forced open by the metal pipe.

Pomery was placed under arrest for burglary of a dwelling. Upon a search of his person, officers said they found a glass pipe with a white residue at the end with burn marks on it.

“[The resident] stated he was in favor of pursuing charges against David [Pomery] for the burglary and attempted theft of his underwear, as well as the damaged property,” the affidavit of probable cause said.  “David was placed under arrest for possession of drug paraphernalia, criminal mischief and burglary of a dwelling.”