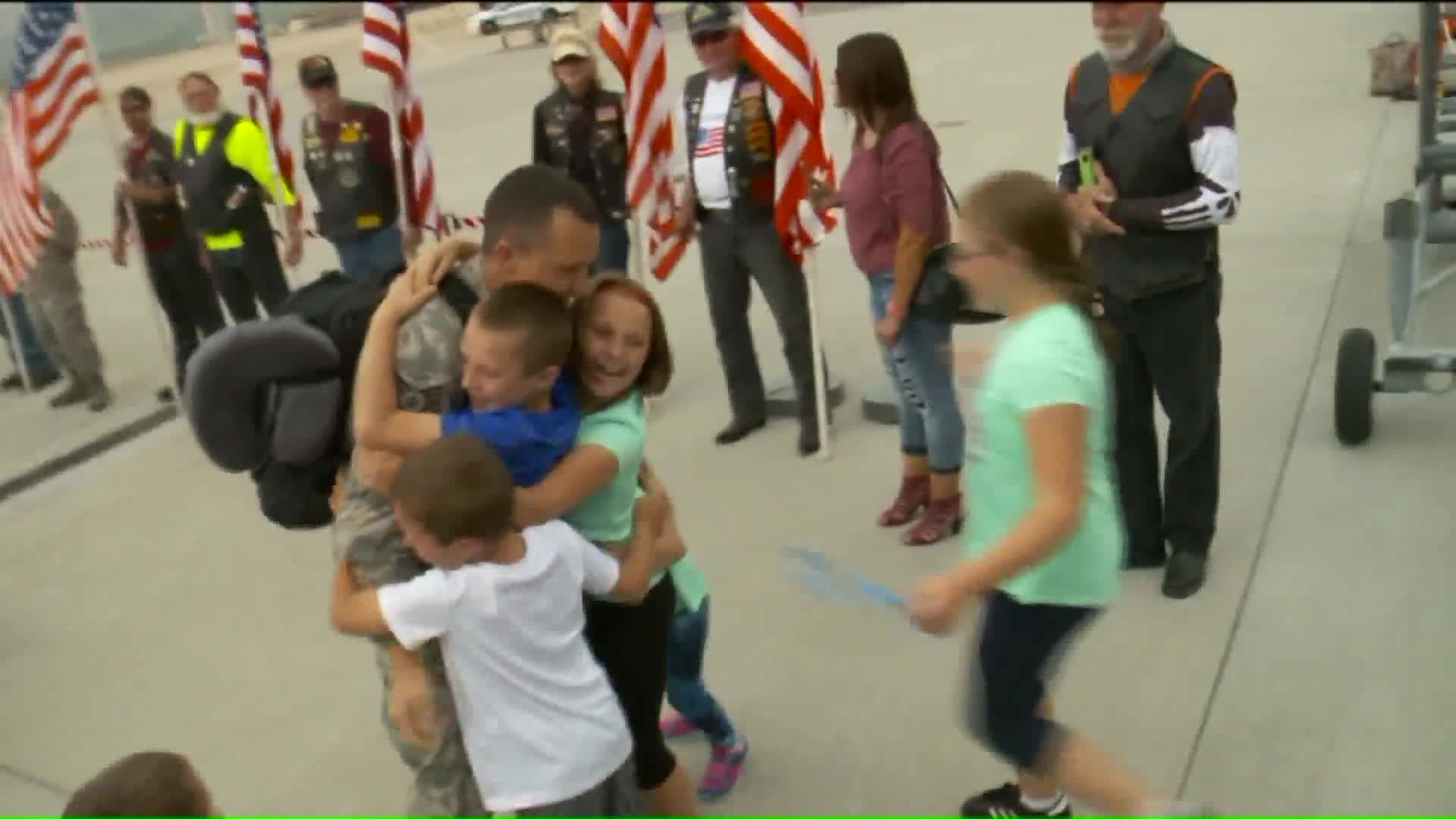 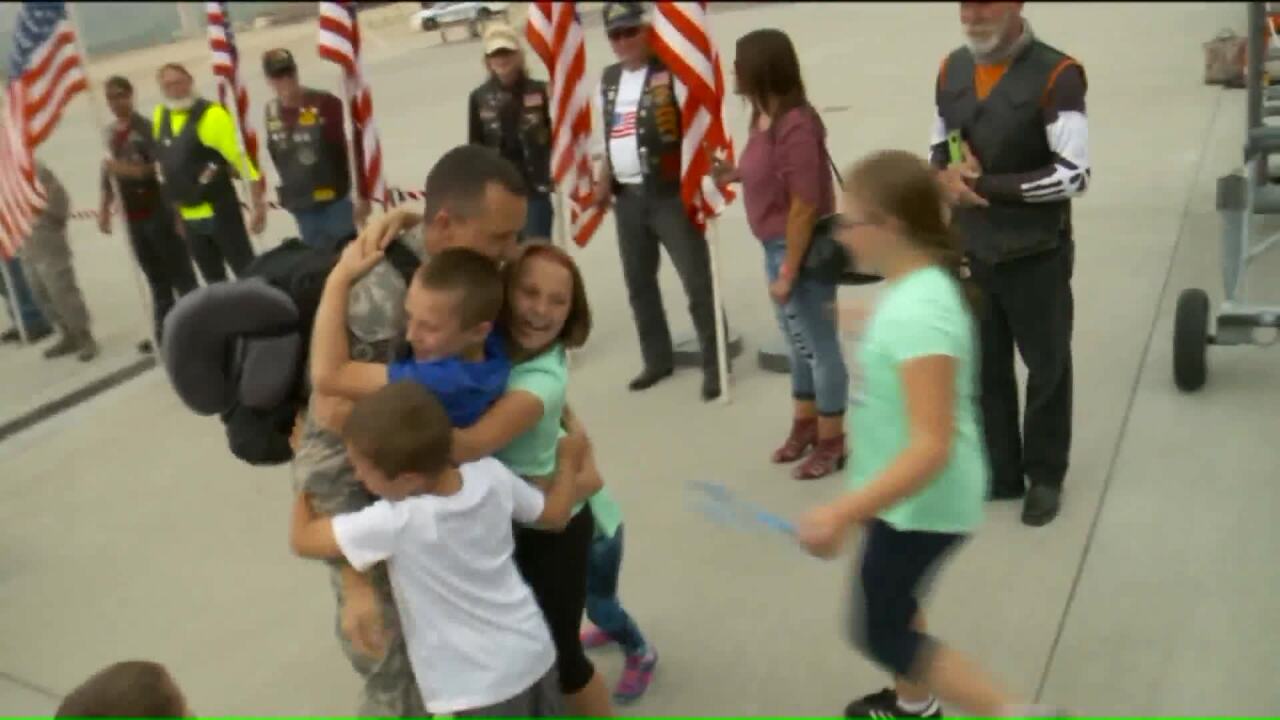 HILL AIR FORCE BASE – Becky Gale and her five kids waited six months for this day to arrive.

He served a six month deployment at Kadena Air Base in Japan and returned home Saturday.

As they waited for the plane to arrive, Becky couldn’t contain her excitement.

She says it’s a challenge raising five kids while her husband serves overseas. She treated Saturday morning as a typical day.

She waited to tell the kids the news that the day wouldn’t be ordinary.

“They didn’t know until about three hours ago that daddy was coming home today,” she said.

She recorded the moment when she told the children.

At first the kids can’t believe the news, then, they scream and shout with joy as they realize their family will soon be whole again.

The arrived at the base early, and finally, after 188 days of waiting, they were able to hug their dad.

“We missed you a lot,” one of the children said.

“I missed you guys, too,” their dad said.

After being thousands of miles away, Tech Sgt. Gale is back after missing so many important moments.

“That’s the most challenging part,” he said. “Being away for the holidays or their birthdays and not being able to see their faces all the time.”

Now, he plans to make up for lost time.

“Waking up in the morning to them coming in to wake you up, going to the soccer games cheering them on,” he said.

He realizes he may be deployed again. Something, he says, never gets any easier.

“Maybe when they get older, I don’t know,” he said. “It’s tough when they’re young, that’s the hard part.”

But for now, he’s happy his family of seven is together.

Personnel from the 388th Fighter Wing and the Reserve 419th Fighter Wing were deployed to Kadena Air Base in Japan as part of a theater security package.

They worked with the F-35 on the aircraft’s first long-term, overseas deployment.

The F-35 is the Air Force’s most advanced fighter jet.