Hawaiians on Big Island under threat of lava, earthquakes and ‘lethal’ gas 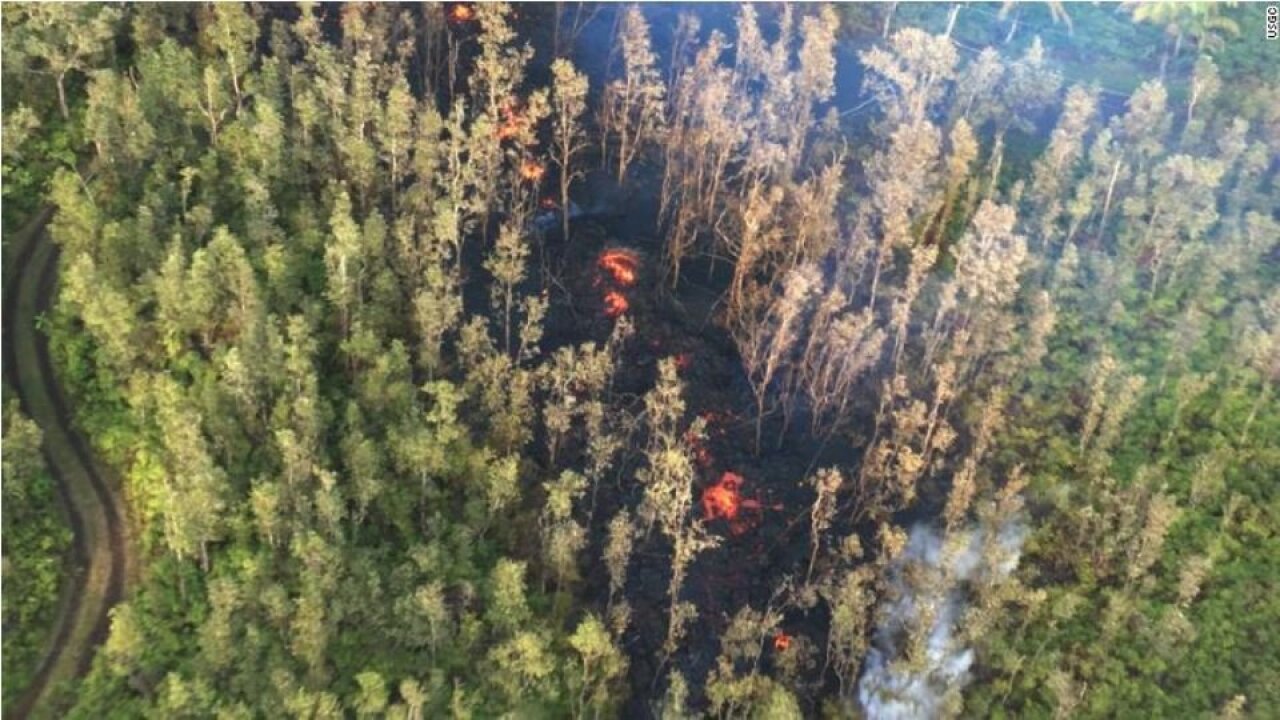 Kilauea volcano erupted and released lava into a residential area in Hawaii on Thursday, leading to mandatory evacuations of nearby homes.

Hawaiian officials are evacuating areas of the Big Island following a series of earthquakes and volcanic activity that have put thousands of lives in danger and are damaging homes and infrastructure.

Although 1,700 residents have been ordered to leave, some are choosing to stay behind — a grave mistake, officials say, as volcanic activity shows little sign of slowing down.

Among the many threats they face are lava, sulfur dioxide poisoning and earthquake damage.

The most obvious threat of volcanic activity is magma bursting through the earth’s surface and lava flowing toward residential neighborhoods. It’s spurting out of volcanic vents that have opened in Kilauea’s rift zone, an area of fissures miles away from the volcano’s summit.

Although lava moves very slowly, Wendy Stovall, a volcanologist with the US Geological Survey (USGS), said residents should remain alert and vigilant.

“Lava is so hot that it can ignite things before it touches them,” Stovall told CNN.

The Department of Water Supply has also issued an emergency water status in the Kapoho area, saying that lava has impacted water lines, causing a shortage.

But burnt homes and structures are not the only consequences of lava.

It has also set fire to trees and other vegetation, causing another threat — methane explosions.

“Those occur when lava flows encounter vegetated areas and vegetation burns and releases methane gas,” Stovall said. “Methane pockets can get trapped underground and explode violently, throwing rocks and debris in many directions.”

Residents who have chosen to ignore orders to evacuate are making a grave mistake, Stovall said, as they could potentially be exposed to another gas — sulfur dioxide.

“The people that are choosing to stay there are really putting themselves at risk from the sulfur dioxide,” she said. “It’s at lethal concentration.”

Volcanic eruptions release the gas, and exposure to high levels can be life-threatening, according to the federal Agency for Toxic Substances and Disease Registry.

It can cause burning of the nose and throat and “severe airway obstruction.”

Hawaii has been rattled by more than 1,000 earthquakes in the past week. While many were minor and caused little damage, a 6.9-magnitude earthquake struck Friday, knocking out power to 14,000 residents.

Earthquakes pose a threat no matter how powerful they are. The strong shaking can cause objects to move around and reduce buildings to rubble, trapping people underneath.

Fortunately, the worst of the earthquakes appear to have passed, Stovall said.

“The best thing people can do is drop, cover and hold,” Stovall said. “Secure your belongings. Don’t go to sleep with something hanging above your head.”

“Be vigilant,” she added.

Tsunamis possible, but not likely

When there’s a significant earthquake at sea or on an island, a tsunami is possible. Fortunately, Stovall says, Hawaiian residents probably aren’t at risk of being hit by a wall of water.

“Tsunami hazards only occur if there’s a significant displacement of the sea floor,” she explained. And because Hawaii has seen what will likely be its largest earthquake, and because there was no tsunami threat, “at this point it seems unlikely.”

Officials are continuing to monitor the situation, hoping to avoid a repeat of the 2011 tsunami, which devastated Japan before striking Hawaii and reaching California. Hawaii’s then-Gov. Neil Abercrombie said it caused the state tens of millions of dollars in damage.