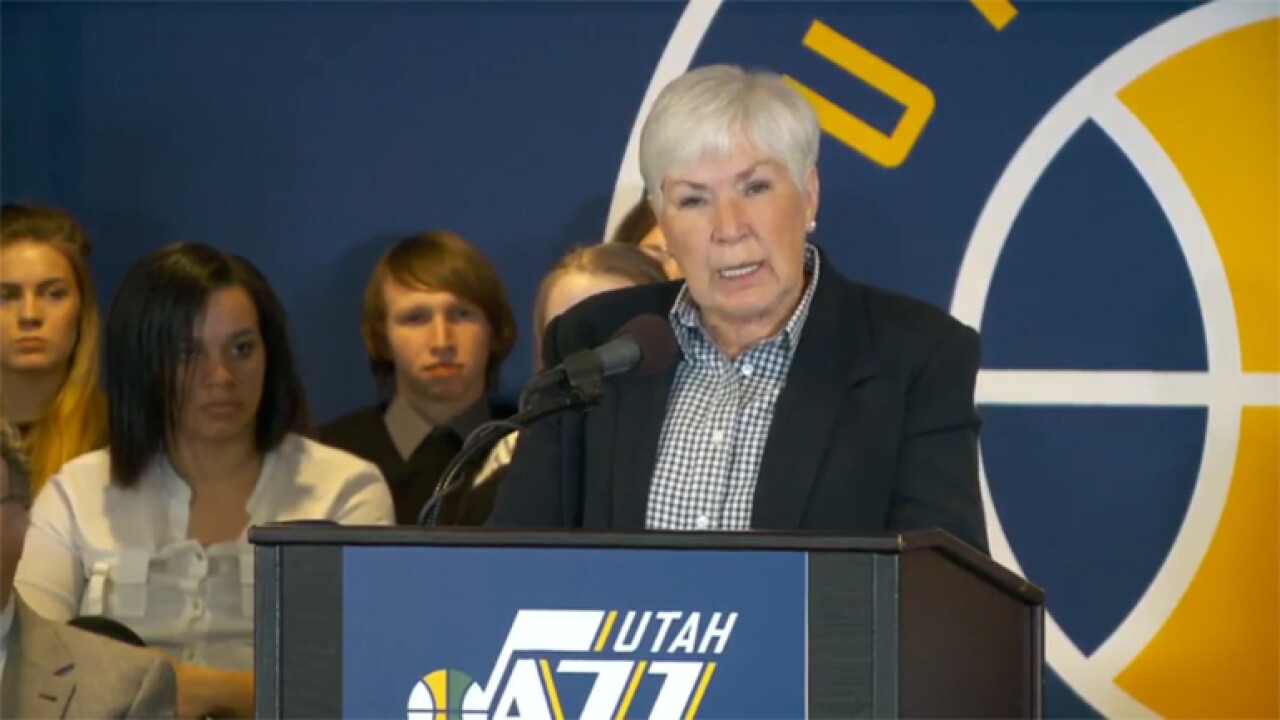 SALT LAKE CITY — Count My Vote, the citizen ballot initiative that allows political candidates to gather signatures to get on the ballot, has fired back at robocalls against it with one of their own.

The phone call, going out to counter ones by a rival group called Keep My Voice, features former Utah Gov. Mike Leavitt and Utah Jazz owner Gail Miller, both backers of Count My Vote.

“We’re calling to thank you for signing and supporting the Count My Vote initiative, which gives all Utahns a voice in choosing candidates for public office,” Miller says on the recording, provided to FOX 13.

"We also want to warn you about the dishonest tactics of our opposition. You may have already been called, even threatened or bullied in an attempt to remove your signature from the petition that will allow Utahns to vote on how their public officials are chosen," Leavitt says.

The phone call suggests that people can file a complaint over the Keep My Voice tactics with the Utah State Elections Office.

It's the latest in the initiative that sparked a civil war within Utah's Republican Party, splitting the state's dominant political party into factions, causing open feuding at the state convention and years of litigation. Some within the party support allowing political candidates to gather signatures, skipping the caucus and convention system that others prefer to keep as the exclusive method.

Supporters of Count My Vote have argued that signature-gathering and a direct primary is a fairer method to pick candidates and that only those with extreme viewpoints similar to party hardliners are advanced in convention. The caucus/convention supporters counter that theirs is a fairer system to properly vet candidates who don't have the money to hire signature-gatherers and the delegates ensure the candidate's voice more closely reflects local concerns.

Keep My Voice was formed as its own ballot initiative to let voters decide if they wanted to exclusively revert back to the caucus/convention system only. However, the ballot initiative failed to secure enough signatures and withdrew.

A FOX 13 analysis of validated signatures shows Count My Vote has enough in 26 of Utah's 29 Senate districts necessary to qualify for the November ballot. However, there is a period of time in which petition signers can remove their signatures.

Keep My Voice supporter David Bateman told FOX 13 on Friday his group was reaching out to inform voters that they may have been "misled, and in some cases even lied to or had their signatures forged."

It is not illegal to ask someone to remove their signature from a citizen petition, but both Count My Vote and the Utah Patient's Coalition (which is running the medical marijuana initiative) have decried the tactics of their opposition. Gov. Gary Herbert has even said he does not believe people should remove their signatures, but instead vote in November on the issues.

May 15 is the cutoff date for signature validation. Lt. Governor Spencer Cox will then certify which initiatives qualify. Based on the FOX 13 analysis of signatures submitted so far, it appears medical marijuana, Medicaid expansion and Count My Vote have qualified to go before voters in November.