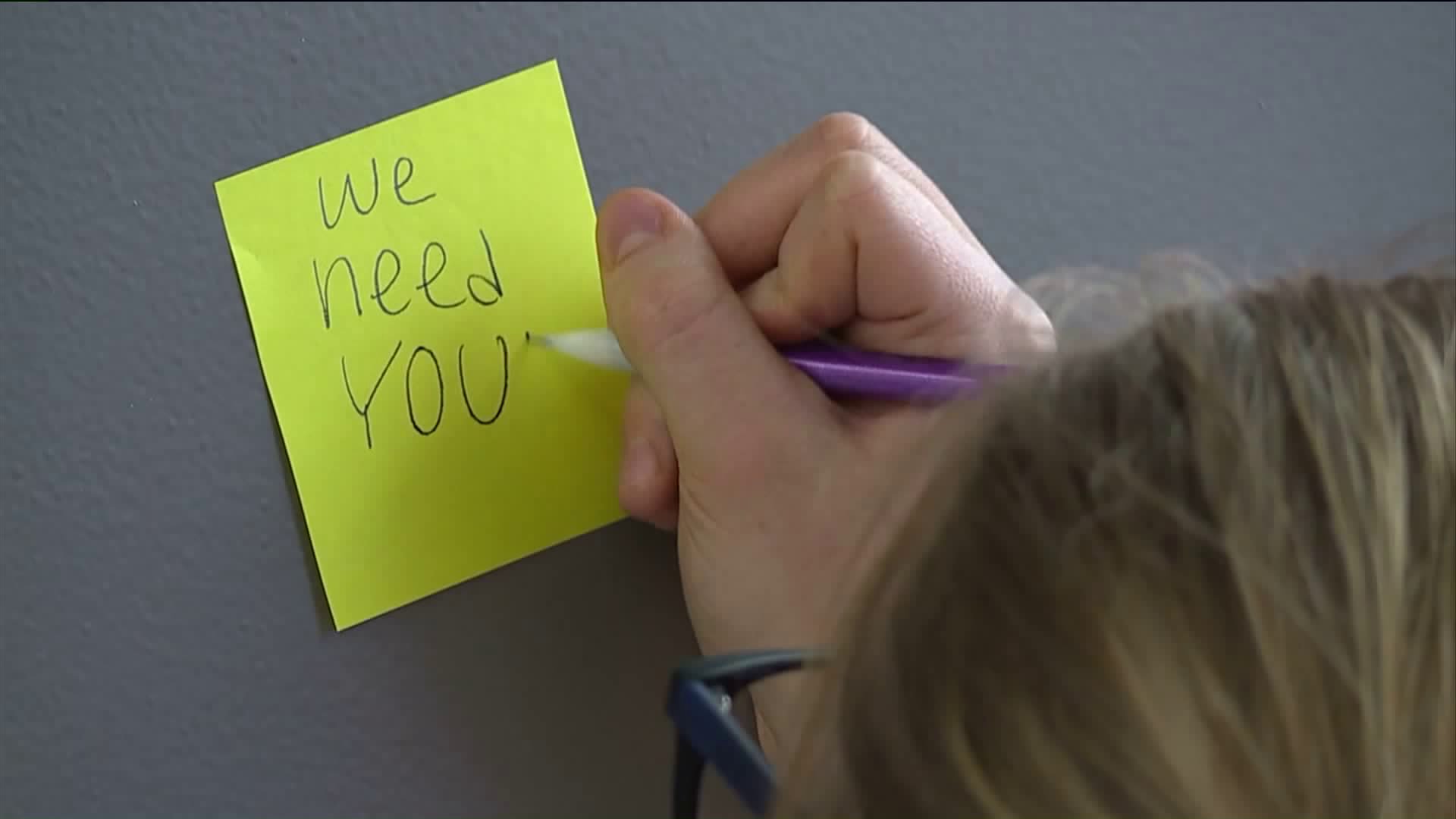 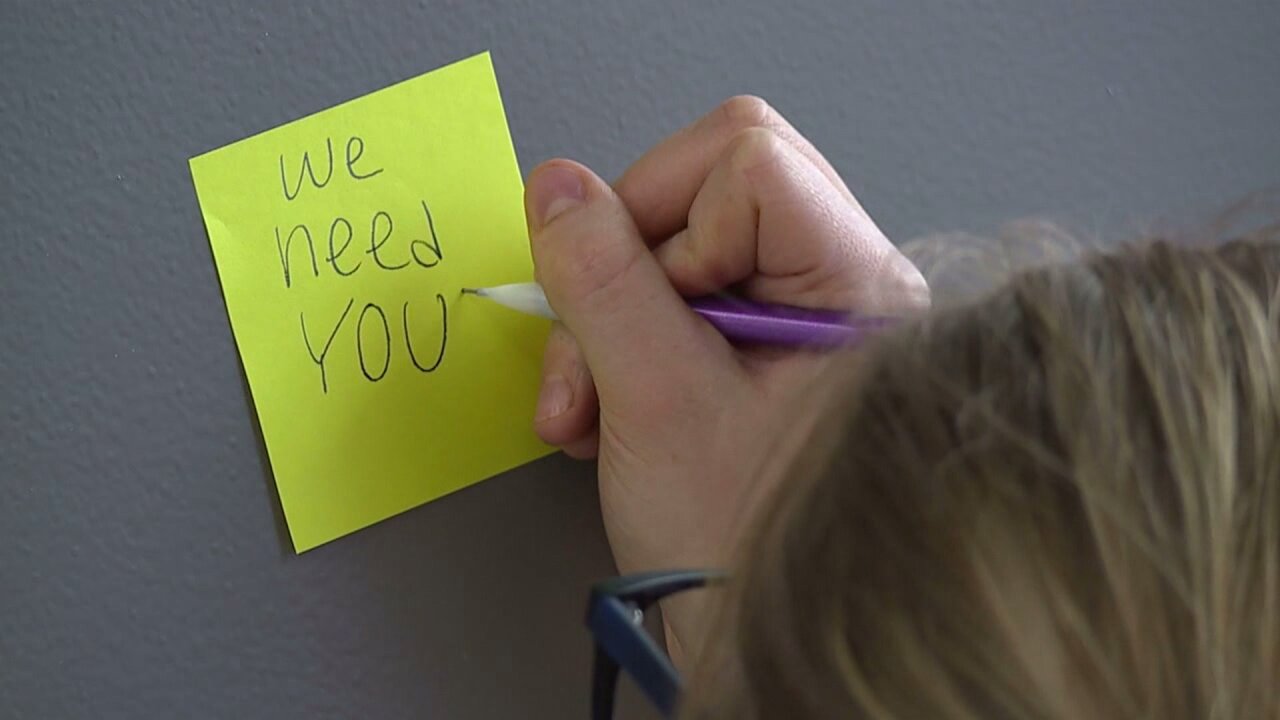 HERRIMAN, UTAH -- A new club at Herriman High School is hoping to brighten students' day through small acts of kindness, as a particularly difficult year comes to a close.

This week, the school experienced its sixth death by suicide. Add in another student killed in a crash, and the Mustang community's been reeling in grief and pain.

"After having seven deaths at a school, it kind of makes things pretty dismal," said student Danielle Fisher.

She said the most recent death brought tears and absolute sadness. As she tied yellow ribbons around trees for suicide awareness Thursday, she found someone left a kind note on her car.

That's where she got the idea to promote positivity around Herriman High through Post-it notes.

Fisher and other students in the Golden Gate Club wrote encouraging words and phrases on hundreds of sticky notes Friday, hanging them all over lockers, walls, windows—any surface students might see them.

"We're saying things like, 'You matter,' 'We love your smile,' 'We need your laugh here,'" Fisher explained.

The notes are part of the club's Stay Kind campaign. Ryan Cherry, president of Golden Gate Club, said friends told him Friday that seeing the yellow ribbons and notes gave them hope.

"I had some friends that were really close to the victims of suicide, and they said that this actually gave them hope for next year," he said.

Fisher and her friends smiled as they wrote heartfelt phrases like "We need you," "You have a purpose," and "Never alone."

"Seeing a positive message can really turn your day around," she said.

Senior Shaylee Olson says she's helping organize a Black Out Day and Flash Flood Day next week, in an effort to continue the camaraderie.

Olson explained that on Tuesday, students will attend an assembly and watch a skit about Black Out Day. On Wednesday, students are encouraged to wear black and turn their smart phones off or leave them at home for the day—so they can spend time connecting in person.

She said they're hoping each student makes it a point to meet five new friends. On Thursday, the events will wrap up with Flash Flood Day. Students will wear blue, and Olson described how students can take pictures at photo booths around the school and upload them to social media with upbeat phrases and hashtags to promote positivity online.

Those events, along with the Post-it notes, she said are all in hopes of being able, "to brighten their day so that they can have the strength to make it through such a hard time."