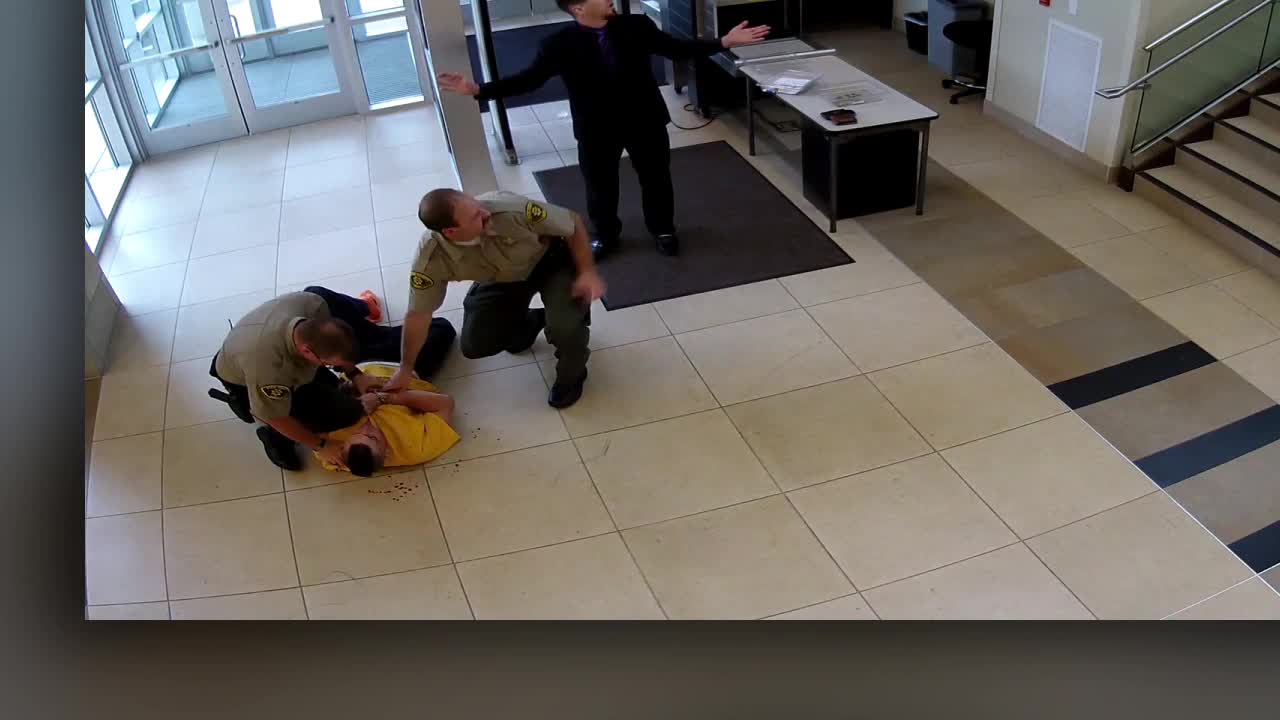 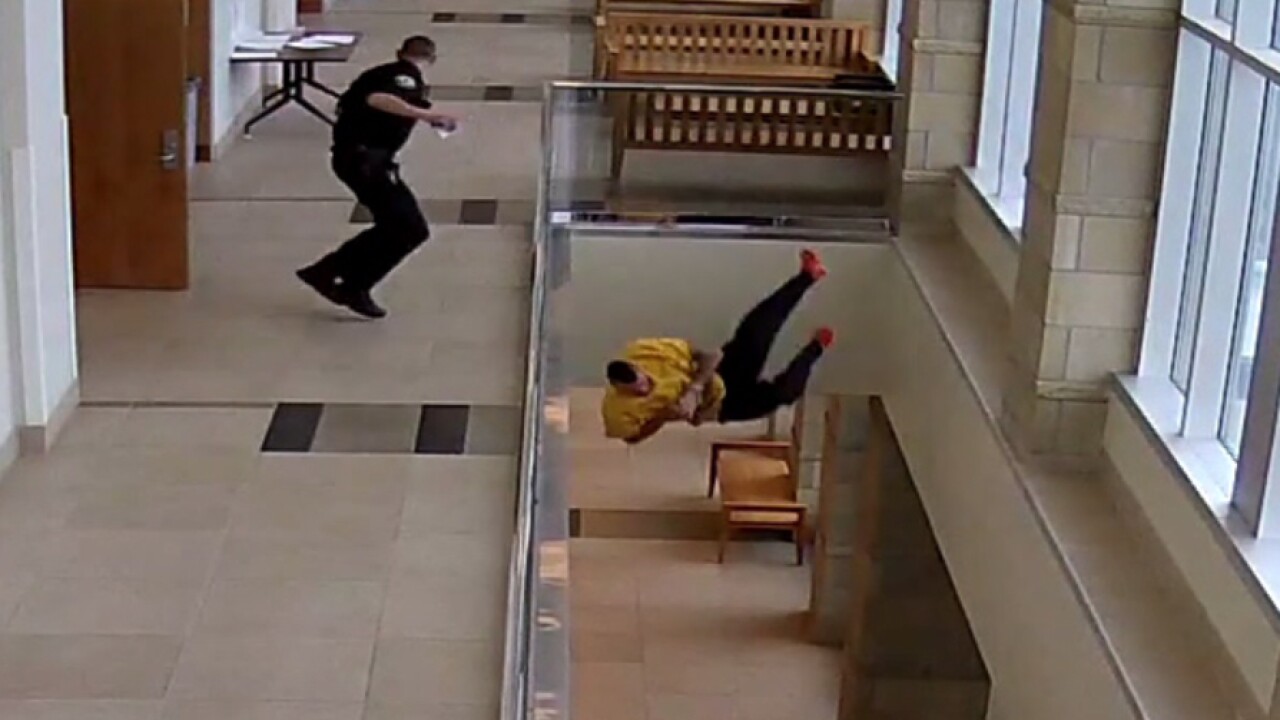 Viewer Discretion Advised SPANISH FORK, Utah — Security camera images show a handcuffed man running out of a courtroom and throwing himself over a railing to the floor below at a courthouse in Spanish Fork.

A spokesman for Utah State Courts identified the man as 35-year-old Christopher Clay Rudd, who was supposed to be appearing before a judge "for an order to show cause for skipping out on his rehab."

The security camera images also show a bailiff attempting to break Rudd's fall, and Rudd appeared to have been bleeding from a head wound after the fall.

Mapleton Police arrested Rudd on April 26 for theft, possession of a dangerous weapon by a restricted person and drug-related charges.

Watch FOX 13 News and fox13now.com for more updates as they become available.