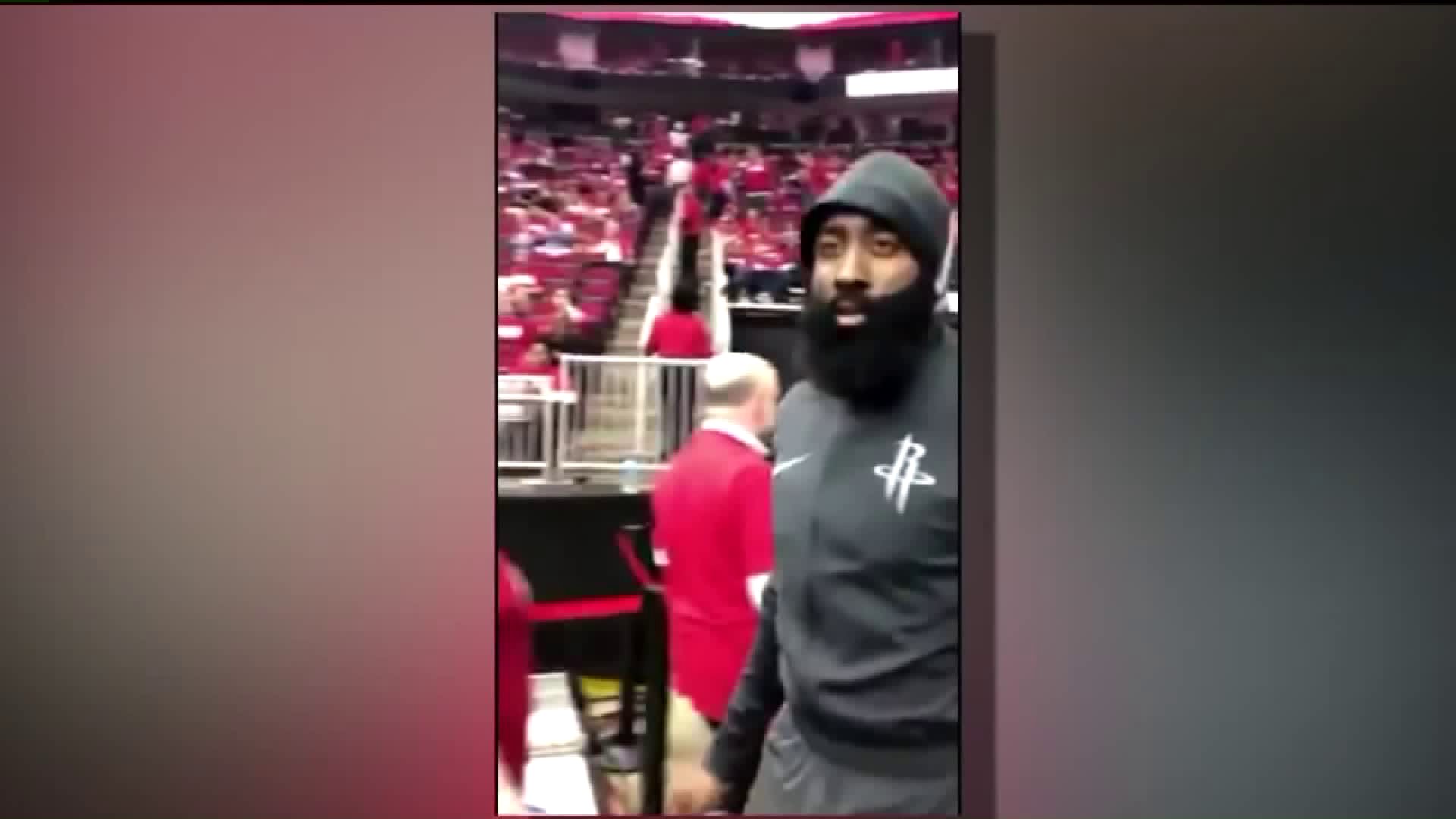 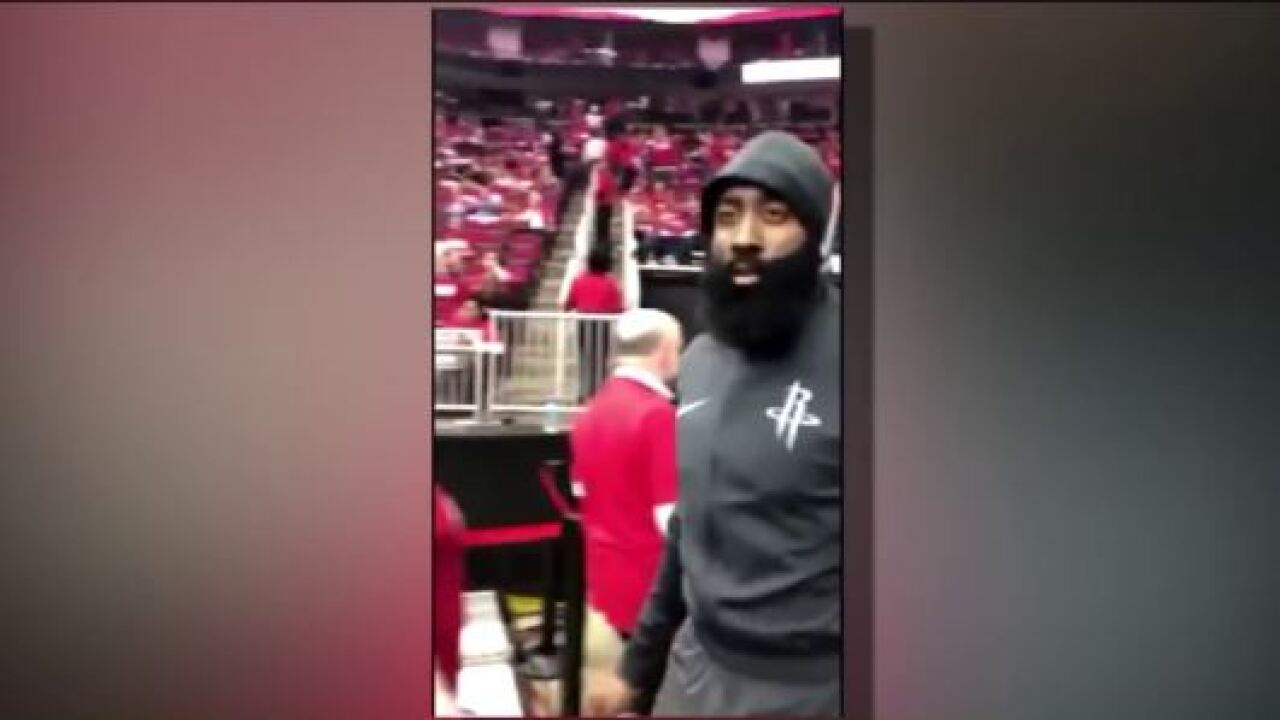 SALT LAKE CITY - For the second time in three games, a Utah Jazz fan has made the highlight reel—though it may be for reasons unwanted.

"You're the worst flopper in the NBA!" shouted Utah Jazz fan Jason Glad.

Glad was in Houston for Game 2 of the Rockets vs. Jazz series and scored a ticket right next to the Rockets' tunnel.

"I wasn't being vulgar, or racist, I was just trying to heckle him and get in his head a little bit," Glad sad of Rockets' star James Harden.

As a result of his heckling, Harden took a swipe at his phone, though Glad managed to hold on.

"It wasn't hard and I don't think he was trying to hurt me," Glad said of Harden's gesture. "It was more of 'Hey, you're being annoying.'"

As the Jazz vs Rockets series shifts back to Salt Lake City for Game 3, the Jazz organization has announced they plan on tweaking the NBA Fan Code of Conduct, a video that plays on the teams scoreboard before every game.

The video demonstrates the proper rules and behavior of being a fan. Come Friday night, the video will feature Jazz players for the first time.

However, not everyone believes the Jazz fan's gestures overstepped.

"It comes with the territory," said one fan who loved the heckling.

"As professional athletes, they should know better and have a thicker skin," said Augie Bau, a Golden State Warriors fan visiting Salt Lake City on business.

Glad said he wasn't trying to be inappropriate or vulgar, he was simply trying to get in Harden's head.

"I did not think I crossed any kind of line," he said. "I would absolutely do it again."