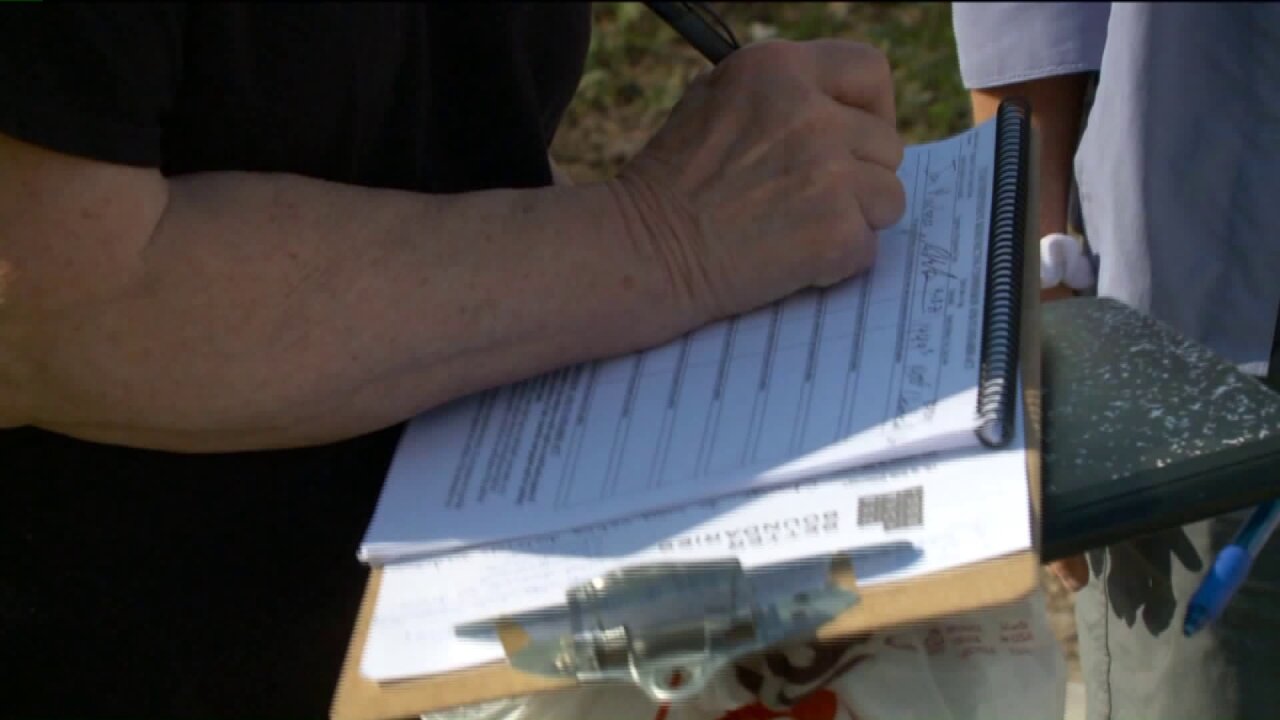 Drug Safe Utah, an anti-initiative political issue committee created by the Utah Medical Association and Utah Eagle Forum, is hiring canvassers and recruiting volunteers to knock on doors of those who wrote their signatures down in support of letting Utah voters decide the future of medical marijuana in the state.

“A lot of the people that we have talked to, they had no idea what they were signing,” said Utah Medical Association (UMA) CEO and Drug Safe Utah President Michelle McOmber.

She said many who signed that initiative didn’t read the full 28 pages, and she indicated they might not know what all it entails—and they might not agree with what it proposes.

“There's a lot of things in there that I think people are not aware of, and if they were aware of it, they would say, ‘Wait, wait, wait,’” she said.

McOmber said their canvassers and volunteers are talking with those who signed the initiative to let them know “they can do something about it,” as in file to remove their name from the signature list.

“If they weren't aware of certain things that are in the initiative, we’re just going to educate them, and then let them make a decision about whether or not they still want their name to be on the petition,” she said.

“We've never seen anything like this. This does not happen in the cannabis movement,” said Christine Stenquist, who was involved in the creation of the initiative and serves as president and founder of TRUCE, an advocate organization.

She said this is the first time across the country, that she’s aware of, that an organization like UMA has created a political issue committee.

UMA and Utah Eagle Forum, she said, have opposed legislative measures medical marijuana advocates tried to pass in the past.

“Now we're trying the next legal route to us, and now we're having that route shot down,” Stenquist said. “Patients have had enough. We've had enough of the bullying by the UMA.”

David Cromar, who helped gather signatures in Washington County, said a canvasser showed up on his doorstep in St. George and told him that UMA felt there were issues with the iniative and that people were tricked to sign their names.

Cromar said the man told him, “Signature gatherers like me were lying and deceiving the public, and tricking them into signing.”

When Cromar said he asked what specific lies people were told, the man replied, “I’m not sure.”

“We're just saying, ‘Here is information about that, and are you aware of this?’ and I think that's fair,” she said. “That's something about getting information out to the people.”

At a news conference last week, Governor Gary Herbert said he thinks it’s good to have the people’s voice heard.

“I’m a little bit off put by those who would go out there and try to talk people into taking their signature off the petition,” Gov. Herbert said. “Let’s have the debate, let’s have the pros and the cons and let’s vote.”

The initiative has gathered enough signatures to make the ballot. Drug Safe Utah has until May 15 to complete their campaign.