Man fighting for his life after terrifying bike crash in Canyonlands 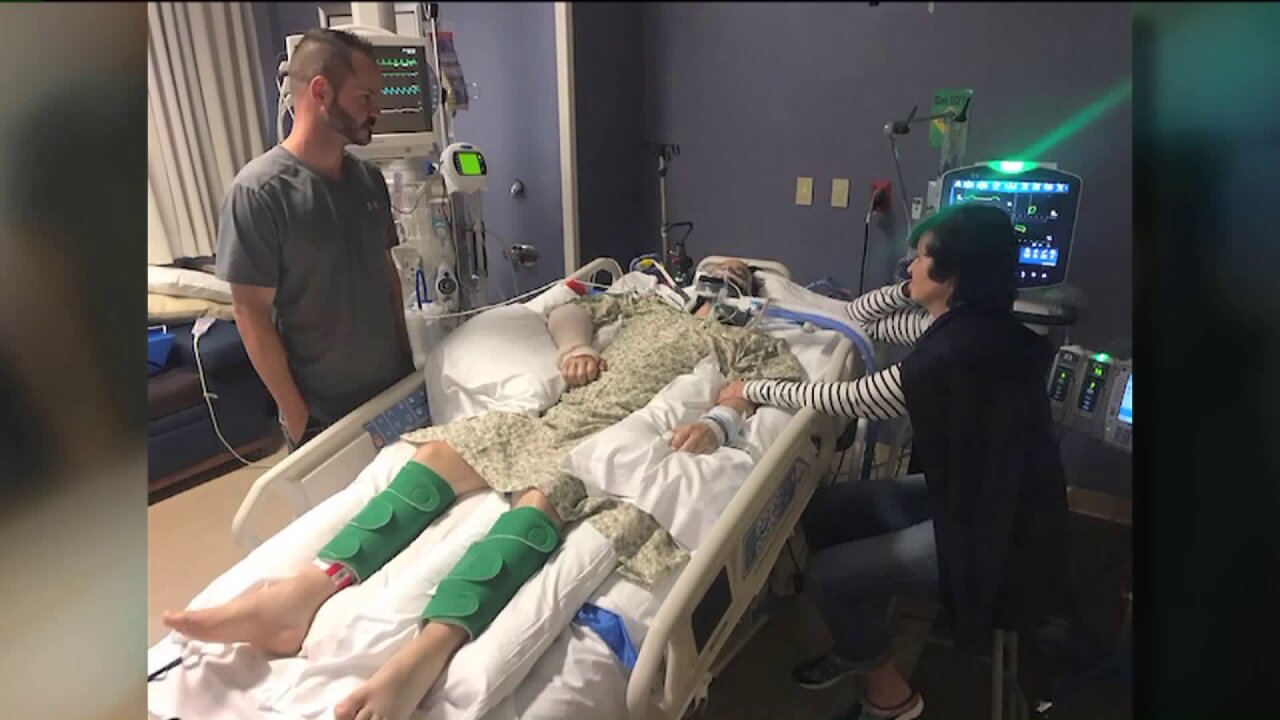 NORTH OGDEN, Utah - A North Ogden man is struggling to survive after a mountain bike crash in Canyonlands Thursday.

Nate Malan, a father of six, rode off a cliff on his bike and remains in critical condition.

The Malan’s are in a Colorado hospital and say the last 24 hours have been especially tough.

Nate crashed 3 and a half miles into the challenging 100-mile four-day long bike trip.

Still, only a few miles into the switchbacks on the white rim trail, Nate’s eyes did not adjust from the bright noonday sun into the canyon shade.

“His brother was only ten feet behind him and he saw Nate veering toward the cliff and he told him to turn right turn right and Nate didn't hear,” Quayle said.

Nate crashed 35 feet off the rocky cliff. Those in his biking group who were doctors and EMTs did all they could but knew Nate needed additional medical attention.

“He was deteriorating in our hands,” Quayle said.

Meanwhile, another biker somehow got cell service and found out an ambulance was already at the visitors center, responding to someone having chest pain.

“It normally is an hour drive from where the ambulance arrived in 15 minutes,” Quayle said.

Nate was taken to the hospital in critical condition and when his wife finally got there, she said he heard her voice and moved.

“Without him opening his eyes, he heard her voice, and his brow furrowed, and you could see the emotion that he finally knew she was there and it was priceless; absolutely priceless,” Quayle said.

With bleeding in his brain, 15 broken ribs, and fractures in his pelvis, it’s a long road to recovery, but Nate is making small but powerful steps.

His oldest child is getting married in a few weeks.

The family is far from home and overwhelmed with medical bills.

Loved ones created a GoFundMe page, to help with hospital bills during this difficult time.