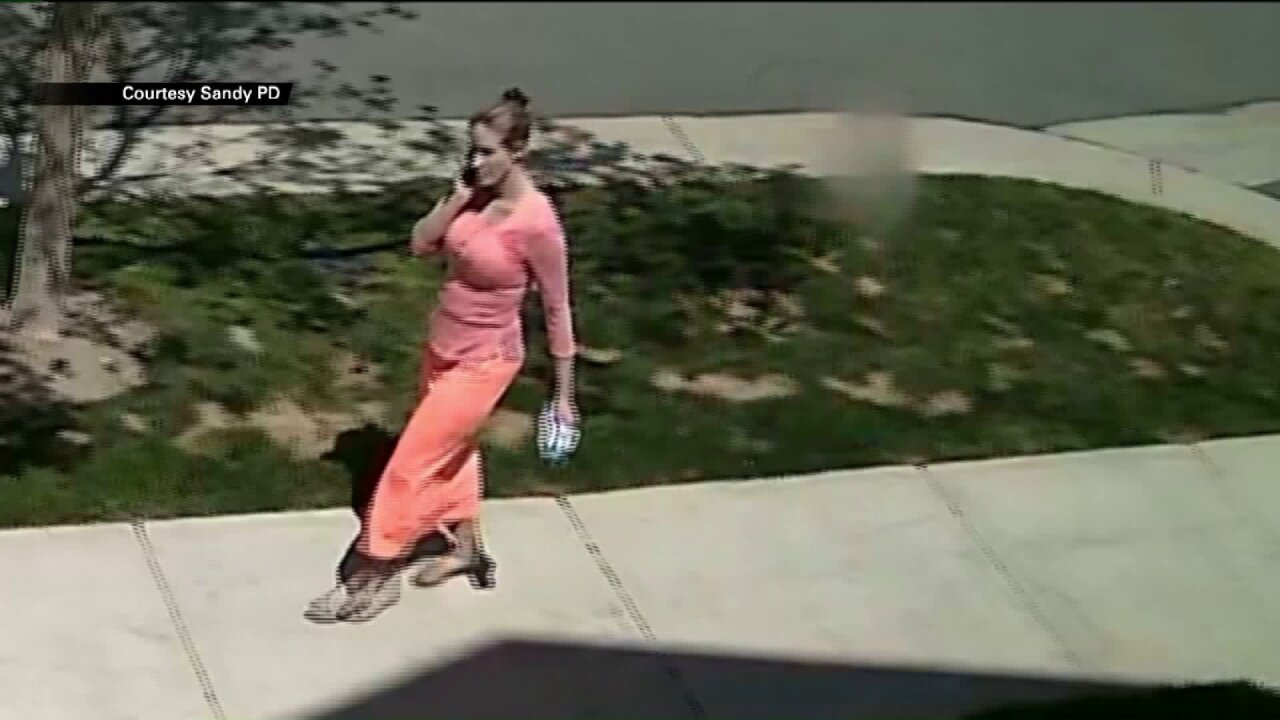 SANDY, Utah - A Sandy family is shocked and upset after they said home burglars hit their house twice in just over a two-week time span.

What the homeowners saw on surveillance, they said, has left them in disbelief.

Video from a nearby home shows and man and woman casually walking down a Sandy neighborhood sidewalk along Quarry Park Drive the afternoon of April 27.

According to police, the two are on their way to a ransack a home on Heights Drive after the family left the house.

"You feel violated," said Angie, the homeowner. "You feel like they've maybe been watching."

She may have not been home at the time, but Angie-- who wanted to remain anonymous-- said her family was at home sleeping the first time these burglars showed up in the middle of the night April 10.

"We really don't know how it happened, but they got in," Angie explained.

Angie knew something happened when she walked out into her garage the next morning and found her Jeep stolen, and the garage door wide open.

She and her husband Peter called 911, and Sandy police picked up the case. Seventeen whole days went by, with no sign of her SUV.

Then, she came home last Friday to find her house had been rummaged through and several items missing.

Her best guess of how they got in this time-- perhaps the garage door opener from her Jeep.

Angie said the burglars made off with a small pistol gun safe that contained a pistol, passport, social security cards and cash. The pair also took family heirloom pieces and jewelry that Angie said had been passed down from her grandmother.

Surveillance video revealed a man and woman were likely behind the events.

"I couldn't believe they had the audacity to come back in the same vehicle," she said.

He said the license plate has been removed from the Jeep. The two suspects are described as a male wearing a baseball-style hat, dark colored long sleeve shirt and baggy pants. The female is described as Caucasian with a pink top and a peach colored skirt with sandals.

Anyone who might know the suspects, has information about the case or has seen the whereabouts of the Jeep is urged to call Sandy City Police at 801-578-7200 or the anonymous tip line at 801-568-INFO.