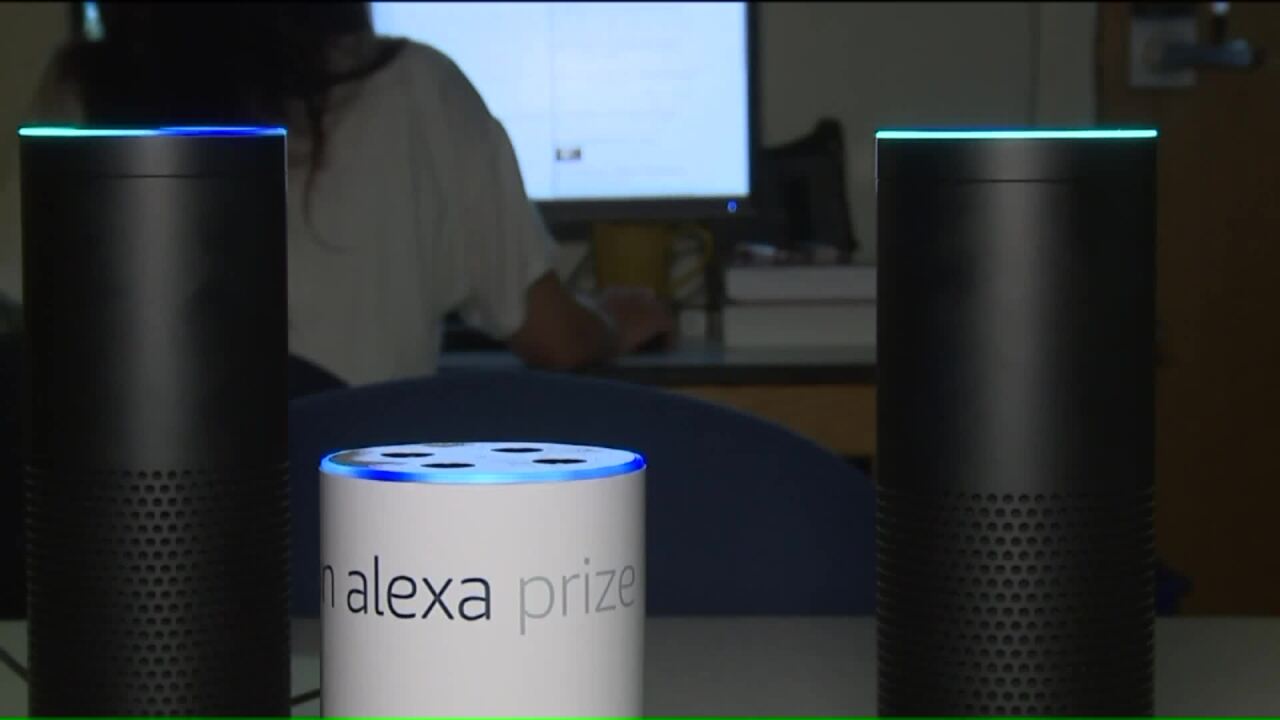 They are creating a personality for Alexa named “Eve.”

“For me, the most exciting part of this project is the ability to take the technology that already exists and say, OK, let’s push it a little further. How else can we augment this to help humanity? What other things can this tech do to improve people's lives?” said Nancy Fulda, the team lead for the BYU Eve project.

The students are one of eight teams from around the world in a competition commissioned by Amazon to develop this technology.

“We want her to have a common-sense understanding of the world, so that when you ask her a question, she can respond in a reasonable way,” Fulda said.

If the winning team reaches Amazon’s bar of excellence and creates an artificial personality that can carry a 20-minute conversation, the tech giant will award the school a $1 million grant.

The project involves hours of programming and trial and error.

The team uses data from websites like Reddit and Wikipedia, and through an algorithm, converts those words and information into numbers the device can understand.

“As you iterate and you give feedback signals to the machine learning algorithms, eventually it will adjust its outputs and it will create things that look like texts,” Fulda said.

Eve still has much to learn.

Fulda compares the artificial intelligence to a toddler.

“They say all kinds of crazy stuff,” she said. “They repeat all the bad words you don't want them to say.”

And while this project has thousands of hours of work still to go, the hope is it will eventually produce a highly advanced personality that can interact much like a human.

“The things we are doing are a lot smarter than what people have been doing in the past,” said Joshua Greaves, a junior at BYU working on the project.

The technology, when perfected, may change how the world works with computers.

“We are trying to do something momentous and game changing,” Fulda said.

The competition’s semi-final round is in July, with the finals taking place in November.