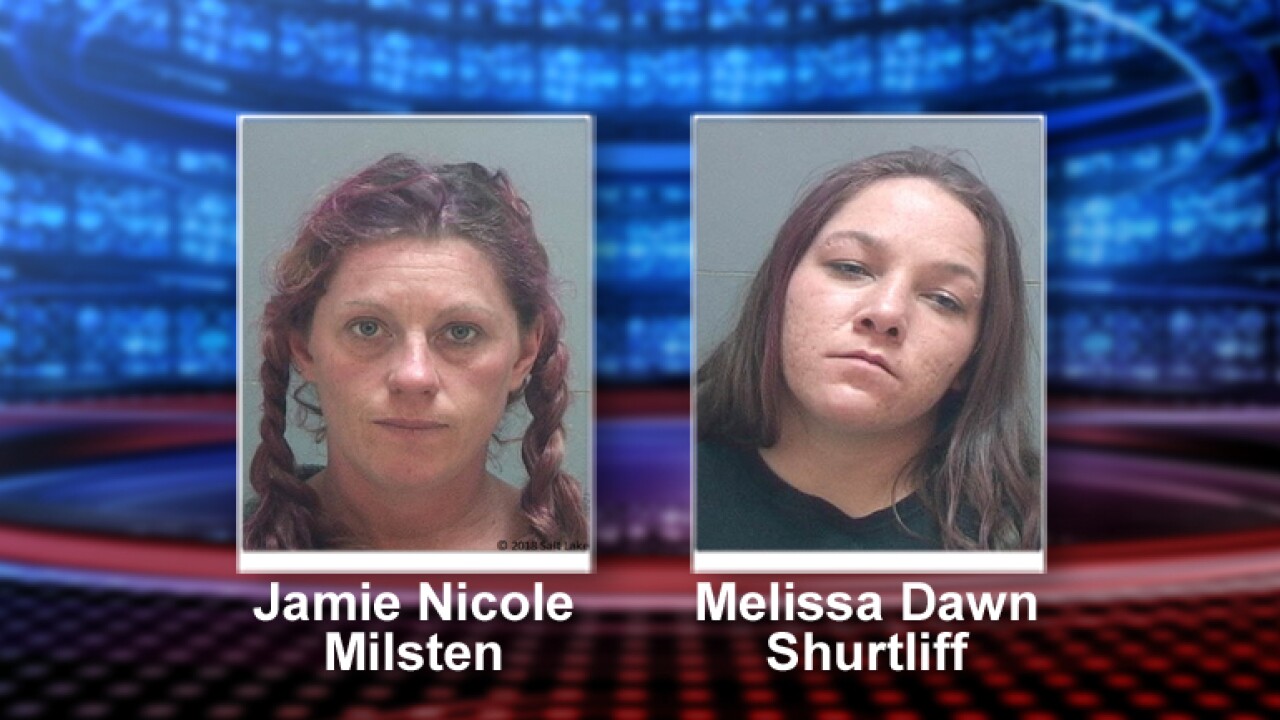 SALT LAKE CITY — One of two women wanted for an alleged home invasion robbery in Montana was arrested in Salt Lake City Wednesday after an officer spotted a woman hiding behind a bush.

According to Det. Ken Hansen of the Unified Police Department, an officer in the area of 171 West and 7200 South saw Jamie Nicole Milsten hiding behind a bush around 2:30 p.m. Wednesday.

The officer tried contacting the woman, but she walked away. The officer raised his voice and eventually the woman stopped. Hansen said the officer ran a check because he suspected Milsten might be a runaway, and that’s when he discovered a warrant for her arrest out of Montana and took her into custody

The FBI in Salt Lake City say Milsten and a woman named Melissa Dawn Shurtliff were wanted for their involvement in an alleged home invasion and robbery in Helena, Montana in April or May of 2017.

Police say that an accomplice of the women armed with a double-barreled sawed-off shotgun held the victims at gunpoint while Milsten searched the residence for money and drugs. Those two then fled the scene in a vehicle driven by Shurtliff. Police say the accomplice who wielded the shotgun was already in custody before the arrests in Utah.

Shurtliff was arrested in Sandy Tuesday after police received a tip indicating she was in the area of 36 East Pioneer Avenue. Police say she initially gave officers false information but they eventually identified her and booked her into jail on her warrants and are also screening charges for possession of methamphetamine.