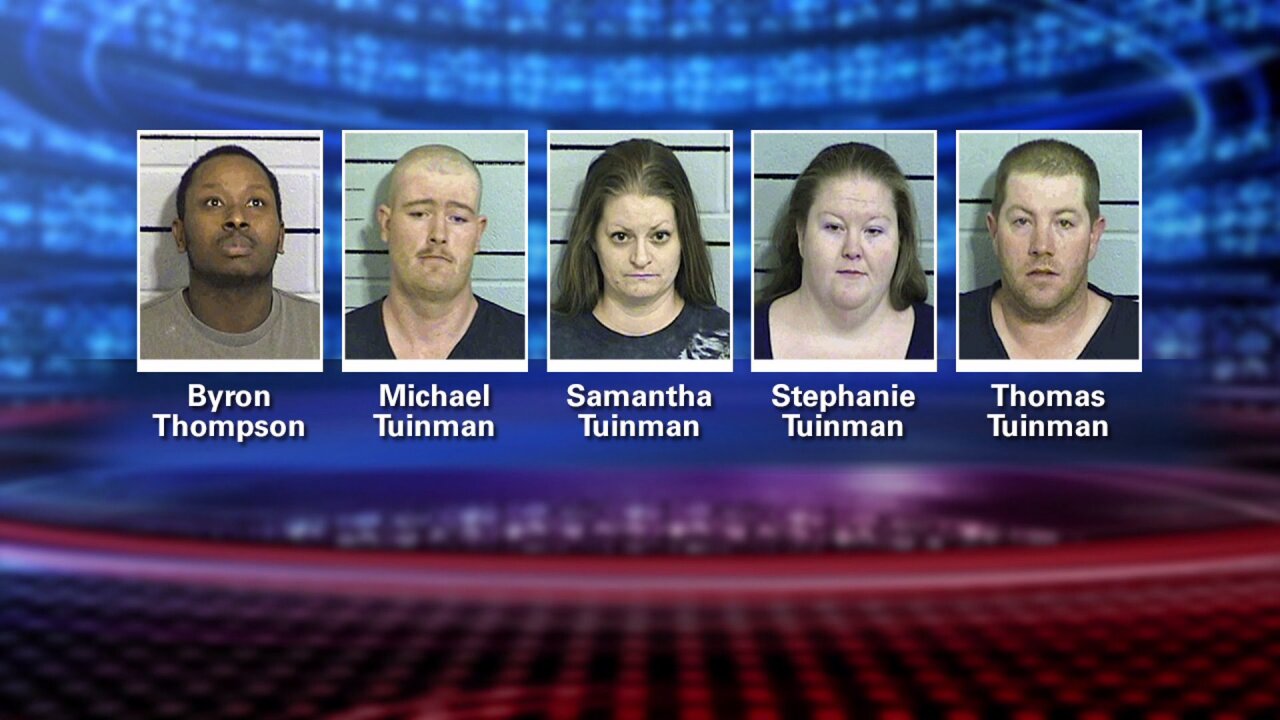 ROOSEVELT, Utah — Five suspects in a burglary and assault near Roosevelt are now facing murder charges after the victim died Sunday from her injuries.

Sherry Lynn Melo, 51, died Sunday at a hospital in Provo from injuries she suffered during an alleged burglary and assault at her home in Roosevelt April 6.

The amended murder charge is in addition to existing charges of aggravated assault and aggravated burglary.

All five remain in the Duchesne County Jail, and bail has been set at $50,000 cash only each as a result of the amended charges.

Police previously stated that Melo and her husband were injured when the five suspects broke down the couple’s front door, chased them outside and then attacked them. Meol told police one of the female suspects struck her in the head with a bat, click here for more on the attack.