Prepare yourself for a massive, 3-year road construction project in Utah County 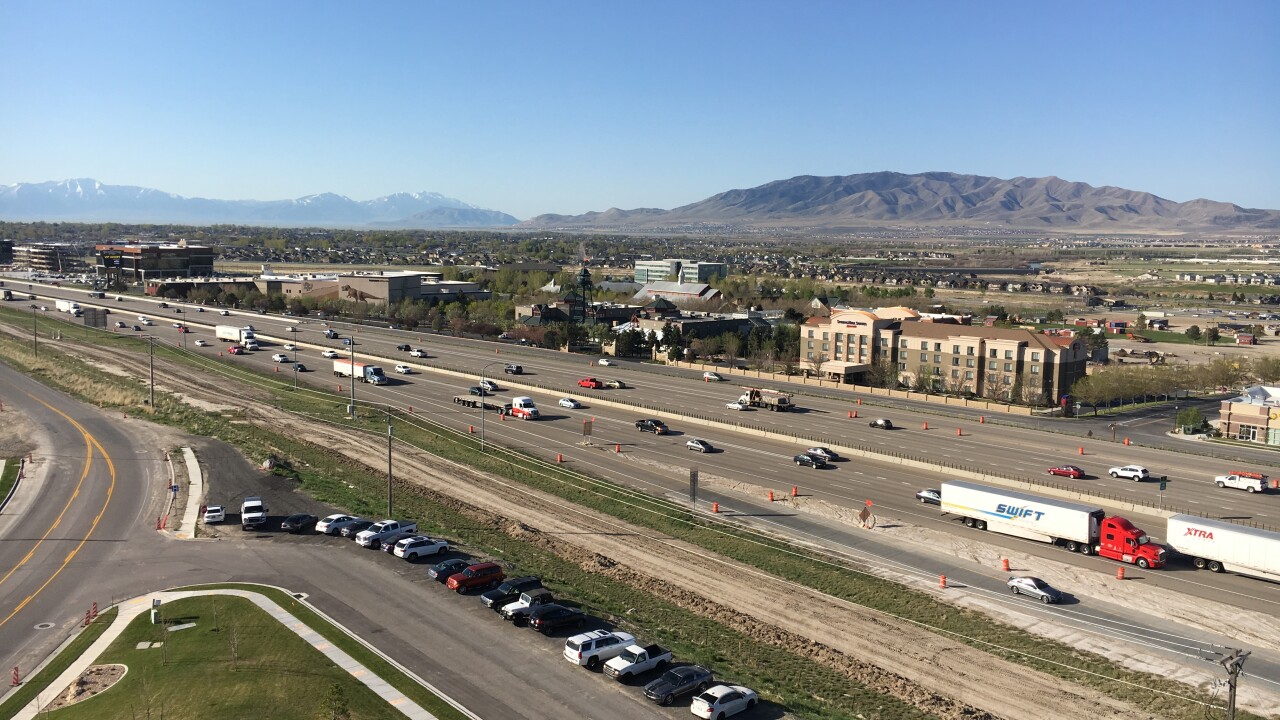 A portion of I-15 in Utah County set to go under construction. (Photo by Ben Winslow, FOX 13 News)

LEHI, Utah -- A massive road construction project is under way to expand I-15 here.

The construction, which begins immediately, will stretch from I-15 on the Utah County side of Point of the Mountain to Lehi's Main Street. There will be new bridges installed going east to west and work on SR-92. Big changes include one-way frontage roads and expanded lanes.

A portion of I-15 in Utah County set to go under construction. (Photo by Ben Winslow, FOX 13 News)

"Road construction never finishes. It’s a continual process," said Carlos Braceras, the executive director of the Utah Dept. of Transportation. "But this is the final segment in the I-15, Utah County project that we began seven or eight years ago."

Utah Gov. Gary Herbert helped kick off the project on Wednesday by flying a drone over the freeway. He declared this area a "top priority" project because of the explosive growth happening.

The "Silicon Slopes" is the site of massive growth. Tech companies are flooding into the area. It will expand into the southern part of Salt Lake County when the Utah State Prison ultimately moves.

Gov. Herbert predicted that Utah County's population would reach one million by 2040 and all that growth demanded they address transportation needs.

"We’re trying to get ahead of the curve. We already see the congestion," the governor said.

Andrew Howlett, a founding partner at the digital ad firm Rain, sees the commute every day from his offices. Twice a day, it's bumper-to-bumper traffic. His employees have had to shift their schedules to beat the gridlock.

"They just plan their day around it. They try to come early or leave late, and plan around that traffic," he told FOX 13.

To ease the pain during the construction, Braceras said contractors will add a lane of traffic through the work zone. Lanes will be narrower, but there will be five lanes in each direction of I-15.

The road project will cost at least $430 million. Sen. Stuart Adams, R-Layton, said it was being paid for by bonds. Asked if any money would be spent on public transit options in the area, Gov. Herbert said the legislature has been dealing with the Utah Transit Authority and reforms to the agency. He expected that more appropriations would be made to address public transit in Silicon Slopes.

Braceras told FOX 13 that public transit was a necessary component of future growth in the area.

"Our future’s really going to be made up of meeting that future transportation needs with roads, transit and active transportation, increased biking and walking," he said.