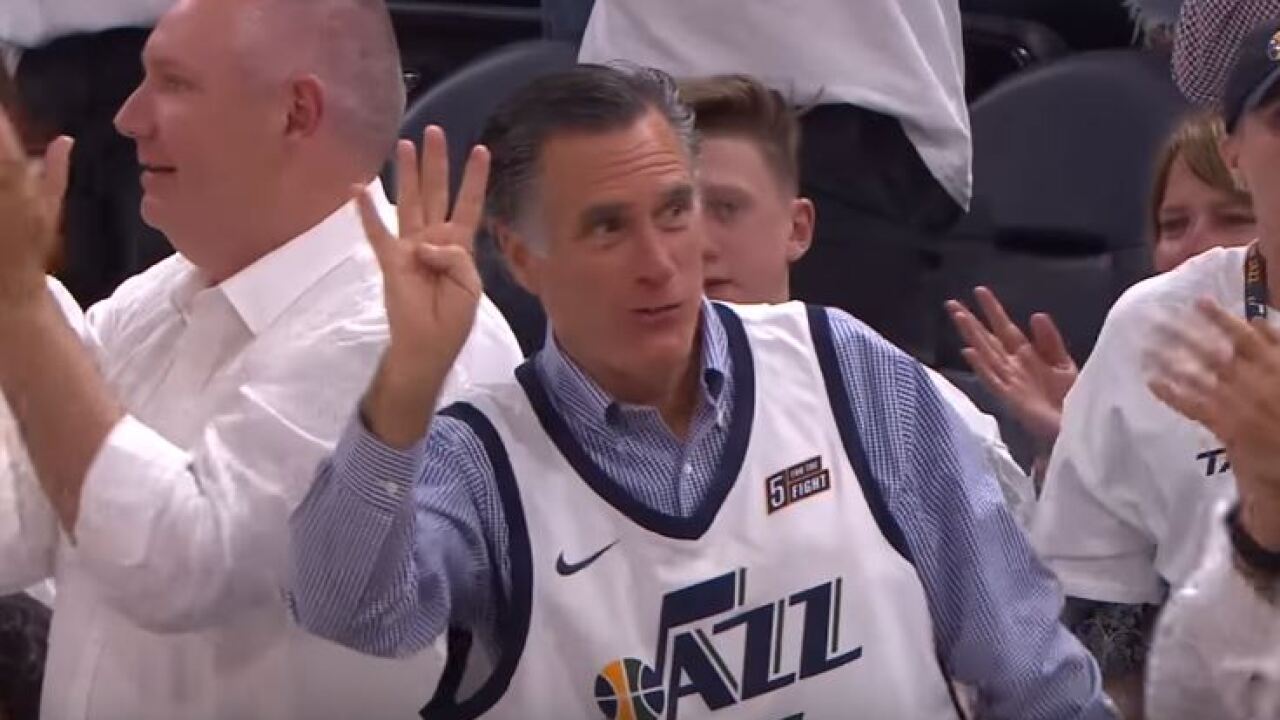 After Westbrook picked up his fourth foul in the first half of the game, Romney could be seen cheering, holding up four fingers, and mouthing “four” as Thunder players walked off the court in Salt Lake City.

If a player commits six fouls, they foul out of the game. Westbrook ultimately did not foul out, but the Thunder lost the game and now face elimination as Utah leads the series three games to one.

The former Massachusetts governor and GOP presidential nominee sported a No. 5 Jazz jersey with his name atop his blue long sleeve button-up shirt. The Bleacher Report pointed out that David Stockton currently sports the Jazz’s No. 5 jersey and Rodney Hood wore the number before he was traded.

On Saturday, Romney did not win the Utah Republican Party’s nomination for Orrin Hatch’s Senate seat, meaning he will have to run in a primary election in June.