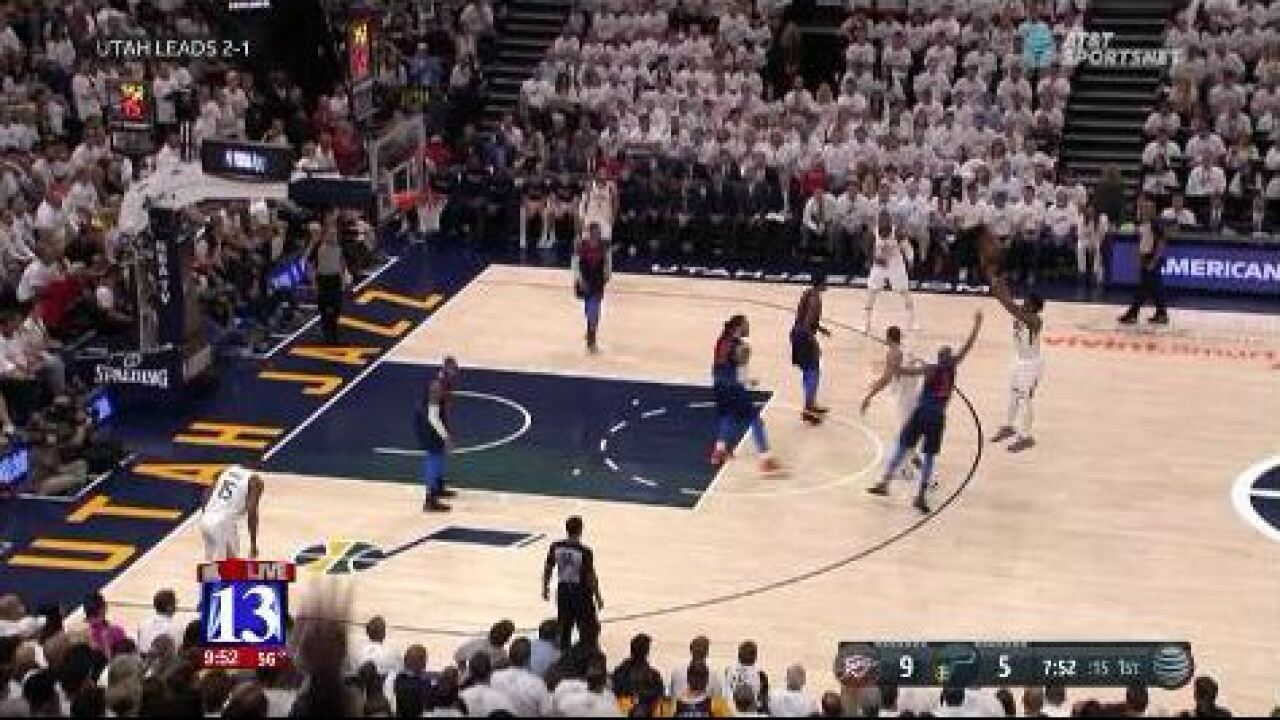 Donovan Mitchell scored 33 points to lead the Utah Jazz to a 113-96 win over the Oklahoma City Thunder in game four to take a commanding 3-1 lead in the first round NBA playoff series.

All five starters scored in double figures for the Jazz. Joe Ingles scored nine of his 20 points in the final 1:43 of the second quarter to help the Jazz lead 58-52 at halftime.

Paul George led Oklahoma City with 32 points, but the Thunder went just 5-of-26 from 3-point range.