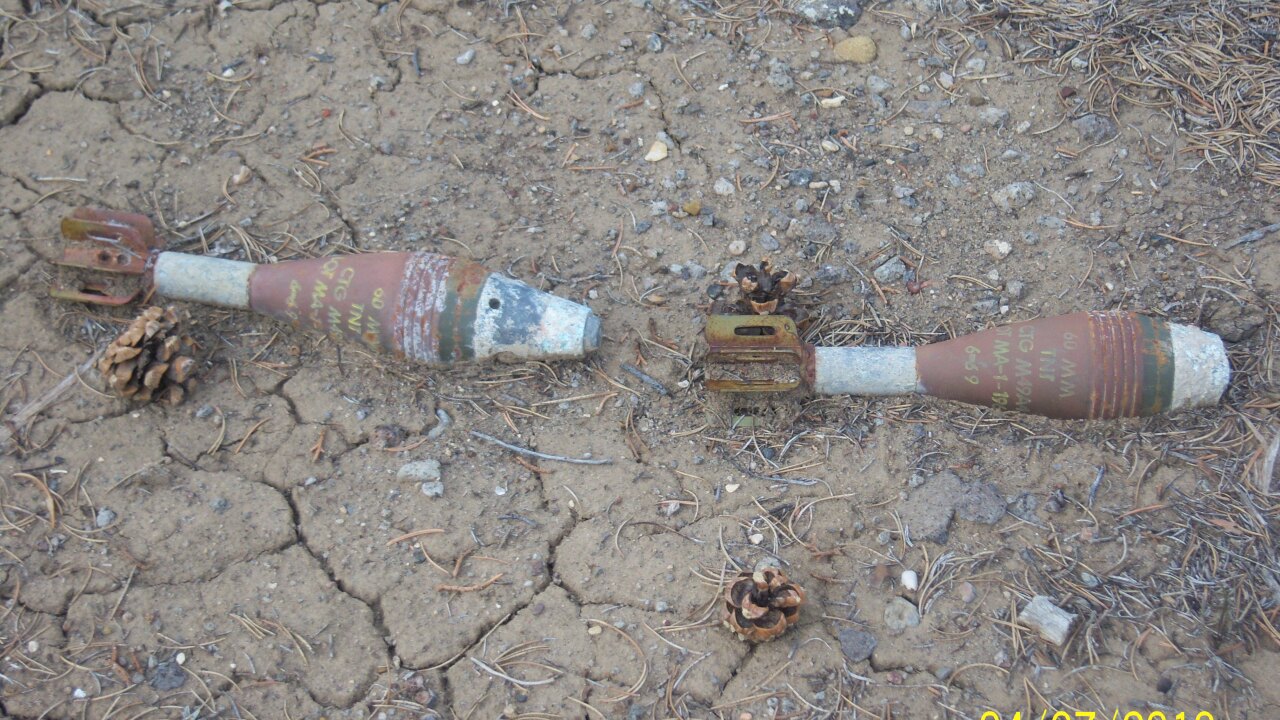 It was not confirmed if the mortars were live, but the sheriff’s office stated that a Hill Airforce Base Demolition Expert crew destroyed the two mortars on the scene.

On April 19, Sheriff Perkins with the Garfield County Sheriff’s Office received an email from the concerned citizen, who reported that they had found the mortars on Road 153.

The person told Perkins that they initially thought the mortars were bowling pins from a distance. When they took a closer look, the citizen realized the objects were in fact mortars lying on the ground.

The Hill Airforce Base Demolition Expert crew along with Deputy Eric Dunton of the Garfield County Sheriff’s Office went out to the site, where the mortars were destroyed.

The Garfield County Sheriff’s Office warned the public no not pick up or attempt to handle suspicious objects if they are found.

“Just take pictures and get coordinates and contact 911 or call the Sheriff’s Office,” the sheriff’s office advised.