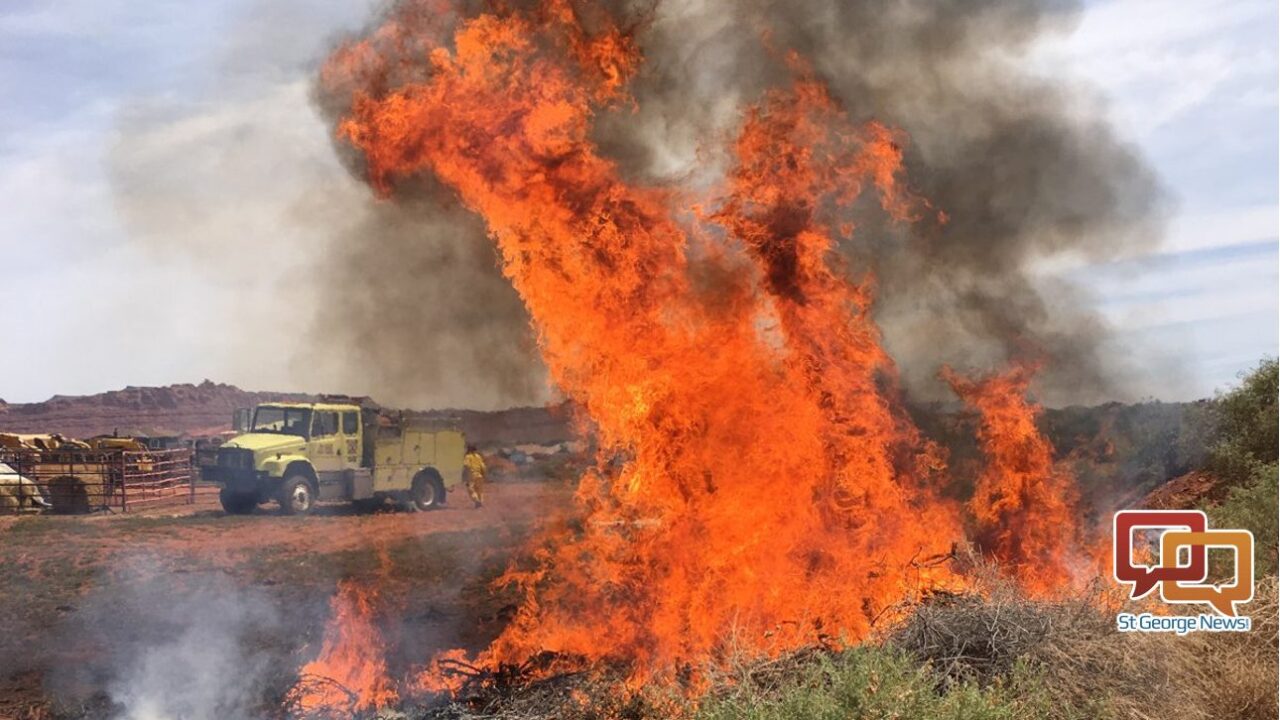 IVINS, Utah — A change in the wind caused a controlled burn in Ivins to escalate into a brush fire Sunday afternoon, St. George News reports.

When firefighters arrived on the scene in a field north of North Town Road at about 1 p.m., they discovered the burn had spread to another pile because of shifting wind, said Steve Ikuta, public information officer for Santa Clara-Ivins Fire and Rescue.

The landowner managing the controlled burn had a legal burn permit and had a garden hose nearby, but when the fire started to spread, he called 911, Ikuta said.

“We arrived on scene and contained the fire to keep it from spreading,” Ikuta said. “The gentleman here did have a garden hose to keep the flames down, but when the winds did pick up and change, he did the right thing as far as calling the fire department.”

There were no animals, buildings or people in danger of the flames, Ikuta said. An ambulance crew from Santa Clara-Ivins Fire and Rescue also responded for support and to rehydrate in the hot weather.