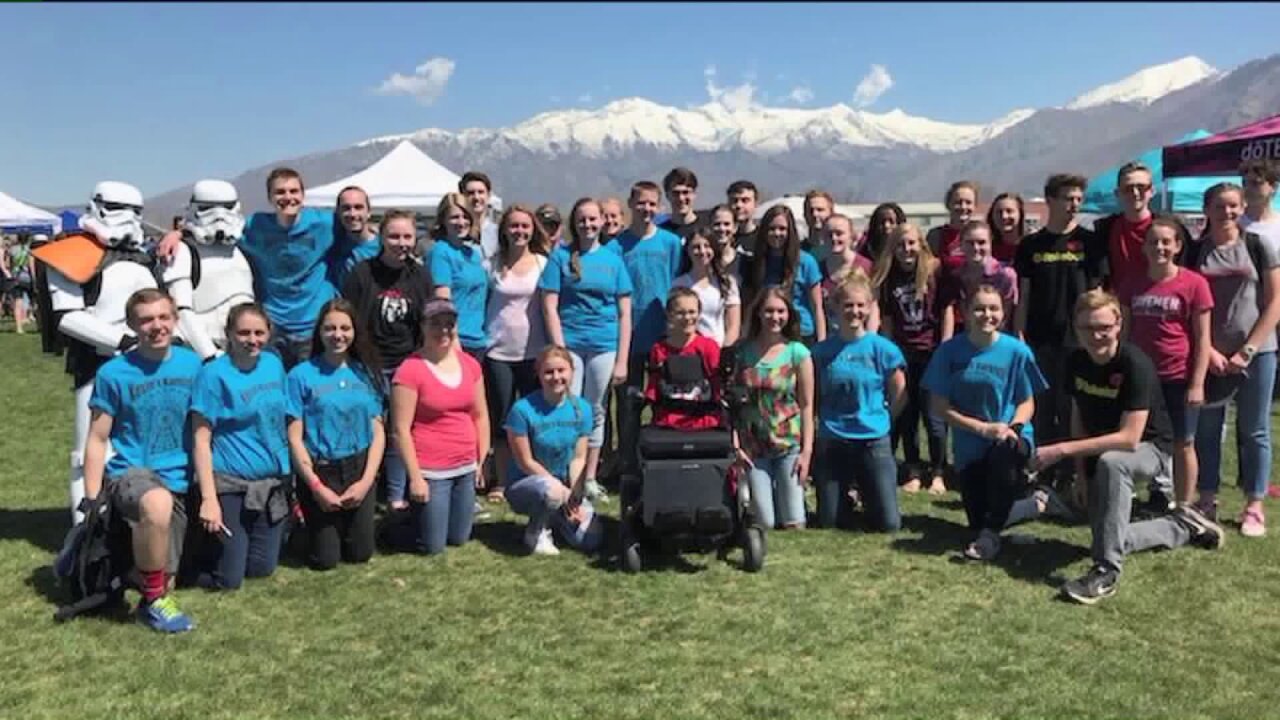 AMERICAN FORK, Utah – Rival high schools put their differences aside to raise money for a student in need Saturday.

The goal of the event was to raise money to help Kevin Baillargon’s family purchase a new wheelchair-accessible van.

“Lots of meetings,” said Alec Atkinson, a junior at American Fork H.S. “It has become a full time job the last two weeks.”

The student leaders have been organizing the event for seven months.

“It’s been worth it,” said Olivia Kono, a senior at Lone Peak High School. “Just so many people are willing to help.”

He has a rare condition called phocomelia that caused him to be born without arms and legs.

When the van used by his family broke down beyond repair, Kevin lost much of his mobility.

“Anywhere he goes outside of the school, he can`t take his wheelchair anywhere so his parents have to carry him around,” Atkinson said.

To help, the students put their rivalry aside to make a difference.

“We kind of overcome the rivalry and do something that will eventually change someone’s life,” Kono said.

“All the hard work that everyone in the community has put in is going to be paid off for Kevin and it was worth it,” Kono said.

Kevin said he is “very thankful” for all the work and sacrifices people have made to help him get a new van.

Those who organized the event believe it shows how teenagers can have an impact on the world.

The students raised more than $14,000 at the Karnival. Through other fundraisers, they hope to present Kevin’s family with the keys to a new van sometime in May.

You can make a donation to help Kevin get a new van at https://kevinskarnival.com/