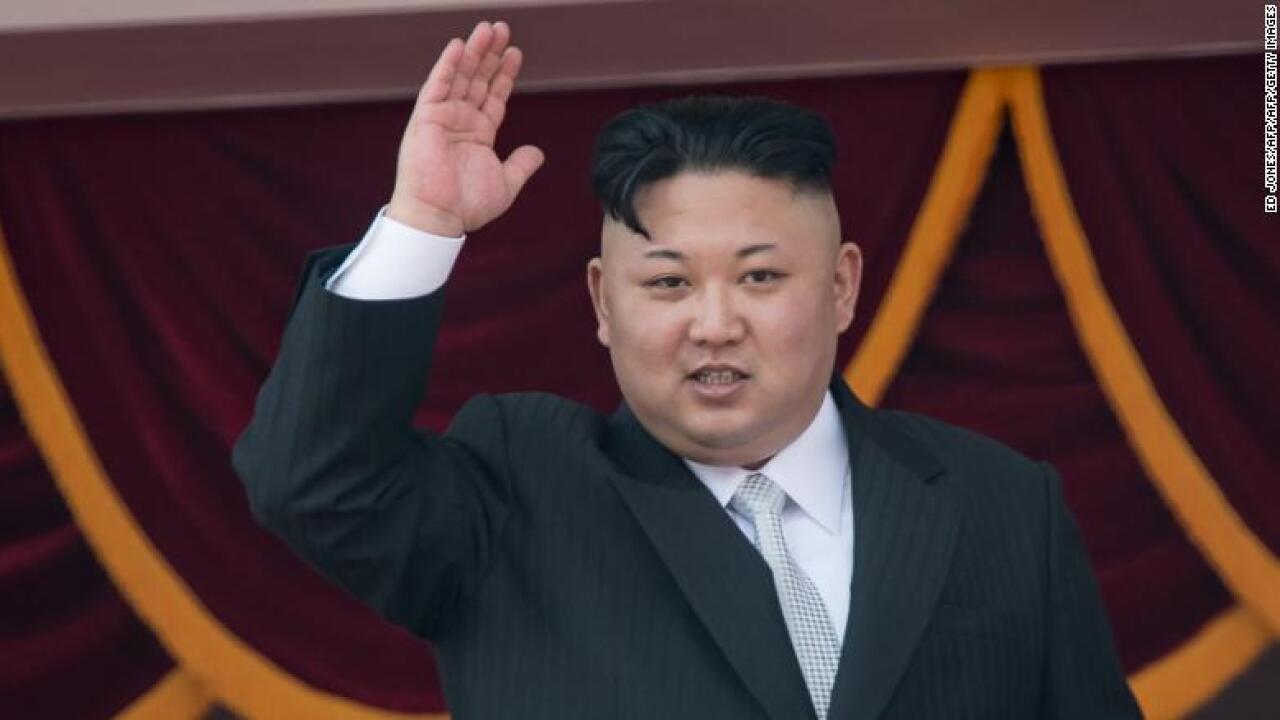 By Sophie Jeong and Will Ripley, CNN

Kim said Saturday that “under the proven condition of complete nuclear weapons, we no longer need any nuclear tests, mid-range and intercontinental ballistic rocket tests, and that the nuclear test site in northern area has also completed its mission,” as quoted by KCNA.

The announcement appears to signify a remarkable change in policy for the country that has relentlessly pursued the development of nuclear weapons as a means to ensure the regime’s survival.

The US and South Korea welcomed the news, which they said was a sign of progress and a promising start to upcoming talks.

“North Korea has agreed to suspend all Nuclear Tests and close up a major test site,” Trump tweeted. “This is very good news for North Korea and the World – big progress! Look forward to our Summit.”

A North Korea source told CNN that Kim has finally decided to open up a new chapter for his nation. Kim has committed himself to the path of denuclearization and will now focus solely on economic growth and improving the national economy, the source said.

The North Korean leader has realized the best path forward is to normalize relations with other countries, the source added. He is finally being recognized by the international community, and this is a historic, timely opportunity, the source said.

However, analysts stressed caution over Kim’s words, nothing that Pyongyang was likely to be seeking something in return.

“The announcement is significant, but you know, whether North Korea is truly serious remains to be seen,” said Sue Mi Terry, a former CIA North Korea analyst.

“North Koreans never give out anything for free so they’ll be looking for something from us.”

The change in North Korea’s policy was announced to its citizens via state news agency KCNA. It published a list of six points that emphasized the country had achieved its nuclear objectives.

“The nuclear test site in northern area will be discarded” — KCNA said as of Saturday North Korea will no longer conduct nuclear or intercontinental ballistic missile tests, and to “ensure transparency” the test site would be closed.

Commitment to “dramatically raise people’s lives” — Development of a “strong socialist economy” will become a priority for the country.

North Korea “will intensify close ties and dialogue” — The country says it’ll improve relations with neighboring countries and the international community to promote peace on the Korean peninsula and beyond.

At the time, Pyongyang claimed the device was a hydrogen bomb, a type of nuclear weapon that uses fusion instead of fission to increase the blast yield, or destructive power. It is also known as a thermonuclear bomb.​

North Korea has worked for years to miniaturize a nuclear warhead so it can be fitted atop a long-range missile and survive the heat-intensive process of re-entering the Earth’s atmosphere.

Last year, Pyongyang tested a new intercontinental ballistic missile it said could reach the entire US mainland, raising the threat that Kim could realistically follow through on his threat to target the US.

The decision to halt nuclear and missile testing comes just one week before the leaders of South and North Korea are due to meet at the demilitarized zone between the two countries.

The two countries started talking again for the first time in two years via a special phone line, and those talks led to North Korea’s participation in South Korea’s Winter Olympics.

Kim extended an invitation to South Korean President Moon Jae-In to go to Pyongyang, and the two agreed to meet next Friday, April 27, at the heavily fortified demilitarized zone (DMZ) between the two countries. Ahead of the talks, a hotline between the two capitals was reconnected Friday afternoon.

The upcoming face-to-face talks mark an extraordinary shift in relations that deteriorated even further in 2017 as Kim launched a barrage of missile tests and boasted of the success of his nuclear program.

Denuclearization is expected to be the focus of talks, as part of discussions to potentially move toward a peace treaty to formally end the Korean war. The Koreas signed armistice in 1953 that ended combat operations in the conflict but didn’t go as far as a peace agreement.

Earlier this week, Trump said he’d give his “blessing” for peace treaty — and said the upcoming talks were “a great chance to solve a world problem.”

Trump is due to meet Kim in late May or June at a location still to be decided. If the meeting goes ahead as planned it will be the first encounter between a sitting US President and North Korean leader.

Trump’s nominee for secretary of state, US CIA Director Mike Pompeo, laid the groundwork for the meeting with a secret trip to North Korea three weeks ago. His trip sent a message that both sides are serious about moving toward a solution to ease tensions on the Korean peninsula.