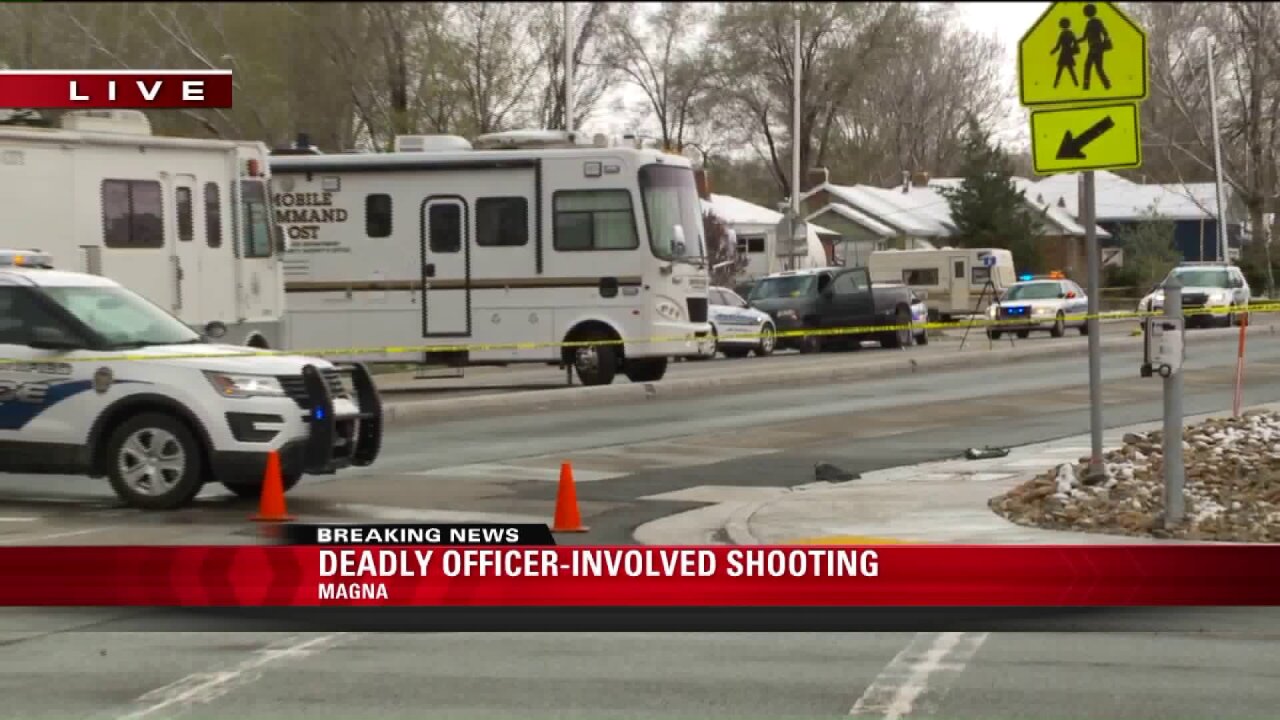 MAGNA, Utah - Police have identified the suspect an officer shot and killed in Magna as 41-year-old Lonnie Marcel Bowen of Salt Lake City.

Police shot Bowen near 8400 W. 2700 S. Tuesday morning during a police chase that ended in Magna.

At about 3 a.m., Unified Police said an "agitated" man called 911 and said, "Tell your officers to back off or I will shove this knife through her throat."

They saw a truck leaving the area and took down the license plate.

At about 4 a.m., Unified Police learned West Valley City officers were involved in a chase with the same truck they saw leaving Millcreek.

Officers said the chase started near 5600 W. 3100 S. and continued through West Valley City and into Magna.

A Unified Police officer approached the truck and was forced to fire at the man inside, Bowen, for an unknown reason.

Bowen died at the scene.

Police said Bowen had hurt the woman who was in the truck with him; she went to the hospital with non-life-threatening injuries.

No officers were injured.